When Sample Logic approached us about an advance review of their latest instrument, I couldn’t have been more excited. Having spent more time than I’d care to admit lost deep within the sound library of Cinematic Guitars Infinity, I was quite eager to hear what they had up their sleeves next. Spoiler alert: it doesn’t disappoint.

Gamelan is a huge library (a bit more than 14 gigabytes) of Gamelan-inspired source material which is meticulously crafted to blend the traditional Java and Bali tones into a synth-blended sonic landscape. The possibilities of sound design with this library are just huge, although like Cinematic Guitars Infinity, it’s quite likely that you’ll watch several hours of your life pass by just playing around with the presets. The folks at Sample Logic are no stranger to unique sound design, and once again they have absolutely delivered on an instrument that really sparks your creativity from the moment you boot it up. 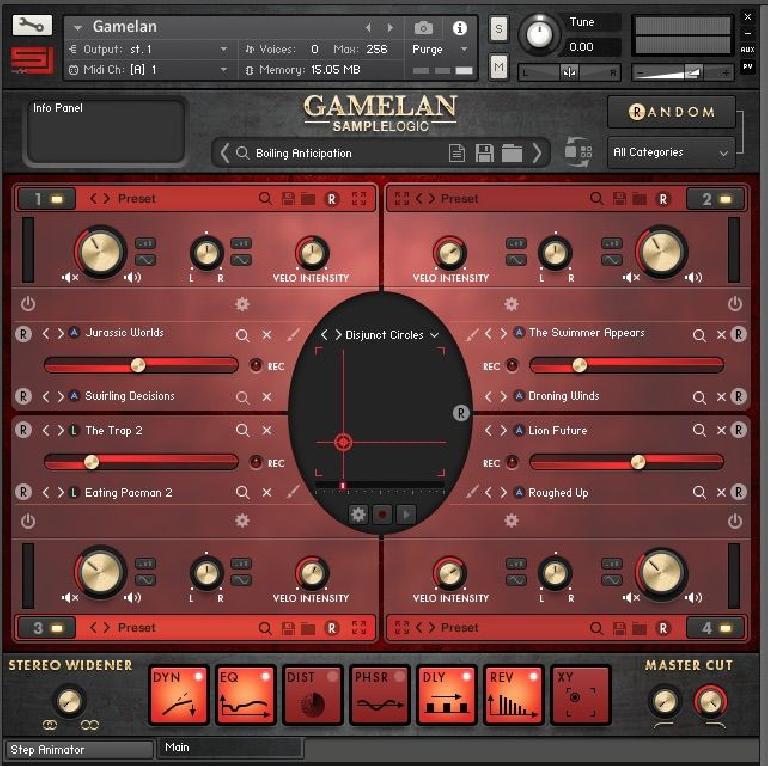 The acoustic samples themselves were recorded at Skywalker Sound, and there is definitely a level of polish to them that reflects this. The level of detail in the ethnic sounds is just astounding, and the high-resolution synth sources and effects mix together with them extremely well. You can use Gamelan as a virtual instrument and simply play a huge library of uniquely crafted acoustic/synth hybrid instruments. That’s not where it ends, however. There are loops utilizing the instruments, there are atmospheres, synth-laden percussion grooves, cinematic sound tools—this library just seems to go on forever.

It’s All About Combining

During my preview of Gamelan, I found that one of the things that made this instrument so special was the sheer size of the layers I could create with it. Each area of the interface where a sound can be loaded up (called ‘soundcores’) can hold 2 sources. There are 4 soundcores, so you’ve got a total of 8 different layers that can be combined to create a huge sound. I really loved the way this works, because each soundcore has a well-designed browser that allows you to quickly swap out whatever is there with something else. If I found an awesome cinematic style percussion loop and wanted a bit more of a pitch element in it, I simply swapped out one instrument for a bell sound, or a synth sound, or vocals, or any one of the many ethnic-inspired instruments that are included. 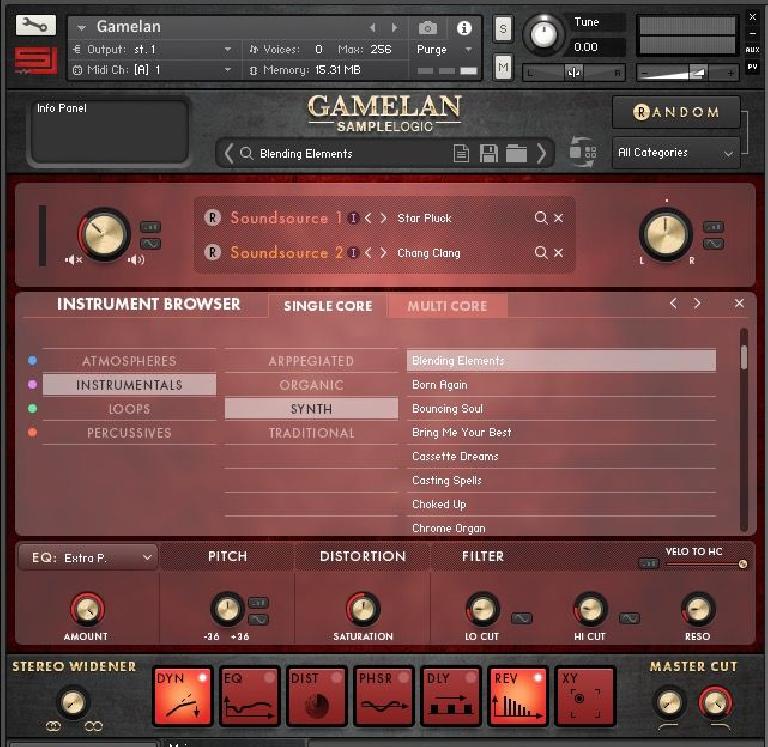 Gamelan lets you combine up to 8 soundsources.

If it sounds like I’m really excited about Gamelan, that’s because I am! One of the things I’ve come to expect (and appreciate) about Sample Logic instruments is how they can be used in so many different ways. Want an incredible synth sound with an ‘industrial’ percussive attack? Check. Need an evolving pad that evokes an Indian tone? Yup. How about an arpeggiated/sequenced synth over a Balinese drone? No problem. 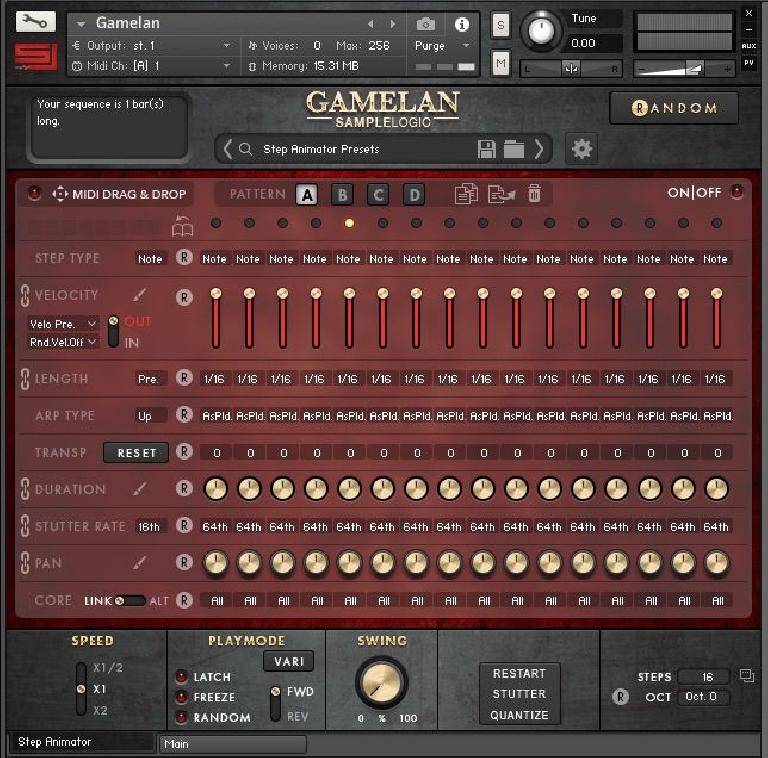 Arpeggiate to your heart's content with the Step Animator.

What puts the biggest smile on my face, however, is how quickly you can assemble film cues with this instrument. There are just so many presets to choose from that can fill up an entire scene on their own, and you’re in total harmonic control! This is a really versatile instrument. Typically, modern instruments and effect tools fall into the category of ‘things that help me be creative’ or ‘things that save me time’. Sample Logic’s Gamelan covers both of those categories without missing a beat.

Cons: There’s so much here, it can be overwhelming at times. Best to explore the presets for a long time and get comfortable with them first.