SONiVOX is well known for lovingly sampled instruments, and their latest addition to the library, Tony Coleman Drums, looks like another great option for musicians, producers, and songwriters looking for high-quality drum samples in a fairly straightforward interface. I spent some time with it this week and here's what I found. 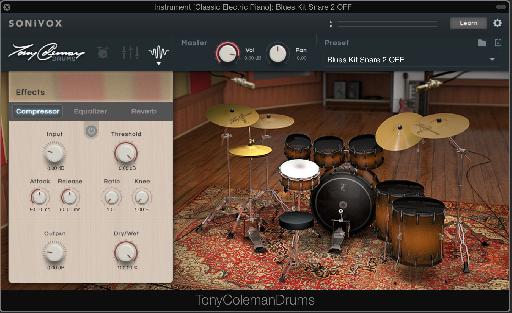 The first word that came to mind when trying to describe Tony Coleman Drums was '˜boutique'. The drum sounds have a polish to them that really helps give a track that blues/funk/jazz / soul feel. You may be only dealing with a single drum kit here, but it's one that's been meticulously sampled with different articulations, configurations, and effects. SONiVOX states that many of the kick and snare samples were recorded with 2-inch Studer tape compression, and that didn't surprise me one bit. These drums sounds just feel '˜ready to go' right out of the plugin.

The effect engine is another thing I should mention. I was pleasantly surprised to hear that the effects were quite musical and usable. A danger you can run into with drum plugins is that many virtual instrument manufactures tend to be quite heavy-handed with the compression and room noise. This wasn't so with Tony Coleman Drums. I found the compression to be subtle and musical. The reverb is a bit thick when you first turn it on, but after dialing it back a bit, I found no need to route the instrument through my typical reverb chain in my DAW. 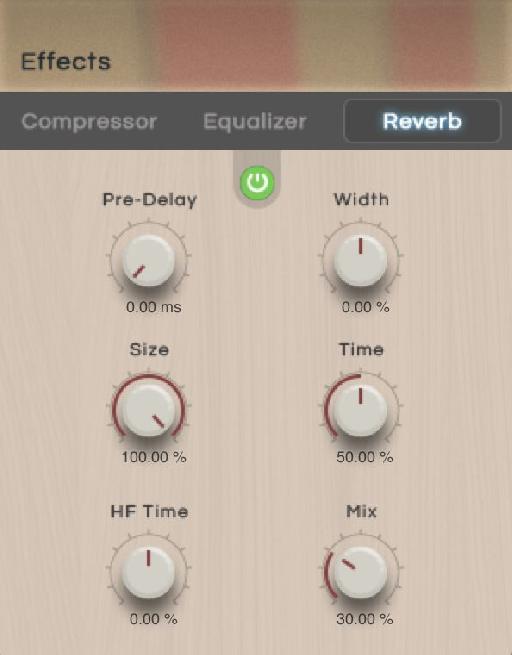 Make no mistake about it, first and foremost, Tony Coleman Drums is about getting you the Tony Coleman sound. If you're looking for things like loops, riffs, pattern sequencers, file browsers'¦ you'll have to look elsewhere. The interface is incredibly simplified, giving you access to almost everything you need in a single screen. Re-mapping the drums is as easy as engaging the '˜learn' button and pressing a note on your controller. It took me a few minutes to figure out the paradigm of '˜click learn, click on a drum, play a midi-note, then change the articulation', but once I did I was able to re-map the kit to respond to any midi controller I liked (including an electronic kit).

The CPU footprint for TCD was quite low. I was actually rather impressed at how crisp and responsive the instrument was considering how little resources it took to run it. When I want a clean drum sound with little to no configuration or effort, I believe I'm going to be reaching for Tony Coleman Drums for sure. At the price SONiVOX is currently selling it for, this one is a no-brainer if you are in the market for a great sounding drum kit.