Transformation is the latest sample library from Sounds of Revolution, a highly regarded German-based sound design shop headed up by Oliver Schmitt. This is a dark and stunningly visual collection of 879 beautifully recorded and processed WAV files. Think pneumatic battle armor, complex motion sequences, 22nd century electromagnetic flyovers and close up recordings of hate bots and you'll get the idea. While many of these sounds have their origins in extensive industrial field recordings, they have been tastefully and entirely cloaked. Anything sonically familiar is absent. For me that ranks as a big plus. The production quality is top shelf and the attention to movement, imaging, trail offs and level matching is entirely professional. I can see this being a very serious bit of kit for indy game/film sound designers, as well as standard issue pick and shovel for the One Zillion Bros headed for the Dubstep gold fields. That is not a criticism as much as it is an admonishment to get there first. 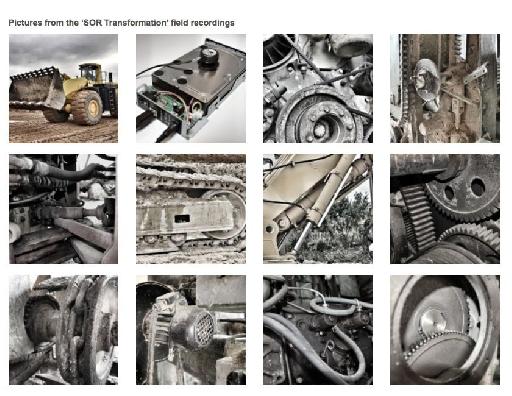 Two formats are offered, 24-bit 44.1 kHz, 1.45 GB and 24 bit 96 kHz, at 3.12 GB. Since both cost the same you'll have to decide before checking out. For most users the 44.1 kHz Full Pack is the logical choice. It sounds great. If you do high-end film or game sound you will definitely want to choose the 96 kHz files. Higher resolution files survive transpositions 2 octaves in either direction with more 'air' and less artifacts. This is contingent upon whether the actual source recordings and processing where 96k throughout production. Split packs are also available, but since there are very few duds in this collection I recommend buying the Full Pack.

Like most of you my system drive is sorely challenged for space, so I was intrigued to see Kontakt 4+ and .EXS patch files included. Auditioning library sounds easily from the sampler/keyboard rather than a browser means a huge time savings for me. The catch with samplers is that my DAWs need to see (using aliases) those external sample drives without any glitches, or my life as a composer turns into an inspiration killing Hate Machine. Since Kontakt 5, (free download at Native Instruments) has an integrated browser, I was up and running with various Transformation patches in under 3 minutes. Re-linking files was as easy as mounting the drive and repointing Kontakt to the folder. Big Win'¦ 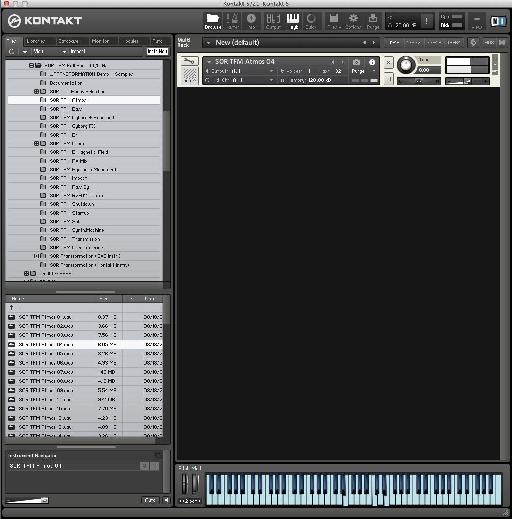 When I switched to Logic and the aging .EXS sampler none of the patches worked as intended. To be fair, I could have spent an hour sorting it out, but Kontakt works in Logic so it was easy to stop the pain. If .EXS is integral to your workflow plan on spending some extra integration time. It's important to note that the EXS and Kontakt patches are only provided as a convenient auditioning mechanism and should in no way be viewed as anything approaching a comprehensive sampler instrument.

Let's face it, library designers and patch makers are forced to walk a fine line. Their offerings have to have an immediate off the shelf appeal or they don't sell. If the sounds are too stripped back then novice buyers don't have enough boom and sizzle to commit. My minor criticism of Transformation is that some of these sounds are so enveloping there is no room left at the table sonically. I for one could easily see myself buying a stemmed version of Transformation. One that lets me break into the elements and strip them back some. But that is minor quibbling. This is a great library well worth the price and then some. The real test for me was to write some music with it. The sounds are in their raw form. I used no EQ or effects whatsoever, just some SSL Mix Bus Compression and a light mastering with iZotope 6. You can check it out here:

Bill Burgess
Bill Burgess went to Berklee College of Music on a Buddy Rich scholarship, where he studied Film Score and Performance. After 5 years as a touring musician, he opened one of a handful of recording studios in Los Angeles based upon a then unproven platform now known as Pro Tools. As a producer/engineer he recorded nearly 25 CDâ€™s and has composed music for Apple, NBC, Disney and Miramax. Apple recruited him to re-design the worldwide Logic Pro training program and that led to a position as Appleâ€™s pro audio liaison to the top 1% of music creators worldwide. In 2009 Bill co-founded Division of Wonder, an experience design firm that merges disparate media technologies into one of a kind art installations for corporate clients. Bill is currently working on a new EP under the moniker Day of Radiance and is a member of the LA new music trio Space Dozer. As a software trainer he has nearly 600 video tutorials available on macProVideo.com.
Related Videos
Comments (0)