All Articles Review
Review: Wave Alchemy Berlin Techno
G.W. Childs IV on Sat, October 7th 0 comments
Berlin is a world leader in producing great techno music. But what if you're not nearby and still want those signature sounds? Wave Alchemy's Berlin Techno collection could be just the ticket.

For those of us with limited future travel plans, a little glimpse in to what’s going on sonically in the clubs in other parts of the world is always welcome. And there is no place more exciting for me than Berlin. The sounds emerging, the groove and the vibe are uniquely captured in a new sample library from Wave Alchemy. In this review, I’d like to tell you all about it!

They seem to have really covered all of the angles. As I finish previewing and re-enacting the handy walkthrough that describes quick installation of Berlin Techno, I finally get to sit down and play with the new palette virtually laying before me. Without even thinking about it, I jump in to the drums. As many of the loops are recorded and labeled at 125, I set Ableton’s tempo accordingly. As I drop in the first loop from the pack, suddenly the familiar four on the floor begins pulsing in to my session. A kick both powerful but not over the top. Once I spot the instruments folder, it’s all over. Samples mapped over a whole keyboard in the form of a Simpler patch filled with nothing but stabs? Well, why don’t we just hit the session record button. 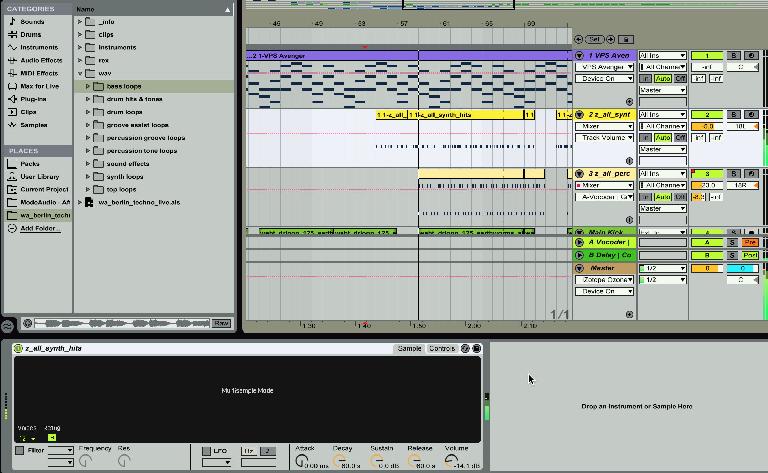 Both basic wave files and REX files are available, which makes this pack plenty valuable for people who want to get surgical and play out some of the loops as mapped drum patches. Additionally, there are a lot of extremely handy synth and bass loops in MIDI form. I also love the Groove Assist Loops within the REX and wave loops. These rhythmic effects really help in adding dimension and swing to what can easily wind up sounding very robotic.

Between the loops, Simpler patches and a well created file structure, within an hour I had something that made my head move up and down, and had my neighbor down the hall dancing. 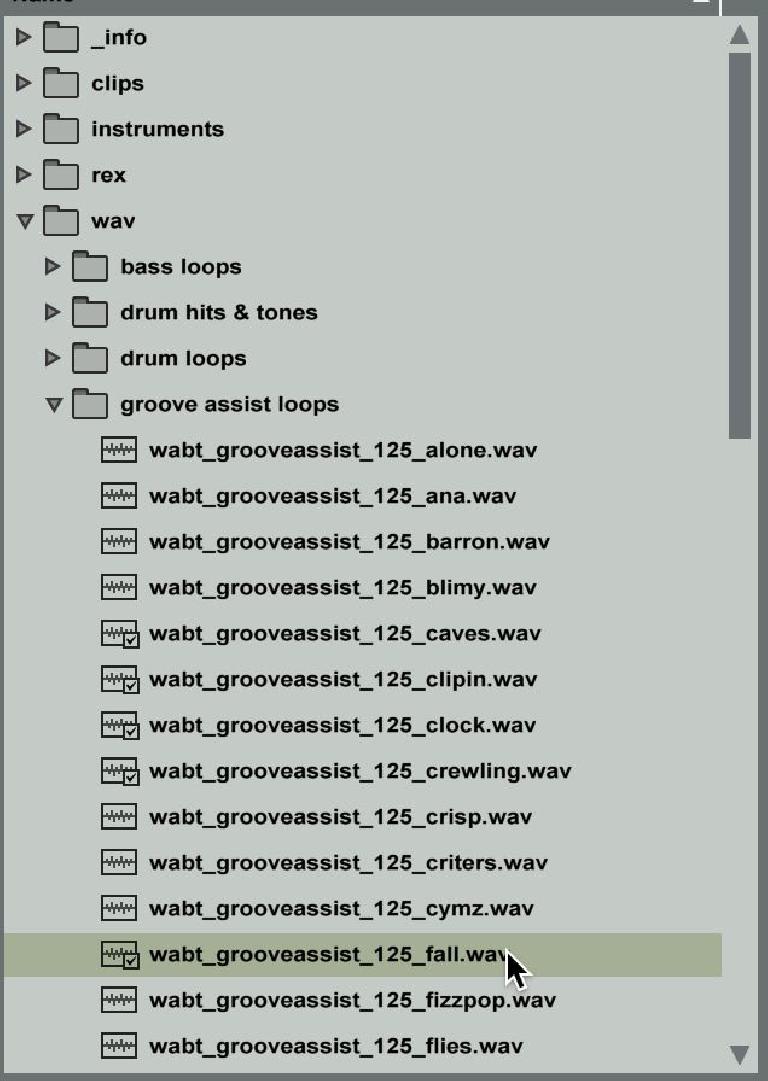 That’s literally what happened for me at the beginning of my foray in to Wave Alchemy’s audio representation of what Berlin Techno sounds like within Ableton Live; I hit the record button and began an audio journey to another place, through another person’s programming, sound design and ears. 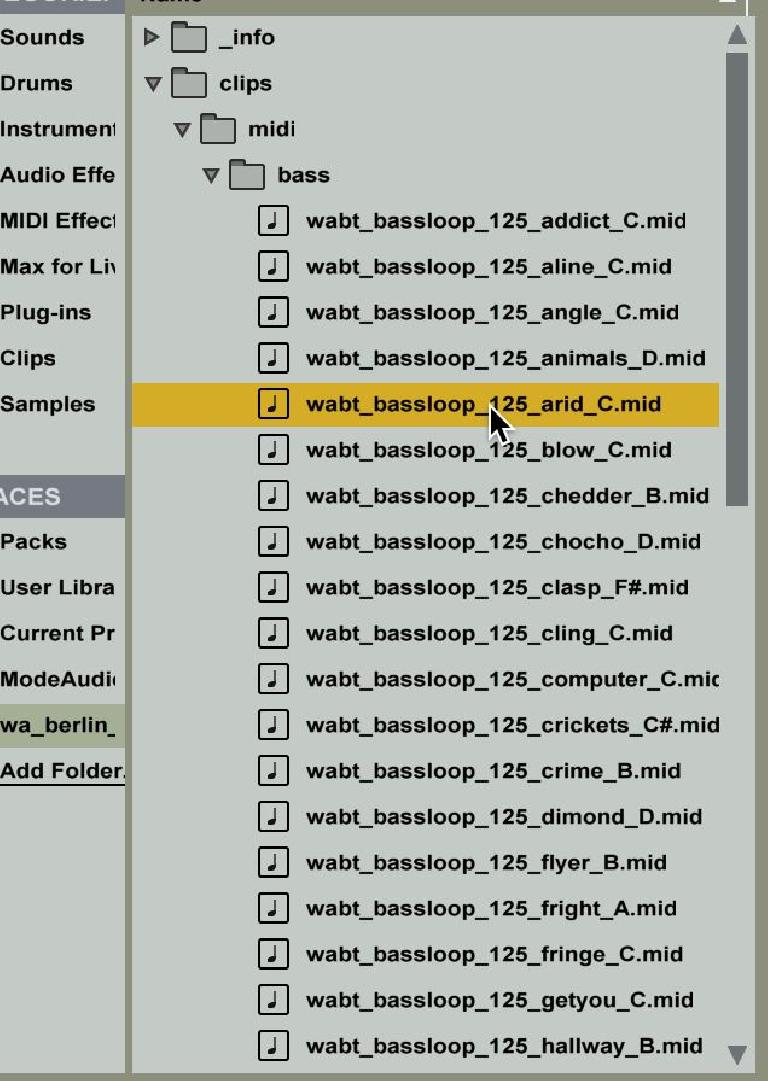 Of course, I love the highly energized loops, percussion loops, even groove assist loops, kits and instruments. But I always enjoy when there are some great one-shot samples to include my current drum patches as well as cool FX and synth stabs. WaveAlchemy does not disappoint here, in Berlin Techno, either. In the Drum Hits and Tones section, there are a huge selection of kicks, snares, claps, synth hits, and some really cool percussion FX that will blend nicely with other sounds from other libraries as well as being hugely formidable on their own. While there aren’t many bass one-shots, I will say that the bass loops and REX files make for wonderful starting patterns that are very easy to ‘redesign’ if you know what I mean.

I really loved the Berlin Techno Sample Pack from Wave Alchemy. It’s big, exciting and goes a long way to make you feel at home in someone else’s sounds. And like all of their packs, the price is definitely right. $30 for kits of this caliber is nothing!

Learn more about producing Techno and other genres of EDM in the AskAudio Academy here.
Related

Dream It. Do It.
Do you want to learn Miro Pajic | The Art of Techno?
Yes, I want to learn!
No Thanks, I just want to read the article.
Feedback
How are we doing?
We'd love your thoughts, feedback and questions regarding our new site. All feedback is appreciated!
We do not respond to this form! If you need support, please visit our support page.
Thank you for your input!
Your message has been successfully sent
Course Advisor
Don't Know Where To Start?
Ask A Course Advisor