Wide Blue Sound has released a pair of instruments using their brand new ‘Orbital Synthesis Engine’. I was able to check out Eclipse, and after a few days of wrapping my head around what it has to offer, I’m ready to report back. 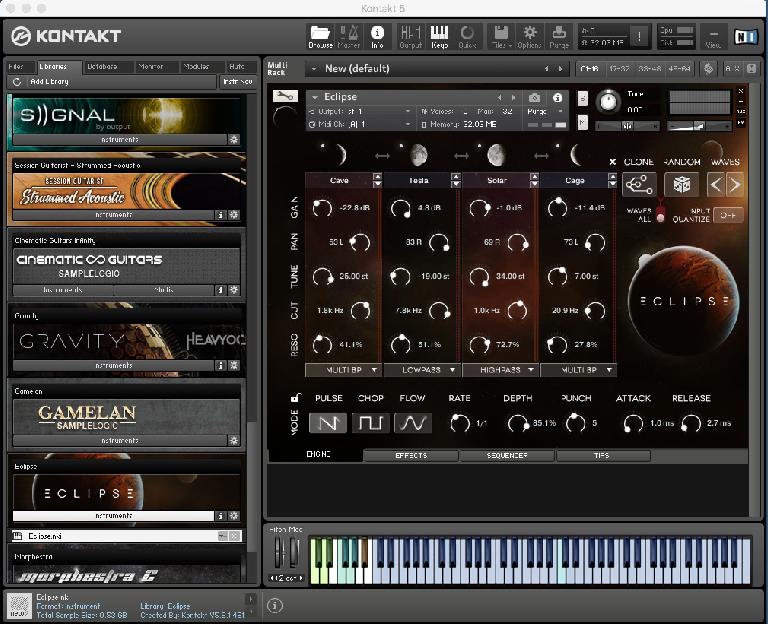 What Is This Thing, Exactly?

I have to give it to WBS (my new nickname for the folks at Wide Blue Sound), they’ve come up with something really unique in Eclipse. It definitely took me a little bit to fully grasp the concept behind what WBS had created in Eclipse, but once I got the hang of it I was thoroughly impressed.

Essentially you’ve got 4 slots to load up sounds into. Inside of those slots, you can choose from a very large library of sounds to craft a synth patch of epic proportions. Each sound is activated in order from left to right, and the sounds typically have a long enough decay that the previous sound lasts well into the ‘next’ sound.

You might think this is fairly straightforward and simple, and I suppose if that’s all Eclipse had to offer it would be. However, this doesn’t even scratch the surface of what you can do with Eclipse. Now that you’ve got your four sounds lined up, you get to pick in what fashion the sounds transition to the next step in the chain. Sounds can pulse (quick attack, gradual decay), chop (think square wave shaped envelope), or flow (nice and smooth transition) into the next sample. You can even adjust the rate at which they do this, sync’d to the Kontakt or DAW project’s tempo.

Getting excited yet? I’m not even close to done. You can adjust each sound’s gain, pan, tuning, filter cutoff, resonance, and even filter type. So now you’ve got a bunch of sounds that build a huge stack, you control what order they happen in, you control how they are tweaked individually, and you control how fast they cycle through. You can even disable any ‘link in the chain’ you’d like to and simply work with two or three samples. It’s pretty darned amazing.

That DOES Sound Big

Now that you’ve crafted a sound large enough to shake a planet out of its orbit, it’s time to open up the effects engine. There are six highly configurable effect slots, as well as a sequencer that can trigger parameters across the board. 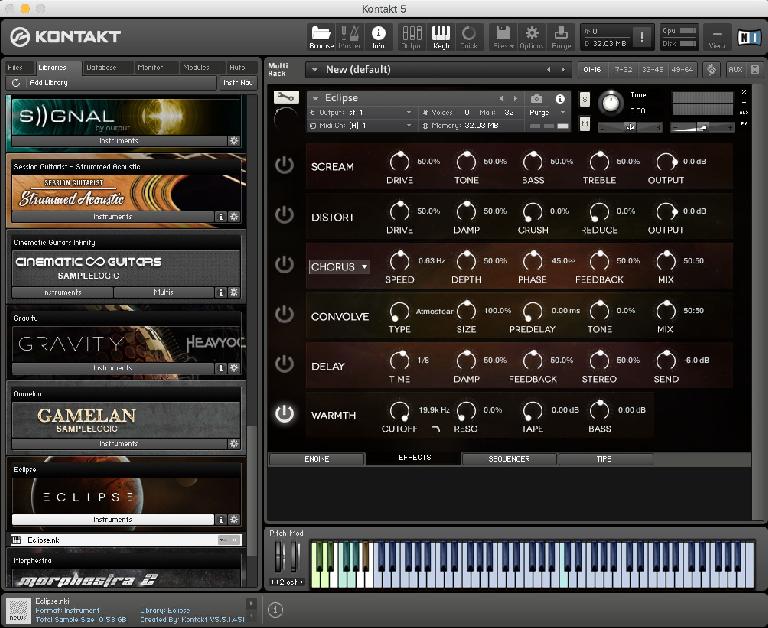 So now you’ve got these wild orbiting sounds that have effects that are modulated by a handy little step sequencer on the third page. WBS has really thought of everything here. 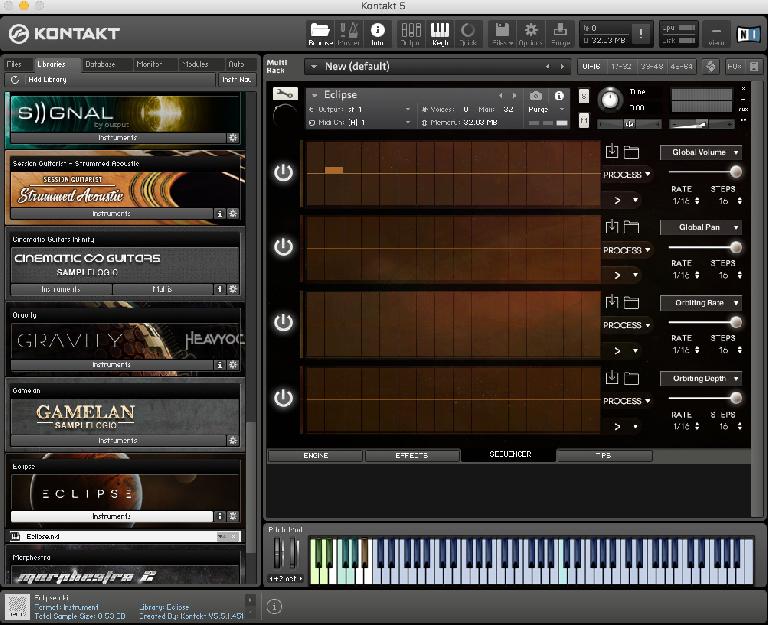 I really loved what Wide Blue Sound has to offer in Eclipse. With Eclipse, you get a diverse soundset, a staggering amount of control, and a fresh take on what ‘out of this world’ synth sounds should be like. This library is truly spectacular for evolving pads, pulsing synths, and tempo-sync’d atmospheres. WBS has created an instrument that is very focused towards a specific purpose, and in that purpose it truly shines. If you’re looking for some atmosphere to add to your music, look no further.