All Articles Review
Review: Xfer LFOTool
Toby Pitman on Sat, September 15th 0 comments
Language
Imagine being able to create your own custom LFOs'¦ in a plug-in'¦ apply them to various effects and even integrate this with your DAW. Imagine no longer! Xfer LFO Tool does all this now!

Xfer LFOtool is a nifty little plugin that allows you to create custom LFO shapes and apply them to various built in effects. This may sound like just another FX plugin but it also has some rather clever tricks up its sleeve which may interest you.

For this review I'm using the 1.1 Beta 16 as it features some important additions for AU.

LFOtool can be inserted like any other FX plugin. Once open, you'll see a graph where you can create your LFOs. There are 12 graphs available, all which can hold a unique shape. Under the graph are a set of global parameters for things like Rate, Smoothing and Snap values. 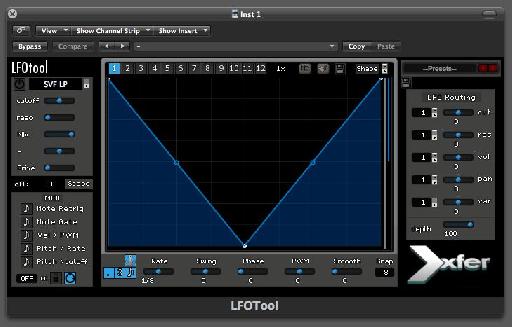 You can select basic LFO shapes for each graph from the shape menu. 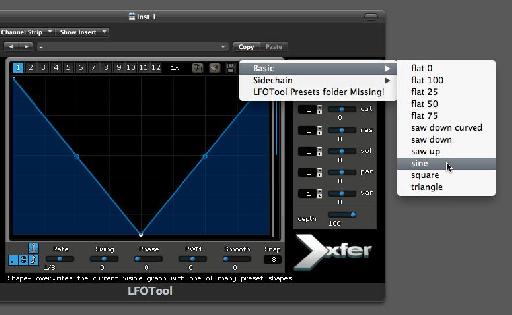 To the right you can route any of the 12 graphs to five modulation destinations. Vol, Pan and three effects parameters. Effects are loaded in the top left panel. I'll start with a simple Low Pass Filter.

If I increase the amount of graph 1 to the Cutoff over a simple Saw wave I get this. 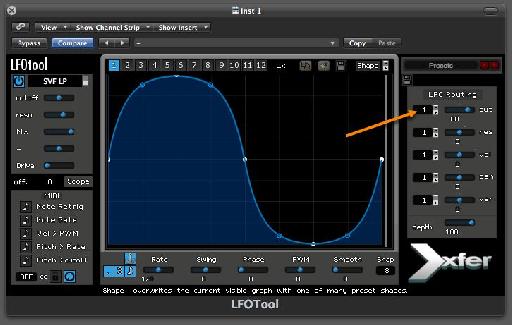 You get the idea. The cool thing is I'm not limited to just filters. There are a plethora of effects available from Comb Filters, Ring Modulators, Phasers, Reverb and Flangers to choose from. 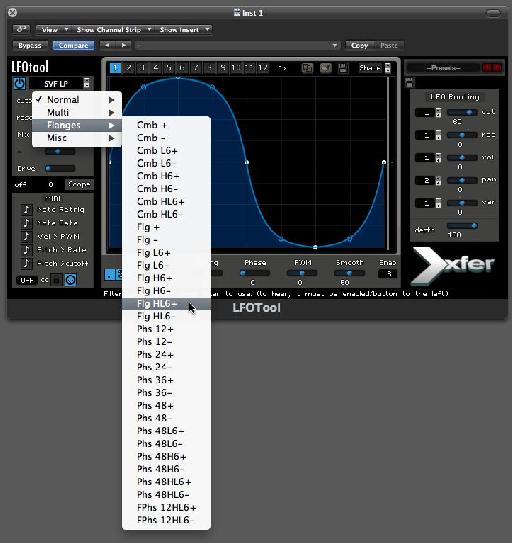 Even cooler is that I can create my own shapes or choose from one of the many presets and assign that to the Flanger and create some nice rhythmic Flanging effects. Something you won't find in regular modulation plugins. 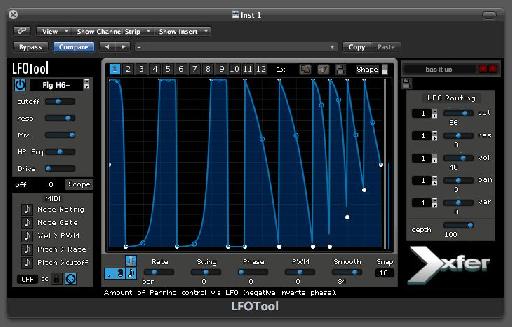 LFOtool can also be used as a MIDI Controlled Effect. In this case you load it as a Software Instrument and send your audio in via the Side-Chain. This opens up a whole bunch of cool features. 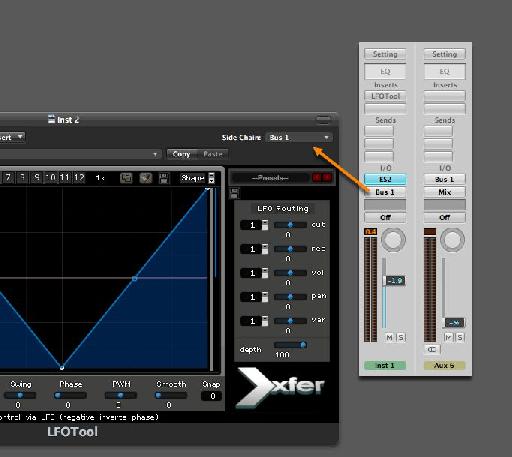 Selecting Pitch > Rate in the MIDI panel will allow you to change the rate of the LFOs with note numbers above 48, all synced to the host. Perfect for that Dubstep wobble effect. 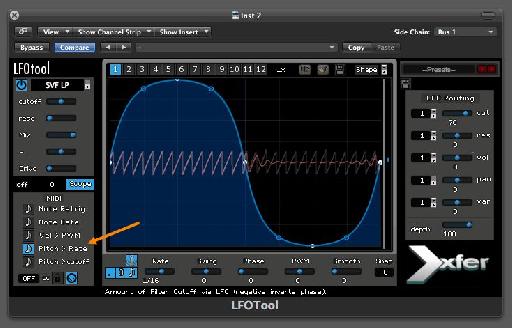 Plenty to play with here!!

Now For The Clever Stuff!

The thing that really sets apart LFOTool from the pack is its ability to export LFOs as MIDI files (in the form of controller data). While your DAW is playing, just use the Drag MIDI icon into your sequencer. This will use the graph assigned to Cutoff as its reference. 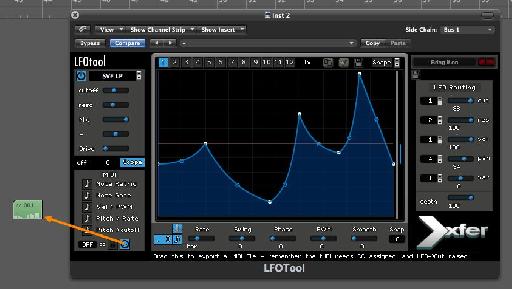 You can see the LFO shape inside the MIDI part here in Logic. 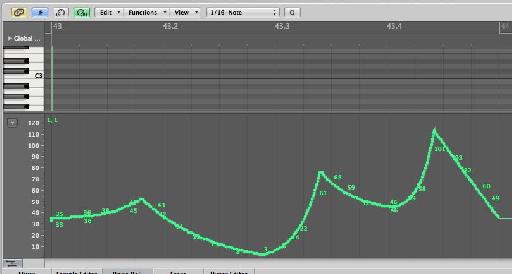 This means you can use this LFO controller data to effect other tracks too. You can also convert this to other controller numbers in your DAW.

LFOTool takes this one step further by actually sending this LFO information out to the IAC Bus as MIDI. This travels round the back of your DAW and arrives at the input! Just choose a controller number. Here you can see CC12 coming back into Logic!! Using a Transformer you could route this LFO to any plugin parameter you like. Handy for ones that have no access to LFOs!! Say like the Wah in Pedalboard, basically anything you can imagine!!

For me this is a fantastic feature! Sending MIDI from AU plugins has always been a no-no but Xfer have cracked it with this idea!

All in all a useful and creative plugin and worth checking out!!