For both scenarios, there are three approaches that can be taken:

Open the I/O Setup dialog from the Setup menu and click the Bus tab. Double-click an unused bus name and rename it; the mono sub-paths will take the same name as their stereo main path, but you can give them individual names if required. 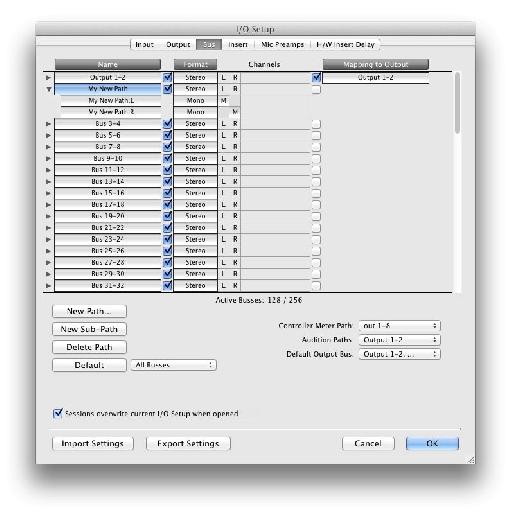 Naming a path in the Bus tab of the I/O Setup.

In the Mix window add a new mono or stereo Aux Input track - it's always best to name these (by double-clicking on the track nameplate).

Click on the input selector of the Aux Input track and choose the path you have named in the I/O setup (mono or stereo depending on the type of Aux Input track).

In the source track, click on either the Send selector or Output selector and choose the path from the bus section of the pop-up menu. 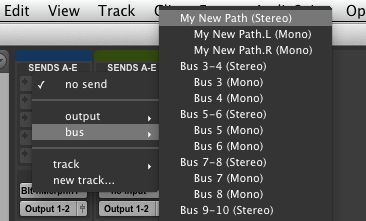 Connecting a send to the named path. 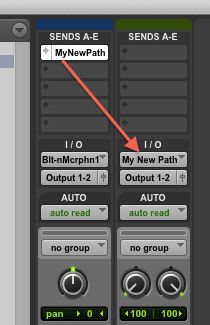 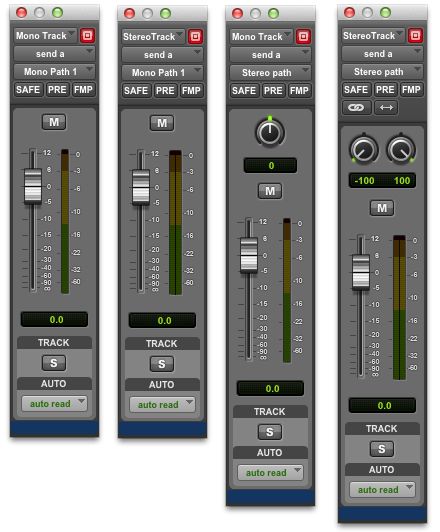 Routing to a Pre-existing Track

This method requires you to create a destination Aux Input track first, but  does not require pre-naming the path in the I/O setup.

Create the destination Aux Input track using the New Tracks dialog and name it by double-clicking the nameplate.

From the source track, click either the Send selector or Output selector and from the track submenu, choose the track you just created. 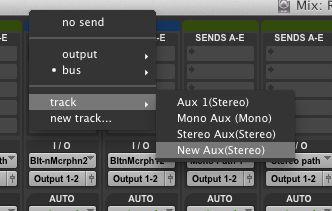 Sending to a pre-existing track. 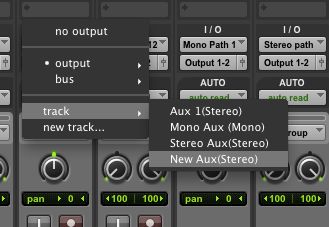 Routing to a pre-existing track.

A path will automatically be created that connects to the input of the chosen track; check in the I/O Setup and you will see that Pro Tools has renamed the first unused bus with the name of the destination track.

Creating a Destination Track from the Source Track

This method does not require you to create a destination track or designate a path before you create the routing.

In the source track, click either the Send selector or the Output selector and choose '˜new track'¦'

In the New Track dialog (note that it is not plural - this is not the '˜New Tracks' dialog) create the type of destination track you require and name it.

Pro Tools will create an Aux Input track and connect the output of the source track to its input, giving the bus (or path) that connects them the name you chose in the New Track dialogue. 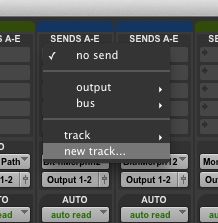 Sending to a track that has not yet been created. 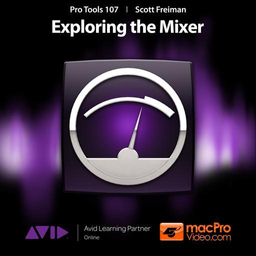 Dream It. Do It.
Do you want to learn Exploring the Mixer?
Yes, I want to learn!
No Thanks, I just want to read the article.
Feedback
How are we doing?
We'd love your thoughts, feedback and questions regarding our new site. All feedback is appreciated!
We do not respond to this form! If you need support, please visit our support page.
Thank you for your input!
Your message has been successfully sent
Course Advisor
Don't Know Where To Start?
Ask A Course Advisor