EDINBURGH, Scotland, March 5th 2019.  Scottish developers Signum Audio are proud to announce the release of the BUTE Limiter plugin, the latest and most versatile addition to their range of the advanced loudness solution, BUTE. The best part? Until the 19th of March, you can get it for the very reasonable introductory price of £29. 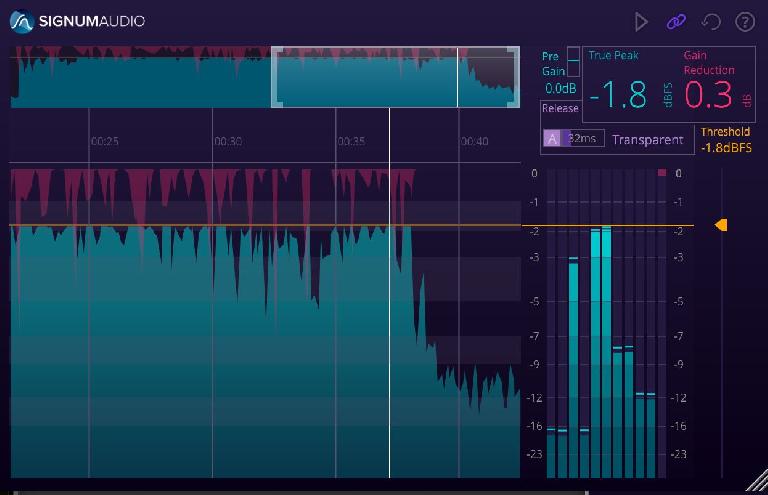 Bute Limiter is driven by a new audio limiting algorithm using a novel approach that claims to be “the most transparent limiter around”.  It delivers limiting with a pure, smooth sound that stays faithful to the original while True Peak limiting.

'¨The BUTE Limiter prides itself on how minimalist it is. Signum Audio’s signature approach to “clean yet comprehensive” UX design makes the BUTE Limiter incredibly simple to use on individual tracks for mixing or on your final master bus. The graphical user-interface provides extra peace of mind, giving users in-depth analysis and readings for True Peak, Threshold and Gain Reduction. Alternatively, you can collapse the plugin to a numerical data-only view to save on valuable screen real-estate.

For more creative applications, there is a useful Pre-Gain to push or reduce the incoming signal’s volume, meaning that the plugin can also function as a maximiser. Included are 5 different release modes to choose from including Linear, Transparent and Pumping, with the option of automatic release time calculation depending on content. 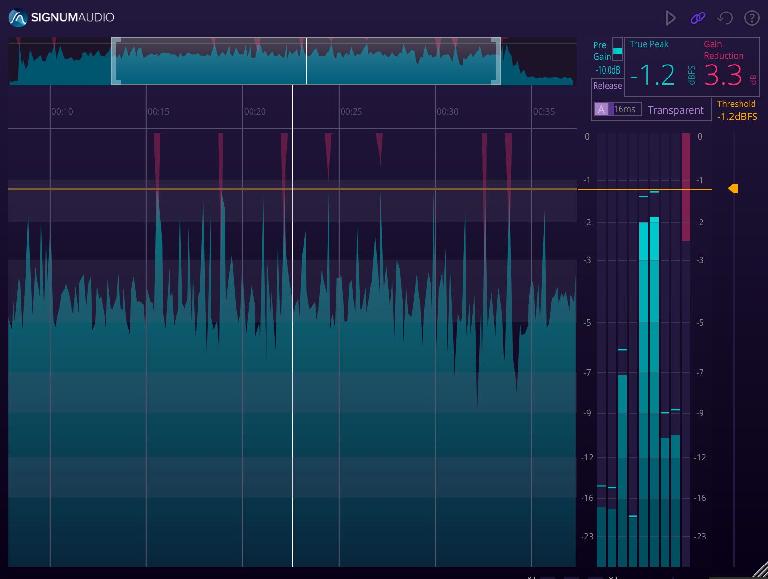 Signum Audio’s algorithm guarantees no true peek overshoots and the highest quality linear phase upsampling. This makes it particularly useful for broadcasters and anyone serious about loudness.

The Bute Limiter is available as 64bit VST / AU / AAX, compatible with Mac (10.9 or higher) / Windows (8.1 or higher) and Pro Tools 12.5 or higher.
'¨Signum Audio’s special introductory price is available until Tuesday 19th March. A 10-day free trial is available.