All Articles News
Sonicsmiths Release Sound Design Tool with Unprecedented Features
Rounik Sethi on Sun, August 23rd 0 comments
Language
The big release from Sonicsmiths is The Foundry. They tell us this Kontakt instrument is designed to let you create sounds that are uniquely yours and therefore break free from presets.

On August 21st, 2015, Sonicsmiths, an innovative musical sound design company, will release a revolutionary sound creation tool for composers and designers called The Foundry. A game-changing breakthrough by company co-founders Sam Estes and Michael Hobe, The Foundry is certain to enhance its users’ designs, enabling them to quickly produce sounds that are completely original. Sonicsmiths previewed The Foundry at NAMM (National Association of Music Merchants) earlier this year to a terrific response.

The key component is a revolutionary algorithm titled AARE, which equips The Foundry to draw from over 18,000 samples, 19GB+ of sample content (12+gb compressed), allowing for trillions of ways to manipulate and combine the sounds. In a painless, two-step process, users select several adjectives that describe their ideal sound and press a “randomize” button, which generates a unique instrument patch. Someone wanting a dark, pulsing, mysterious sound, for example, can quickly generate new patches based on those parameters.

Composers and sound designers themselves, Estes and Hobe are well attuned to the needs and desires of fellow sound-creators. They worked together on a number of major feature films and then at Cinesamples, where they developed commercial libraries for the public, before founding Sonicsmiths in April of 2014.

In conversation with The Examiner, co-developer Sam Estes explains why The Foundry is a must-have for those looking to create the most specific, unique sounds possible. “Composers often have little time to design sounds for their scores and have to rely on preset sounds from libraries to get a ‘tone’ they want. Problem is, once they pull up a preset sound, they now sound like everyone else who has used that sound. So our solution is to create an engine that will generate unique patches based on a style you want.” 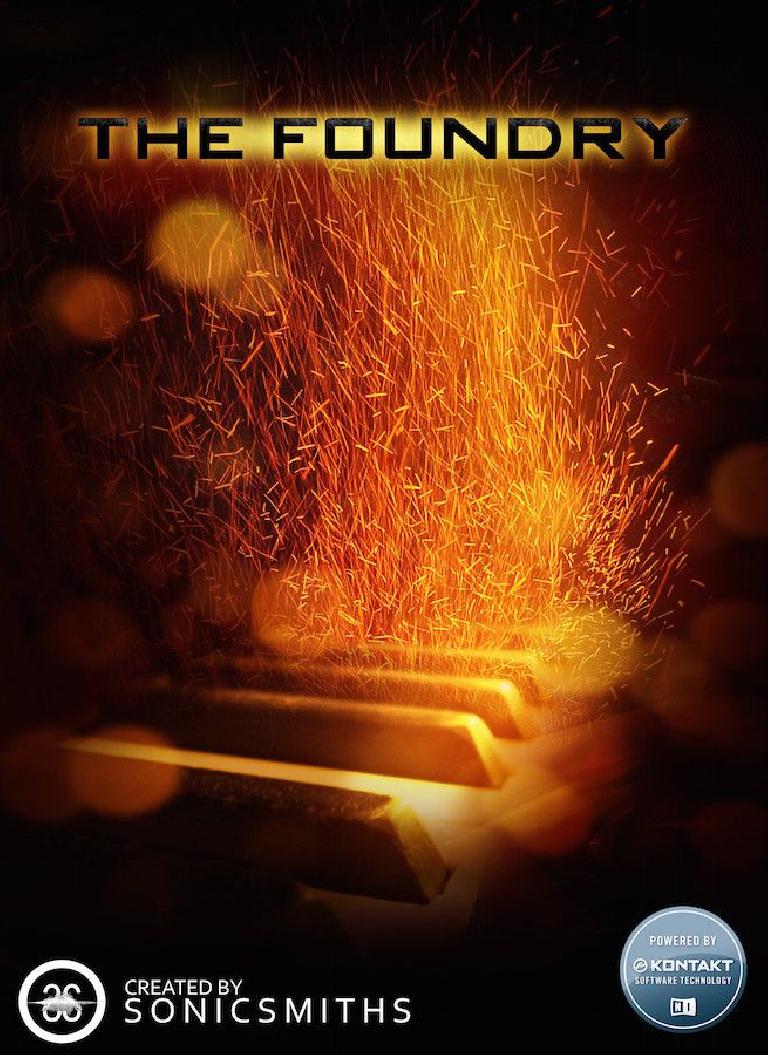 Sonicsmiths also boasts The Foundry’s key features: “XY Morph” pad which allows 4 different voices to be blended together in real time, a “3-Mode Step Sequencer” that creates unique rhythms and arpeggiations, a Granular Synth engine that can stretch and manipulate any sound, a “body designer”, which manipulates the “core” sounds by sending them through different material types, such as tubes, bricks, and glass.,. The Foundry uses different Groups to select from ranging from Non-pitched and Pitched and Simple to Complex: Beds and Pads (tonal sustained layers), Textures (a-Tonal, moving material), FX (Single One-Shot Hits, FX, and Short Articulated Instruments), and Rhythmics (Sonic “Kits”).

The Foundry may be purchased through Big Fish Audio at www.bigfishaudio.com/The-Foundry.