LONDON, UK: Spitfire Audio, purveyors of the finest virtual instruments from the finest musical samples in the world, is proud to announce availability of ALBION ONE — an all-new incarnation of its all-conquering ALBION ‘legacy’ library for Native Instruments’ industry-standard KONTAKT platform, a game-changing sample-based virtual instrument that took more in sales during its final 24 hours of availability than it originally cost to produce four years ago, such has been its enduring popularity — as of October 15...

So what, exactly, is ALBION ONE, then? To put it bluntly, it’s all and everything needed to make epic-sounding, modern music with only ‘one’ sample- based virtual instrument library to end all such libraries! Likely story, some sapped souls might mock. But if the proof of the pudding is in the eating then ALBION ONE tastes truly scrumptious! Beating beautifully at its musical heart is a 109-piece orchestra accompanied by a thunderous cinematic percussion section, dynamically-layered loops designed by award-winning music-makers, and an enormous so-called ‘Steam’ synthesiser, with many more musical surprises above and beyond the call of duty. With all-new sample content for 2015 and attractive cross-grade options for original ALBION VOLUME #1 ‘legacy’ owners, ALBION ONE is a treat while also acting as an admirable milestone marker in Spitfire Audio’s seemingly-unstoppable success story. So, to truly appreciate ALBION ONE it is helpful to know where it came from. For this is, in essence, the story of Spitfire Audio...

That story starts in 2008 when Spitfire Audio was founded by a collective of award-winning composers and producers. In 2011 they set about distilling all of the essential tools they used to make modern, epic-sounding cinematic music into a single product. Yes, you’ve guessed it... this was the genesis of ALBION VOLUME #1, an epic-sounding toolkit that took the music world by storm, earning itself many awards and plaudits in the process. It offered A-list composers a quick, CPU-light sketching and mockup tool; it provided power users with little time in their already overly-stretched schedules with an ability to create immersive widescreen tracks in an instant; and, finally, it offered hobbyists and students a way into orchestral-led music-making via the trademark ‘Spitfire Way’ — where the odd string squeak, ‘fruity’ note, and an abundance of ‘room’ make musical sense when writing beautiful scores and compositions, rather than taking the boring, perfectly-tuned, normalised or ‘dry’ approach to sampling.

So while four years might not necessarily seem such a long time in the grand scheme of things, in the ever-evolving music technology-based world of Spitfire Audio it’s a veritable lifetime! With over 60 products released in this fast-paced productive period alone, including eight new string libraries and a panoply of orchestral recordings in the perfectly-formed shape of the BML (British Modular Library) series — a longterm project to create the greatest-sounding, deepest-sampled, and, ultimately, future-proofed living orchestral virtual instruments collection for Native Instruments’ industry- standard KONTAKT platform, based on ultra-detailed, next-generation recordings of the world’s finest musicians at London’s legendary AIR Studios, Spitfire Audio has already amassed enough experience to last a lifetime! Come 2015, it was collectively felt that the time was right to revisit the original ALBION VOLUME #1 concept to see how it stood up today. The conclusion? Time to go back into the studio and put the beloved ALBION VOLUME #1 out to pasture. Put it this way: with the experience gained thus far, and applying feedback garnered from thousands of enthusiastic users worldwide, Spitfire Audio is perfectly positioned to present a product that is far superior to the original ‘legacy’ version, yet effectively preserves that legacy by being passed the musical baton from the most popular product that Spitfire Audio has ever sold! 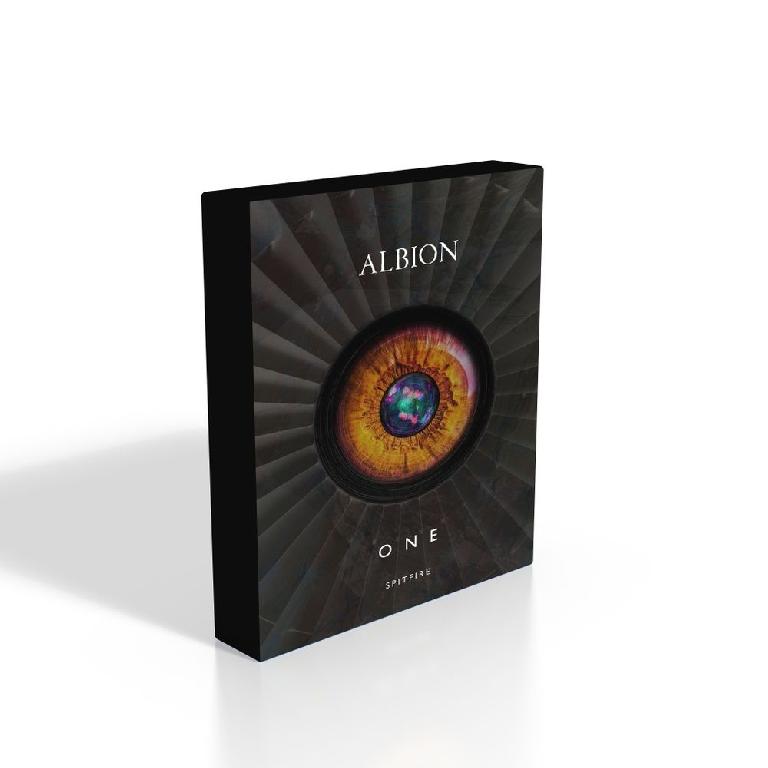 Spitfire Audio carefully studied what made ALBION VOLUME #1 so popular before returning to Lyndhurst Hall within London’s legendary AIR Studios to painstakingly recreate and enhance the original’s objectives for what would become ALBION ONE, albeit this time making use of the finest ribbon mics available alongside Neve ‘AIR Montserrat’ preamps put through the world’s largest Neve 88R console onto a meticulously-maintained Studer two-inch tape machine — making ALBION ONE one of the only orchestral-based sample libraries on the market to be firstly recorded to two-inch tape, where it joins the hallowed ranks of the aforementioned BML series — before blossoming into stunning-sounding 24-bit/96kHz digital audio via high-end Prism Sound AD convertors, ready for some truly scrumptious sampling and scripting... some 89.8GB of uncompressed .WAV files, equating to 49,884 samples, no less!

Again, at its core is the epic, large Orchestra section, only this time enhanced to include 109 players, presented in beautifully orchestrated sections — sometimes in unison across the entire orchestral range, sometimes in high, low, and middle sections — with many more articulations, including stylised legato presets by composer and sample developer Andy Blaney. Alongside an abundance of string runs, and additional features to die for — four MIC POSITIONS (Close, Tree, Ambient, Outriggers) can be loaded and mixed to suit the style of music being worked on and sense of scale that the user is looking to achieve, for example, The Ostinatum makes a welcome musical return, allowing for almost instant creation of exciting, tense, and action-packed passages.

The Darwin Percussion ensemble section has been carefully rerecorded with many additional parts, as well as a couple of old favourites, while this time the Brunel Loops section has been designed by Spitfire Audio’s award-winning team from new recordings made with percussionist Paul Clarvis and includes a lot of treats he uses on many A-list films, including Skyfall. Stephenson’s Steam Band synth section takes epic and awesome to hitherto unheard levels when combined with the loops presented in Spitfire Audio’s critically-acclaimed eDNA (Electronic DNA) — a series of extraordinary analogue and digital signal- warping chains to create the largest sound set of jaw-dropping, next-generation, organic-sounding electronics ever heard anywhere on earth — engine. 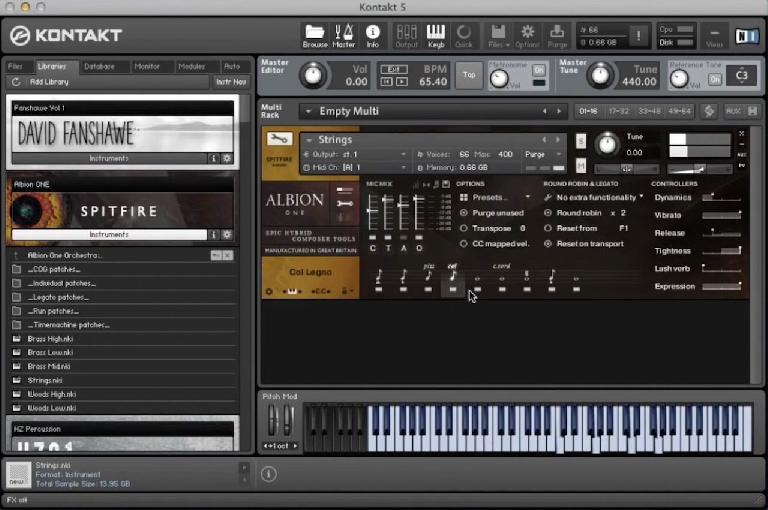 Screenshot of Spitfire Audio's Albion One in Kontakt Player.

Yet, for all this forward-looking, future-proofing tech-talk, there are — on occasion — times when ‘first takes’ simply cannot be bettered, so some ‘special’ musical moments that have been retained from the ‘legacy’ ALBION are sure to make original owners who upgrade to ALBION ONE feel right at home here. So really nothing is lost and everything is gained. Go get yourself an attractively-priced upgrade if you’re already an ALBION VOLUME #1 owner or treat yourself and your creative muse to all and everything needed to make epic-sounding, modern music with ALBION ONE. One thing’s for sure, though: the ALBION legacy is, indeed, assured for future generations of original music-makers worldwide. Why not become one of them with ALBION ONE?

ALBION ONE can be purchased and downloaded directly from Spitfire Audio for £319.00 GBP (subject to VAT within the EU) from here: http://www.spitfireaudio.com/products-page

Note that Spitfire Audio’s free Download Manager application for Mac or PC allows you to buy now and download anytime, while Native Instruments’ free KONTAKT PLAYER is needed to run ALBION ONE.