Cubase Elements 8 combines studio technologies and tools that are accountable for the popularity of Cubase with many exciting features new to version 8. Moderately priced, the Cubase Elements music production software throws its doors wide open for aspiring producers and musicians, inviting them to begin exploring the fascinating world of Cubase.

After unveiling Cubase Pro 8 and Cubase Artist 8 to great acclaim at the end of last year, Cubase Elements 8 now completes the latest Cubase range, offering new sounds, new effects and many other features that easily turn any Mac or Windows computer into a music production system. 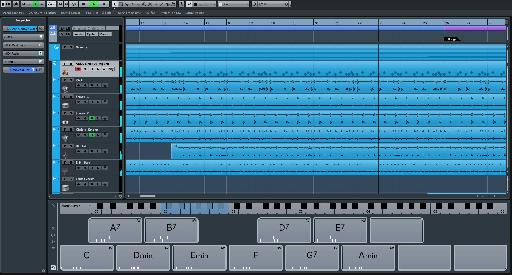 UI enhancements include window docking for the VST Instrument Rack and MediaBay, a redesigned Track List and Inspector for improved readability, a new plug-in manager for easy customization and a flexible window layout for PC versions.

Chord pads adds to the creative feature set in Cubase Elements 8, allowing users to trigger chords and change voicing and tension through MIDI parameters on any record-enabled MIDI or instrument track. A circle of fifths representation provides a graphical overview to understand the theory behind available chord progressions. 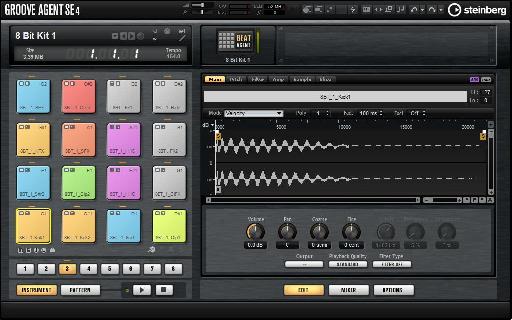 Further advancements include ASIO-Guard 2 to ensure low latencies at all times as well as an enhanced EQ module on each channel strip, displaying values for gain, frequency and note pitch as well as offering the option to enter pitch notes and cent values in lieu of frequencies. The re-record mode new to the transport controls in Cubase Elements enables instant record restart at the original position. A revised version of the Tuner plug-in offers strobe tuning and improved handling. 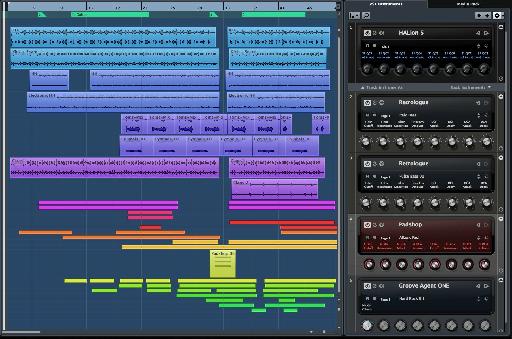 Cubase Elements has many other useful tools in store, such as the MP3 codec for unlimited encoding and decoding of MP3 files as well as taking full advantage of the FLAC lossless compression codec.

A fully functional trial version of Cubase Elements 8 is now also available as download from the Steinberg website. This version expires after 30 days and does not require the USB-eLicenser dongle.

Steinberg's product marketing lead, Helge Vogt, commented: 'By releasing Cubase Elements 8, we have now completed the current Cubase product range. Considered our entry-level DAW, Cubase Elements offers a whole set of tools and capabilities to get started right away without overwhelming the user with too many options. Its straight-to-the-point approach will appeal to those looking to record, mix and edit their music at an extremely reasonable price.'

Visit www.steinberg.net/cubase for details on Cubase and its derivatives.

The full retail version of Cubase Elements 8 is available through authorized Steinberg resellers and the Steinberg Online Shop. The suggested retail price is 99.99 euros, including German VAT.

Dream It. Do It.
Do you want to learn Moving Forward With Cubase 8?
Yes, I want to learn!
No Thanks, I just want to read the article.
Feedback
How are we doing?
We'd love your thoughts, feedback and questions regarding our new site. All feedback is appreciated!
We do not respond to this form! If you need support, please visit our support page.
Thank you for your input!
Your message has been successfully sent
Course Advisor
Don't Know Where To Start?
Ask A Course Advisor