All Articles Reason
Sweeping Wavetables For Cool Effects in Reason
Mo Volans on Wed, November 7th 0 comments
Language
Mo Volans shows you how to transform a static wavetable sound into something you might not expect - using Propellerhead Reason's Thor.

Loads of synths have wavetable oscillators these days, if you haven't already you should try taking advantage of this cool feature. One instrument that sports wavetable tech is Reason's Thor.

In this tutorial I'll show you a trick that turns a static wavetable sound source into something rather special. Remember you can do this in any synth with wavetable oscillators, you don't have to have Reason.

Setting Up The Wavetable Oscillators

I started here by loading up a Thor, resetting it to ensure we have a clean start and then throwing a total of three wavetable oscillators into the available slots. I then went ahead and chose some random wavetables in each oscillator. 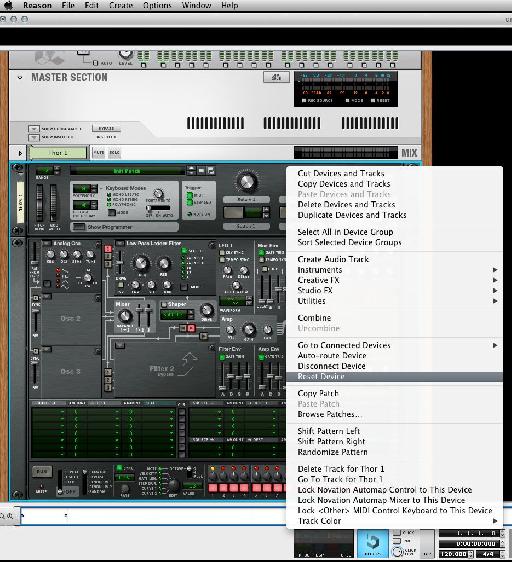 Thor's wavetable oscillator list is actually quite modest compared to some synths so finding a combination you like should't be too difficult. I've chosen a group of oscillators that sound great but are perhaps a little dry and static in nature. Let's get this sorted! 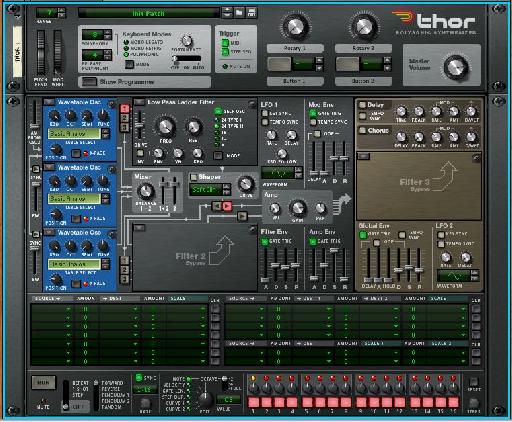 Simply the best way to bring a wavetable oscillator to life is to tweak that '˜position' knob. As soon as you hit this parameter awesome sounds can come pouring out of your speakers. The only problem is when you stop tweaking, the fun stops. Let's employ some modulation.

I used three LFOs and Thor's mod matrix to introduce my wavetable movement here. The first two wavetable positions were modulated using the same LFO (No1). The only difference between these routings was that one was 100% positive and the other negative. This simply created an alternating movement between the two. 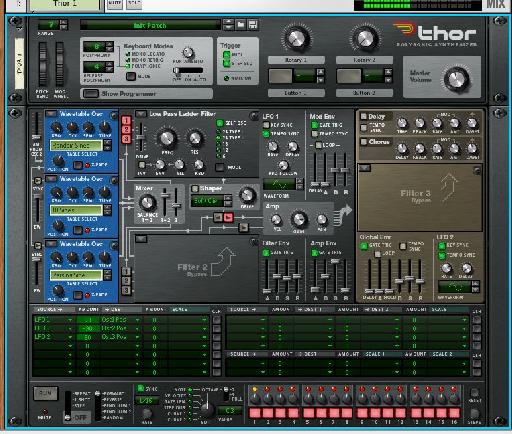 The LFOs are routed to the wavetable positions.

To introduce some variation the third wavetable was modulated by a second independent LFO. The rate used here was also different. The various modulators together create a really interesting texture.

The LFO movements make all the difference:

The new edits started to make the patch sound a little like a pad to me, so the next step was to edit the attack and release in the amplitude envelope and add some effects. The attack and release were simply opened right up to give the sound a nice easy feel, this complimented the moving wavetables very well.

Thor's effects units were then fired up. I added both delay and chorus which introduced a welcome lushness to the sound. By the time I was done, I had an evolving pad sound that was about as far removed from my initial oscillator mix as I could get. 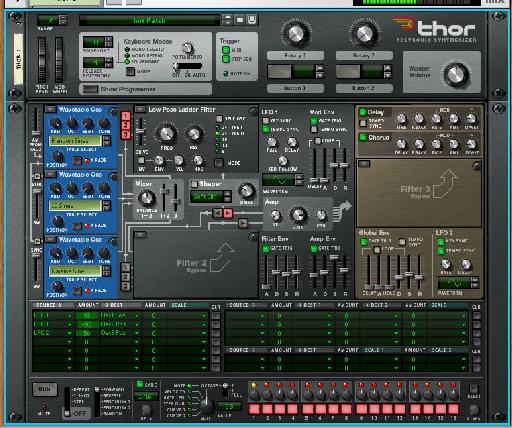 The effects and extra envelope edits are complete.

You could of course use any oscillator mix here and experiment with different modulators to move the wavetable positions. One thing worth trying is mapping external modulators such as the mod wheel, velocity and aftertouch to the position parameters. This will give you instant hands on control to what is essentially a very cool effect.