Endlesss was founded in 2017 by musician and music technologist Tim Exile. Since the start of the millenium Tim has had numerous releases as a recording artist while travelling the world as a live performer and TED speaker. 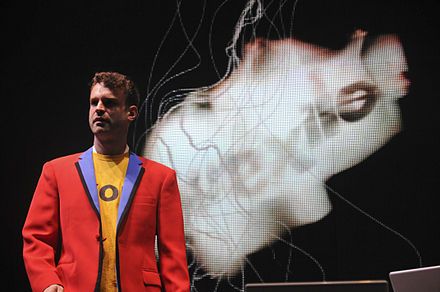 "Through countless conversations with artists he learned that like him many musicians get '¨stuck in joyless perfectionism under the pressure to create finished tracks. Some turn away from music- making completely. Tim felt passionately that this was wrong, that musical creativity should bring joy to creators and listeners alike and is intrinsically valuable regardless of'¨ what’s made.

Inspired by this, Tim developed his own instrument, the ‘Flow Machine’, allowing him to throw off the shackles of the music industry’s expectations and immerse himself in the flow of making music in the moment. What he discovered was life-changing: when the pressure to achieve good results is designed out and enjoyment is designed in, the results magically improve.

Determined to share this with the world, Tim founded Endlesss with the aim of putting enjoyment back at the centre of the creative experience. Over the last 2 years we have been prototyping, testing and learning. We’re still in the lab but we’re getting close to bringing something quite special to music makers and listeners."

Dream It. Do It.
Do you want to learn Absolute Absynth?
Yes, I want to learn!
No Thanks, I just want to read the article.
Feedback
How are we doing?
We'd love your thoughts, feedback and questions regarding our new site. All feedback is appreciated!
We do not respond to this form! If you need support, please visit our support page.
Thank you for your input!
Your message has been successfully sent
Course Advisor
Don't Know Where To Start?
Ask A Course Advisor