All Articles Reason
Tuning White Noise Using Reason's Subtractor
G.W. Childs IV on Mon, December 30th 2 comments
Language
When you think of white noise you might not feel inspired, but with some clever filtering tricks and when played through Reason's Subtractor you can create something musical and unique.

Looking for a sound that is both unique and organic?  Normally, you'd look to a sampler when you're trying to achieve those attributes. Though, once you bring some white noise into the mix... Well, anything could happen.

White noise, when filtered properly, can actually be played and controlled in Reason through the use of the Subtractor synthesizer. In this tutorial, I'd like to show you how to do this. Before you get started, make sure you start from an initialized patch. This will ensure that we're on the same page.

Step 1 - White Noise All the Way 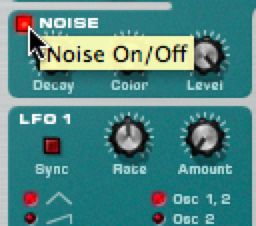 One would think this would be all there is to it. But, in order to isolate the Noise, so that only white noise is playing, you'll also want to turn the Mix knob all the way over to the right.

I would also recommend eliminating velocity modulation for the Filter Envelope. This will keep our filter tuning pure and untampered with. 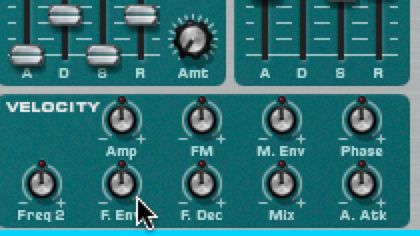 Now, when you play your keyboard, you will only hear noise... Like this:

Now that we've got pure white noise being emitted every time we press a key, it's time to control the monster we've unleashed. This is where the filter comes in. The Subtractor's Filter 1, like many synths out there can be played like an oscillator... If you know how. Try this: Turn the Filter 1 Frequency down to  45. Then, raise the Filter Resonance, also on Filter 1, to 107. This will normally give off a nice scream, if you're doing a regular synthesizer patch. But, in this particular case, we're just getting a boosted, low noise cutoff frequency. To finish things up, go ahead and set the filter Type, to LP24. 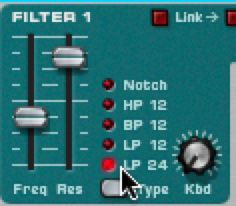 Now, here's where things get interesting. We're going to go ahead and raise the Keyboard Tracking of Filter 1, so that when a key is played, the filter opens wider depending on how high of a key that you played. For example: If I play a low note, the filter will be closer to the actual filter frequency settings. But, if I play a higher key, the filter opens up even wider. 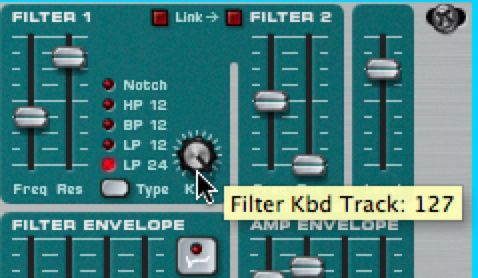 Hear it? Now the filter and noise can be played like a regular Subtractor patch. But, because it's white noise, you can adjust the patch to give you a very ethereal, eerie type of pad, or blocky sounds, and so on. I'll raise the Attack and Release, in the Amp section, and listen to what it sounds like now... 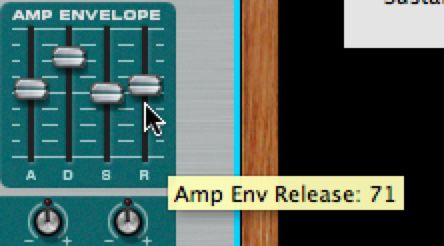 Not bad, right? With some effects, like reverb, you can get some really amazing pads, hollow blocks, and more. Try playing around with this on your own. See what you get!