All Articles News
U-He Reveal GUI for New Mono Synth, REPRO-1
Rounik Sethi on Tue, August 30th 0 comments
Language
We've been waiting eagerly for the next big synth from U-He to arrive... and that time is drawing near. Urs Heckmann has released a picture of the Repro-1 GUI. We hope it sounds as good as it looks.

U-He have been hard at work finishing up REPRO-1, a monophonic software synth emulation of the Sequential Circuits Pro One synth. It’s been in Alpha for a while, but now you can see how much it has developed soon before it reaches public BETA stage.

Here’s what Urs Heckmann of U-He has to say about Repro-1:

“We have been working hard getting Repro-1 finished for release. It is not done yet, but we are getting close. We thought we would show off the latest GUI to whet your appetite.”

Repro-1 was first shown off in April at Superbooth 2016 in Berlin. The interface was much more minimal and it was apparently a bit of a CPU hog on purpose so various features could be tested fully. 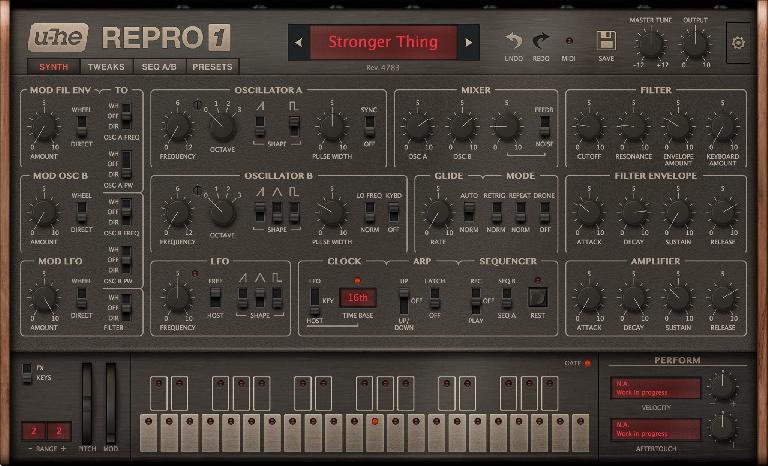 We can’t wait. Especially as the patch name gives us a clue as to the style of music their presets have been aimed at.

And talking about Stranger Things… we coincidentally published an article yesterday showing how to recreate the much loved theme music from the Netflix series, Stranger Things, using only U-He Diva. Listen to the example and find out how here.