All Articles FL Studio
Use FL Studio's Harmor as a Drum Loop Device or Remix Tool
G.W. Childs IV on Mon, March 31st 0 comments
Language
Did you know Image Line's Harmor synth can easily map segments of an audio file to different keys? Learn how to use Harmor as a remix tool or drum loop device in this excellent tutorial.

Harmor is an extremely versatile synthesizer, in the sense that it can act as a lead synth, a performance synth, and a sample playback device, though it doesn't really play back the sample in a conventional way.

One very cool feature of Harmor that works with sample playback is the ability to map portions of an audio file (actually, audio image) to particular keys, and then trigger different points of the audio file on your keyboard. This is an innovative feature as it opens up Harmor to the possibility of being a remixing tool, drum loop device, and possibly more.

Unfortunately, markers cannot be applied in Harmor itself. So, we need to apply markers using an audio editor of some sort. Thankfully, FL Studio has a wonderfully simple and fast audio editor known as Edison. And, it's really easy to access.

Markers are needed to tell Harmor what parts of the audio file need to be mapped. So, this step is really important to the success of this exercise! Go ahead and pull up the Mixer screen in FL Studio, by pressing the F9 button. 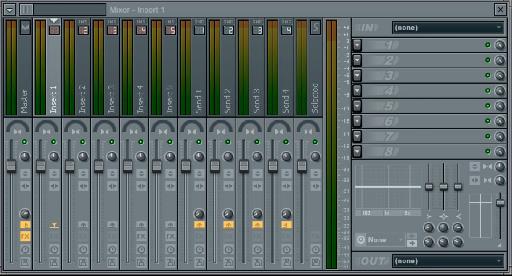 Next, right-click on one of the audio tracks, near the top, and select Open Audio Editor, or press Control-E. 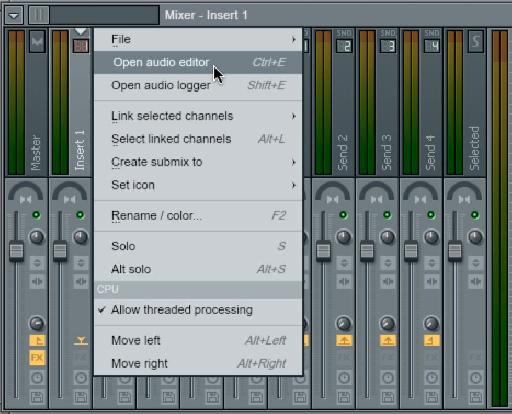 Once Edison appears on the screen, you'll need to import your audio file. The easiest way to do this is to right-click on the black, blank area and select File > Load Sample. 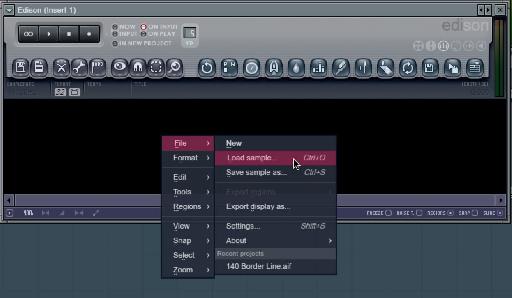 In the browser that appears, locate an audio file that you think would be fun to map. I'm going to use a drum loop, as they are a lot of fun and show the most contrast. Not to mention, it's always nice to get rhythmically inspired when writing a tutorial, right? Okay, now we have some audio in Edison, and we can begin setting up those markers. However, if you look at what's on screen, it can be a little tricky to tell what starts where! In this scenario, I always switch from the Spectral display over to Waveform display. This makes it easy to slice and dice parts, as you can see what starts where.

From here, it's just selecting areas of the audio file that you want to be mapped. By left-clicking and dragging within the waveform, you can select areas. Once the pink field is in place, you can modify where the pink field begins and ends by clicking on the beginning and ending of the pink field. So, if you want a marker at the beginning of the audio file, drag around the area and play back the audio file with the space bar to see how tight your loop is. If you need to adjust the length, I'll click near the end of the pink area and drag it until it stops where you want, and that the audio, at this point, loops nicely.

When you like what you hear, right-click and select Region > Add Region. This will place a marker at the beginning and end of your selection. You will be asked to name this region. I'm just calling mine Loop 1, 2, 3, etc.

Step 4 - Getting a Good Loop

To add our second region, start selecting from the end of the last marker and drag to the right. Again, play the selected area so that you can tell if you're getting a good loop. Modify as needed. When you're ready, add in the next marker, using Region > Add Region, again.

From here, I'll just keep creating regions, up until the point where there are no places for regions left! Once I have everything divided up, it's time to go ahead and save my work. Simply press the small disc button on the left of Harmor and select Save Sample As...

Remember to save to a location that you can easily find, later'¦ 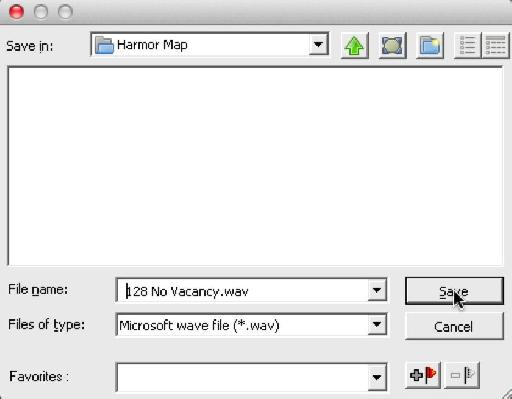 Step 5 - Get it into Harmor

Alright, the hard work is done'¦ which wasn't really that hard. Now, it's time to get to the fun part. Locate the file that we just saved and drag it onto the Image page of Harmor. 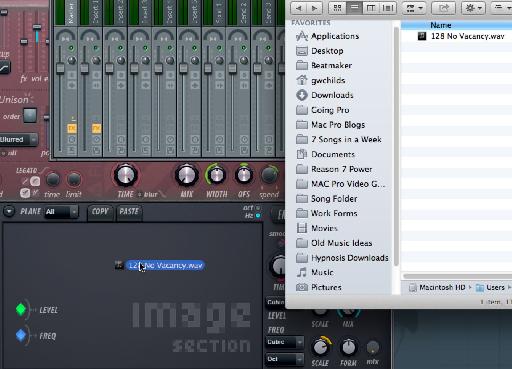 Now that you have the loop in Harmor, try playing with it for just a second. Notice that the pitch may be affected by different key presses. But, the speed of the loop isn't. That's because Harmor really isn't playing this audio back as an audio file. It's the partial bank of Harmor recreating the loop! Once you're over the novelty of this realization, let's map our parts!

Click on the Image Options drop-down menu and select Map Audio Regions to Keys. Once you do this, you'll be shown the articulator for Image Time Offset, targeting the Keyboard Mapping. You'll notice that values have been placed here'"this is your mapping!

Congratulations, you just did your first mapping! There are huge possibilities with this for live performance and just laying down simple, easy beats. You can create your own drum patches, even drum kits in Harmor. Just set up regions for each hit, and kit accomplished.

Hopefully, this gives you additional ideas for ways to exploit Harmor, and the plethora of things that it does. Remember, this isn't really an audio recording. So, feel free to have some fun manipulating your audio into something... other than intended. And, don't forget, Harmor has an A and a B section. Technically, you could have a second loop going on, while part A is playing. Technology is cool, isn't it?

Learn more about Harmor in this video course: