All Articles Reason
Using Noise Layers To Enhance Sounds In Reason
Mo Volans on Wed, September 19th 0 comments
Language
Reason now has more processors and cool devices than you can shake a stick at but sometimes it's good to go back to basics and use some more traditional methods to enhance your sounds.

Reason now has more processors and cool devices than you can shake a stick at, but sometimes it's good to go back to basics and use some more traditional methods to enhance your sounds. After all, if you can move away from processing you should get a more direct sound and save on valuable CPU.

In this tutorial, I'll quickly show you how using a humble white noise generator can spice up your sounds with relatively little effort. Although I am performing this in Reason you can of course apply the technique in any DAW.

The idea behind this technique is really incredibly simple. Adding a layer of white noise behind a sound can add real enhancement. Technically this process should just make a sound noisier and reduce clarity but it really does work wonders when applied correctly.

I've used this on drum sounds, synth patches, effects and even vocals. Let's take a look at a few examples of how subtle introduction of white noise can help you bring the best out of some audio.

This really works best with drums, especially one shot, single drum hits. In this case I've got a programmed drum part coming straight out of Kong and I'm finding the snare a little dull. Although I'm happy with the sound itself, it seems to get lost in the mix and something needs to be done to make it cut through.

The original snare in the mix:

Now we could ramp up the high end, EQ the hell out of it or turn to compressors. We could even select another sample, but using a simple layer of noise should do the trick here. I've used the noise generator from Kong's electronic snare module. This has been placed on a fresh pad and linked to the original snare. This means both pads are triggered simultaneously. 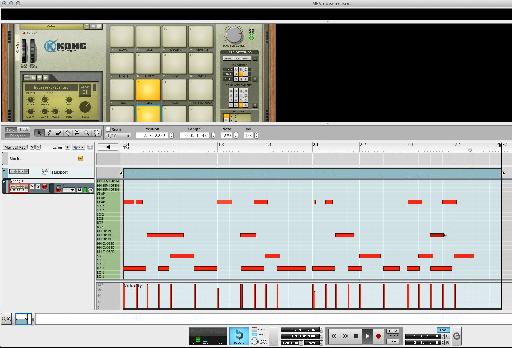 The sequence used and the double triggered pads.

The noise effect in isolation:

The result is a brighter punchier snare. It's worth pointing out here that I used only a very small amount of the noise signal in the mix. A little goes a long way so don't feel you have to swamp your original sound here. 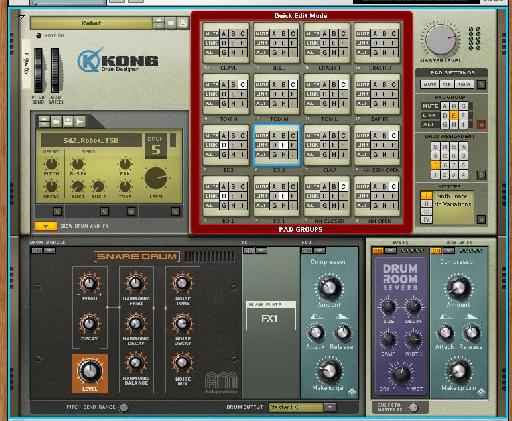 The link set up and noise generator settings.

The new noise layered snare in the mix:

As I've previously mentioned, this technique isn't restricted to drums, it also works very well on synths that have noise generators. Thor has a very flexible noise based oscillator, and as it is a three oscillator synth this can easily be added to most patches.

White noise works very well in pad and string patches that need some extra atmospherics or energy. I have programmed a simple chord progression with our beat and used a patch that contains a multi-wave oscillator and a white noise generator. You can hear the noise creeping into the patch and it works pretty well. 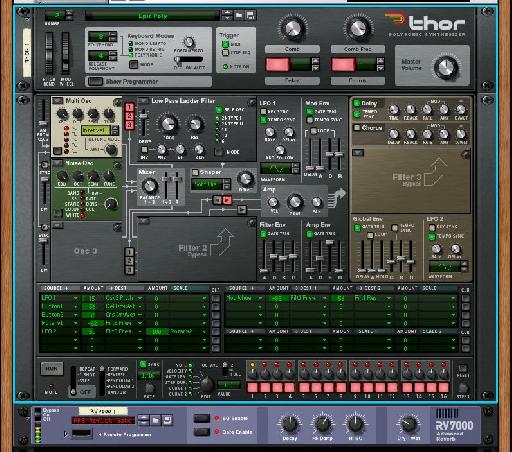 The synth patch with added noise.

The noise based string patch mixed with the original drum part:

Try adding noise to some of your patches and samples and see if you can use the technique to enhance sounds in a way you might not have tried.