Logic 10.3’s new Track Alternatives feature is extremely useful for producers/arrangers, recording engineers and for audio chopping/editing. This new feature gives you the ability to recall versions of the content on a chosen track. Not sure about a chopped audio edit for a vocal, and want the option to restore it without changing any of the other tracks? What about variations on melodic/rhythmic recorded or stepped-in MIDI regions? Ever want to start clean when recording but always have the option to return to an old recording? This is all possible with Track Alternatives on a track by track basis. Not to be confused with Logic X’s Project Alternatives, this new feature is a big time saver and can be used in a variety of ways. Read on for tips on using it. 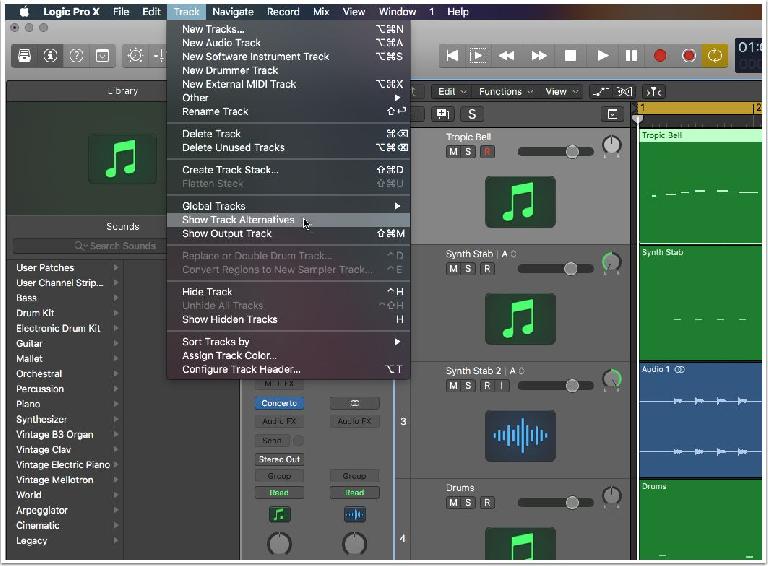 Enable Track Alternatives by clicking the “Track” menu from Logic's main menubar and choose “Show Track Alternatives.” You’ll see a new menu marked with an up/down arrow appear on every track of your song. When clicked, at the top of the menu you’ll see the various “alternatives” alphabetically labeled, but you can choose to “Rename by Region” to make them easier to identify. Choose “New” from the menu. You now have a clean slate to try out a new MIDI or Audio recording. After recording, click back on the menu and compare to the prior alternative by selecting it from the list. Keep in mind that automation is not independent per track alternative yet, and the channel itself with its instruments and effects aren’t either. 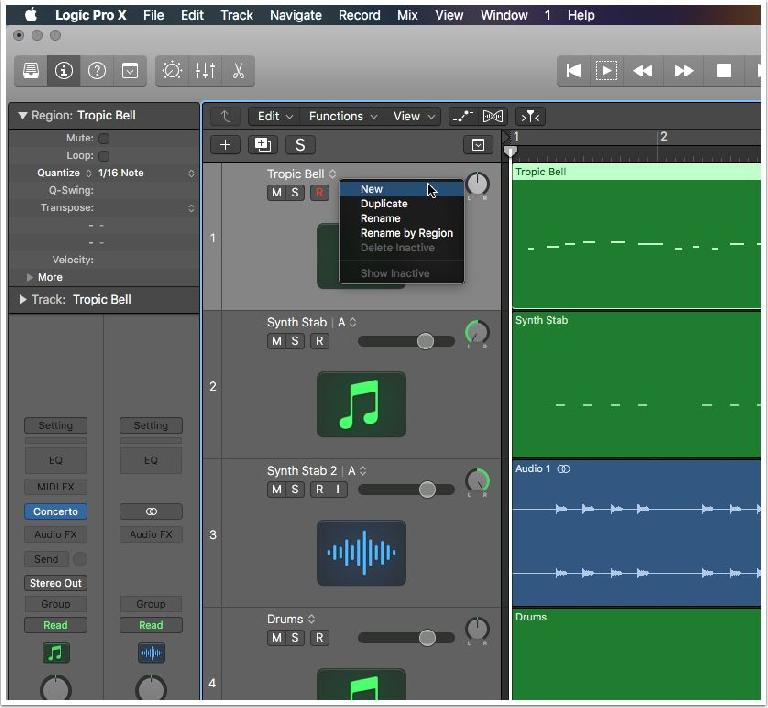 Most Logic users are familiar with multi-take recording. Logic’s default behavior when recording audio - on top of an existing audio recording - is to create a “Take Folder.” These are indispensable when editing because they allow you to easily “compile” elements from other takes into a new perfected final version. When finished “comping”, doing edits across the entire thing like quantizations and pitch corrections with Flex, or editing in the Track/File Editor can be somewhat awkward, since each selected slice within that take folder can be on a multitude of different tracks.

This is why Logic allows you to “Flatten” the stack down to a single element/region on a single track when you click the take folder menu (directly to the right of the arrow/triangle at top left of region/take folder). Once you’ve done this though, you’ve lost the ability to change your mind. This is where the new Track Alternative feature can help tremendously (next tip below). There’s also a new option in the take folder menu to “Unpack to New Track Alternatives.” This quickly moves each recorded take into a new independent Track Alternative for easily switching between. 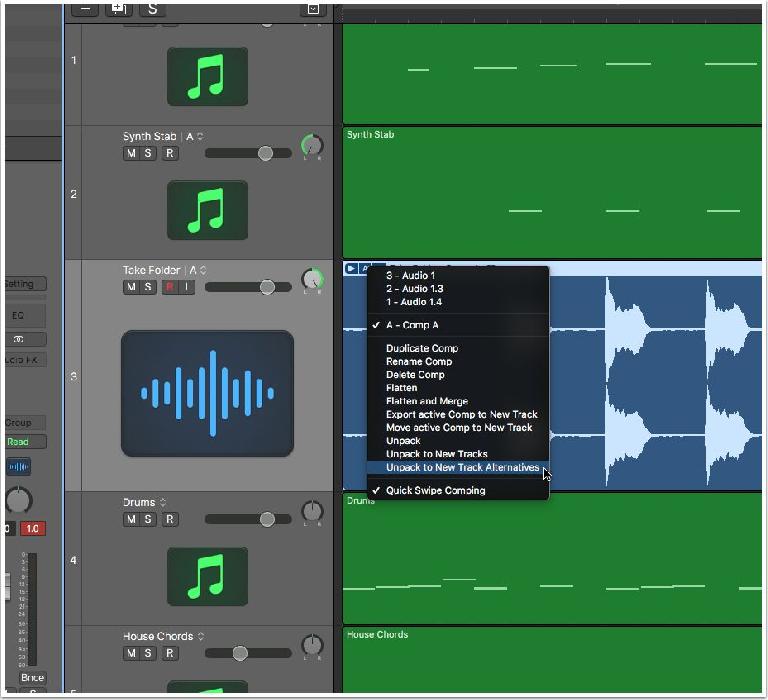 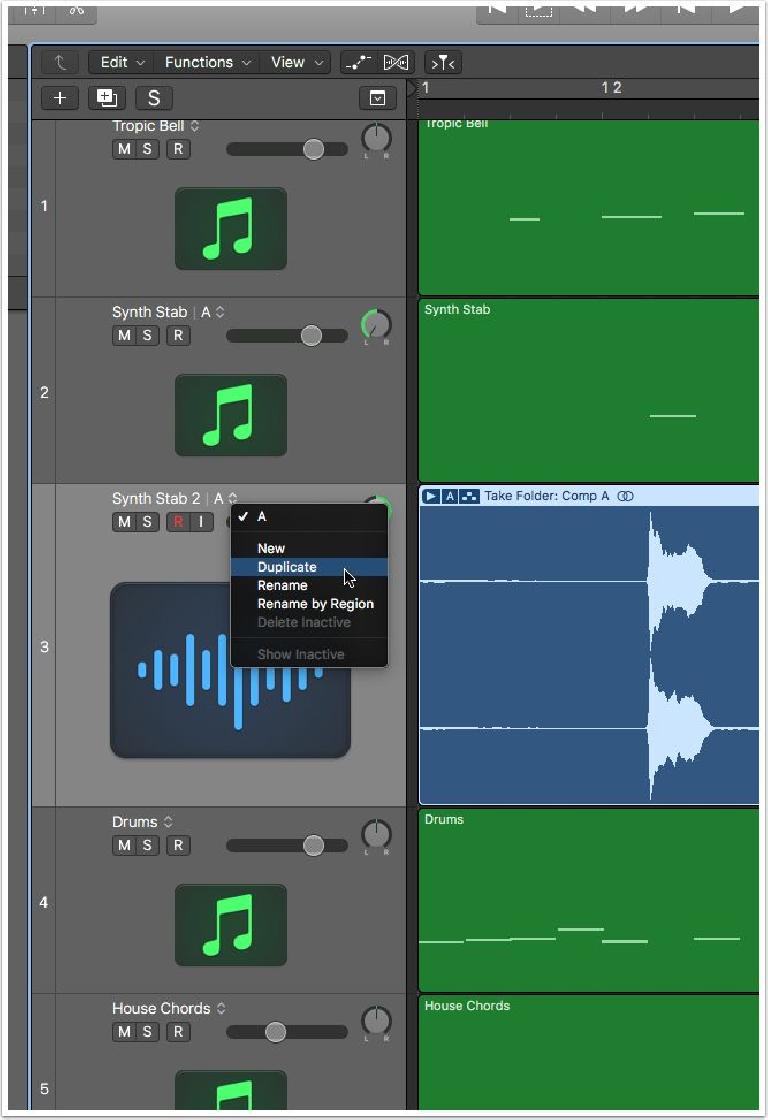 Use For Adding Drum Fills

Drum fills are a vital step toward making professional and completed sounding songs in nearly any genre. Track Alternatives are a great help when adding fills. First, “Duplicate” the track alternative from the menu, then alter the audio/MIDI regions any way you like. I chopped mine into smaller pieces that can be dropped in place whenever I need them. Switch back to alternative A, then enable “Hide Inactive” from the Track Alternative menu, the other inactive tracks are displayed below the active track! You can Option - Click Drag any region on an inactive track, directly to the active track, and cut copy paste, etc between them. This allows you to use these hidden tracks as a place to store a collection of fills for easy placement across the song. When finished, click back onto the Track Alternatives menu and select “Hide Inactive.” 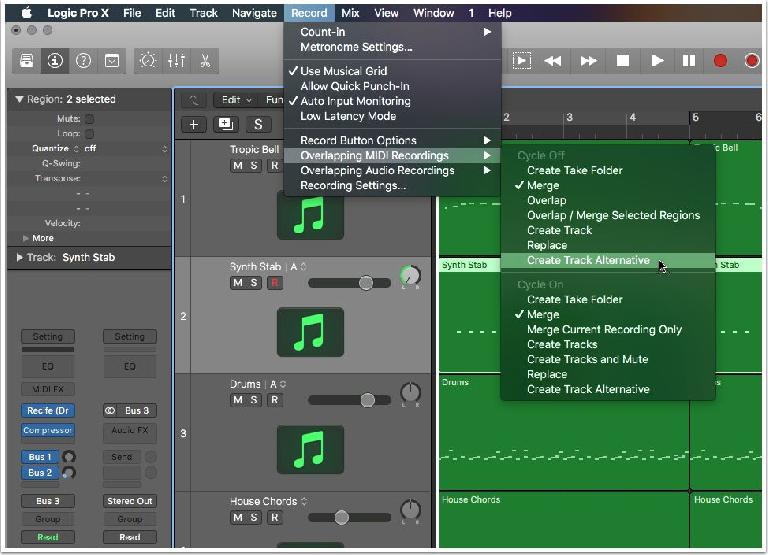