All Articles DJ & Live Performance
5 Ways to Perfect Your Live Streamed Performances
Matt Vanacoro on Sun, June 18th 2 comments
With ever more live streaming options available to musicians, here are some important tips for making sure your stream looks its best and reaches the widest audience possible.

Live streamed performances are quickly monopolizing bandwidth for internet providers everywhere. The advent of watching a gig from home, commenting, interacting and sharing your favorite performances is easier than ever. From Facebook to YouTube, it seems everyone is getting into the live stream game. Here are five things to consider before you start your live stream that will quickly help your performance stand above the rest.

Step Up Your Portable Audio

One of the best features of Facebook live is the immediacy and lack of setup required. You open the app, point your phone, and start streaming. From the audience point of view, someone just happened to be at your performance, broke out their phone, and started streaming. In the real (professional) world, things are quite a bit more planned out.

You don’t have to let an intricate setup slow you down from stepping up your live game. There are a ton of great iOS solutions to make your audio shine. The Apogee MiC96k is as simple as it gets in this regard. Plug it into your Lightning port and the audio from your phone gets replaced with the audio from your condenser mic. Already have a mic you love? Check out the Focusrite iTrack One Pre - it allows you to plug a single mic into your iOS device, has a great sounding preamp, and provides phantom power to boot! 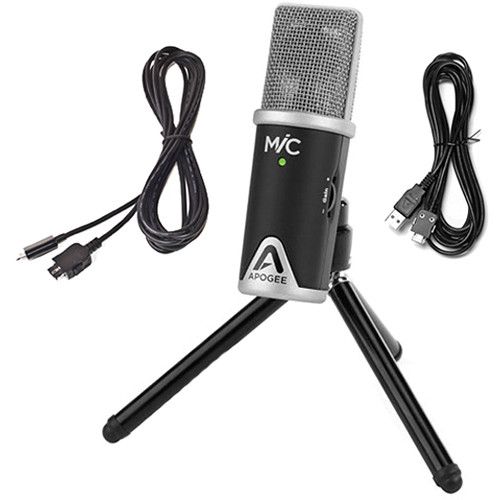 If you want to get a little more involved, there are a host of great iOS audio interfaces as well as mixers that connect directly to your iOS device that will allow you to mic up your sources directly and professionally. Your phone handles the video, your professional audio gear can handle the audio. Again, any iOS compatible USB class compliant device will automatically take over your device’s microphone and replace it with clean, pristine, professional audio.

Light Up The Night

Thinking about your backdrop, set, and how your performance is lit will make a huge difference in whether or not a watcher at home checks in or checks out. If you’re live streaming from your studio, home, or practice space, take some time to de clutter and simplify your area. Make it crystal clear what the viewer should be looking at. After all, they’re most likely looking at it on a tiny phone screen. Fill up the frame with your video subject!

Amateurs rarely think about the lighting they are working with, but you’re not an amateur any more! Lighting can affect everything from the visibility to the video quality. If it’s too dark, your phone will often compensate by shooting at a high ISO automatically. This can introduce a lot of noise, and can also slow down the frame rate making things look ‘choppy’ (depending on the device).

You don’t need to make a significant investment to step up your illumination game. LED lights are cheaper than ever, and even the entry level solutions are convenient, use little energy, and will make a huge difference. If you don’t want to make the investment, simply turn on all the lights in the room and reposition them as necessary. Open up those curtains and let in as much natural light as you can! Just don’t position your subject in front of a bright window, let the natural light fall on your subject instead. 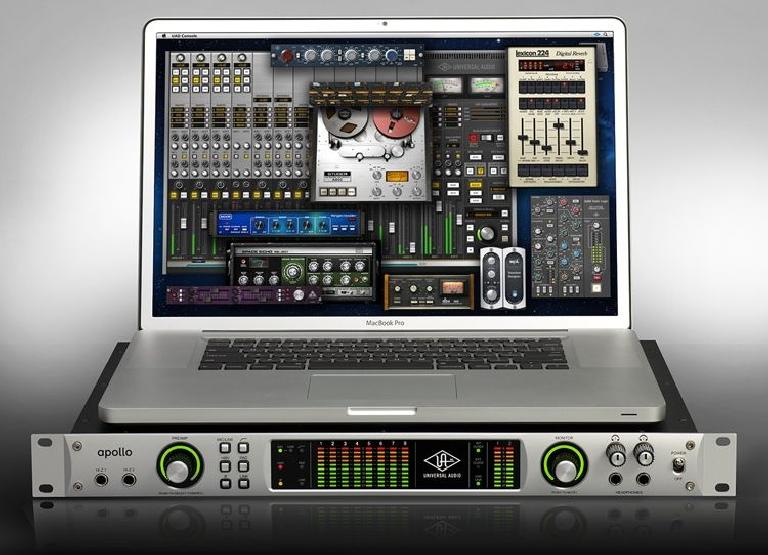 If you’re lucky enough to have an audio interface like the Universal Audio Apollo or Antelope Audio Orion, then you’ve got a huge stable of audio plug-ins available to enhance your live audio! Many audio interfaces allow you to run plug-ins on their inputs, process the audio as if you were in a pro recording studio, then send the feed back out to your camera or iOS device with a simple stereo feed or iOS audio interface. I’ll load up a ton of plug-ins and really tweak the sound of all 32 inputs in my Apollo system, then do a great mix and send the audio directly to my camera. This makes my live streams feel extremely polished, and the audio sounds directly out of the studio.

Clean Up The Airwaves

Getting a handle on your internet access before you stream is an absolute must. Stream quality will often degrade automatically when the WiFi gets crowded. If you’ve got access to a wired connection and a laptop to stream with, you may want to go with that option first. Check the upstream speed before you start broadcasting to make sure you’ve got a stable, reliable connection. Sites like speedtest.net can give you a quick read on what kind of network connection you’re dealing with.

For a professional stream, one of the first things I do at a venue is remove the current WiFi network and create a new, locked down network without any devices on it that I don’t want. There are a multitude of IP scanners for both Mac and PC that will allow you to detect unwanted devices that might be sucking down precious bandwidth.

If you’ve got access to professional camera gear or even prosumer gear like a DSLR, you may want to make the investment in a hardware encoder if live streaming is going to be something you do often. Devices like the BlackMagic Design Web Presenter will take the HDMI or SDI outputs of your camera, convert the footage to 720p compressed H264, then make your video stream appear like a webcam on your computer.

I use the BlackMagic Web Presenter to connect 2 professional cameras to my computer. As far as my computer and any accompanying software is concerned, all I have is a webcam. This webcam, however, just so happens to be 2 professional 4k video cameras with a stable of Canon L-series lenses! Combined with multi tracked audio, this setup allows for live broadcasts that were previously tens of thousands of dollars to produce.

Any of these tips will help you bring your streaming performances to the next level. It’s up to you how deep down this rabbit hole you want to go!