If you have been using the CSS Styles panel to style your webpages in Dreamweaver then you will be aware of the restrictions placed upon you with regards to the design. Solid colors, Standard fonts, Block shapes etc. All interesting, but not really challenging CSS' ability.

So in this article I'm going to show you some CSS to add to your Styles in Dreamweaver that will really create some great designs.

Let's start by creating a Div Tag that will contain this stupendous Style you're about to create.

Starting with a blank HTML document open the Insert Panel and set it to Layout. From the Layout options choose Draw AP Div. 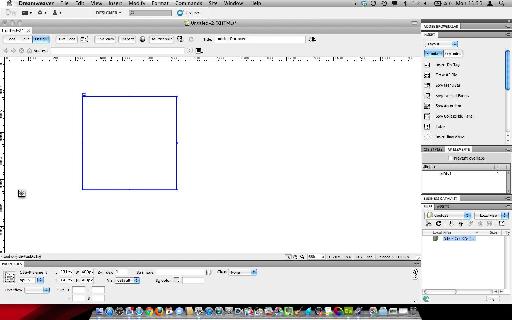 Use the tool to draw an AP Div (which is just a Div Tag with an #ID style automatically applied containing position and size parameters). Use the Property Panel to size the AP Div with Height: 400px and Width: 400px.

Open the AP Elements panel and re-name the APDiv1 to 'MyStyle'. Open the CSS Style panel and you will se that renaming the AP Div also renames the ID Style 'MyStyle'; this is the style that you will be editing.

Switch over to the Split view so that you can see both the image and the code you've created. Scroll up to the section and you will see a section of code highlighted pink that says: #MyStyle { }. This is your CSS and all the settings for it that you are about to create will sit in-between the two {  }.

To save time typing, copy and paste about a Paragraph of text into the Div by clicking on the drawn AP Div in the Design view, so the cursor becomes active and pressing Command-V to paste. 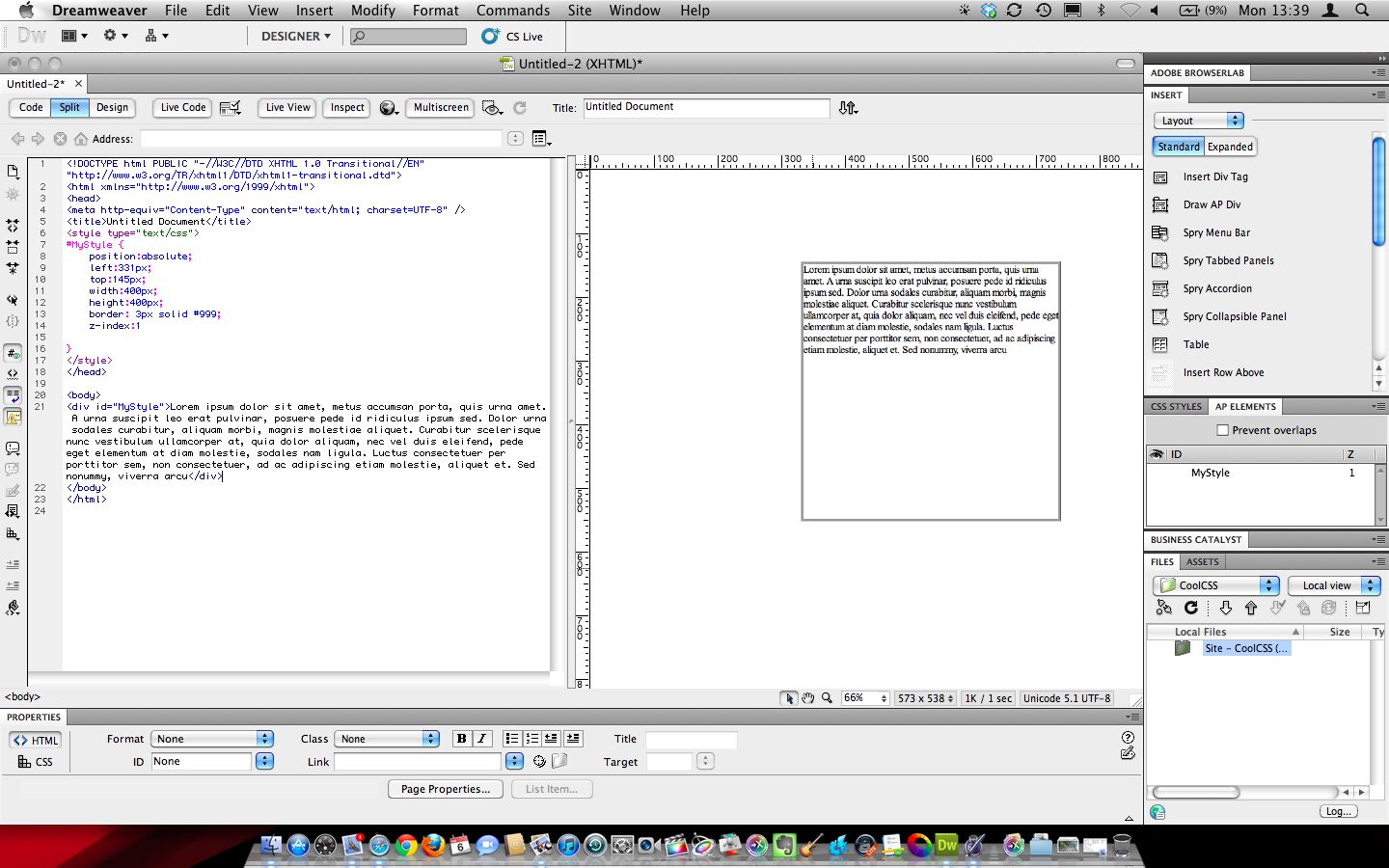 Add a 3px border all the way around by adding this line of code between the { }:

Step 5 - Round the Corners

Add these lines of code to the style named #MyStyle to create 20px rounded corners in a range of Browsers:

Dreamweaver won't display these corners so to see them save the page and preview in a Browser. 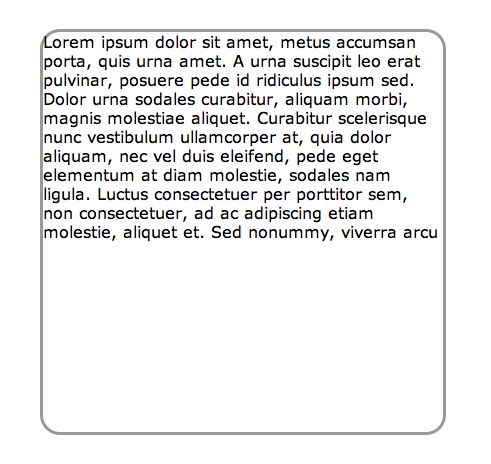 TIP: Increase the radius size to exactly half of your width and height (so in this case 200px) and preview again.... Hey you get a perfect Circle!

Adding a gradient background is a really nice design effect, however you should always bear in mind that not all versions of all browsers support it. So only ever use it to enhance an image. Always design things with multiple browsers in mind and have a solid fill available as well. 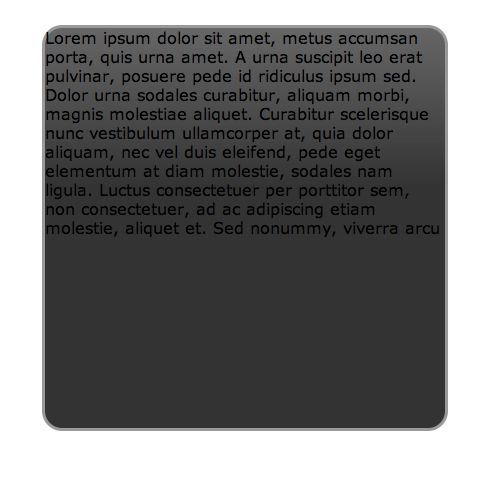 The following code will create this gradient background:

Test it in a few browsers if you can, to see the effect. Lastly let's add some punch to the text.

I've added White to the text, to make it stand out better against the gradient. Also I've added Drop Shadow to it. As with the Gradient, Drop Shadow only works with more recent versions of some web browsers. Don't always rely on it. 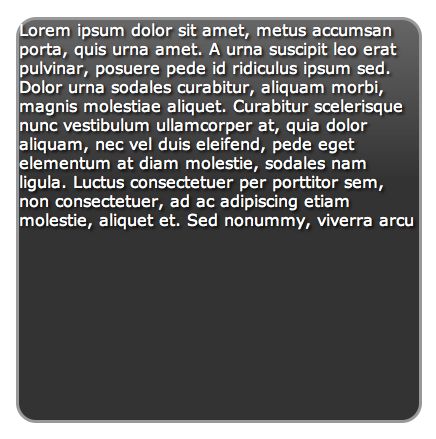 This code adds the Color and Drop Shadow:

Lastly, I added a better font and some padding, to create some space around the text. 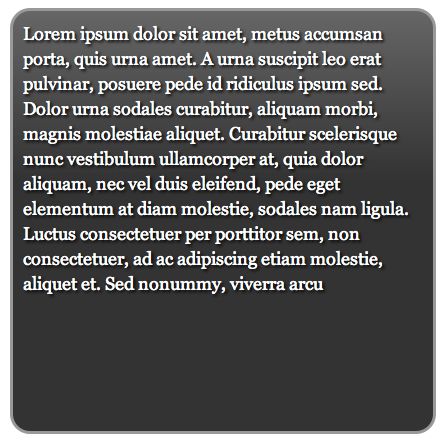 By adding these lines:

Here is the code I added to achieve that. Again it's worth checking for browser compatibility to see where some code won't work for some browsers and bearing that in mind when you're designing your pages.

Browsers are being updated all the time to support CSS3 and HTML 5 so don't be too frightened to use them; just be aware. What's more it's not just the traditional web browsers you're able to aim for with this code (Safari, Chrome and Firefox). It also works perfectly well on iOS and Android. If that doesn't make it worth your while, then what will?