All Articles Final Cut
Going Pro: Making Film Trailers Using iMovie and Final Cut Pro X
Iain Anderson on Sun, August 28th 0 comments
Language
If you use FCP X and want to make professional-looking movie trailers, don't dismiss using the free iMovie. Here's how to start a trailer in iMovie then give it some polish in Final Cut Pro X.

While Final Cut Pro is certainly much more advanced than iMovie, the two apps share more than a few similarities—and apparently large chunks of source code too. That’s great for anyone who wants to start in iMovie, because they won’t feel too overwhelmed when they outgrow it and move up to FCP X. However, when they do, they might find that they’re missing a couple of consumer-focused features, and one big one is trailers. Here, we’ll see how you can start a trailer in iMovie, but finish it in FCP X. 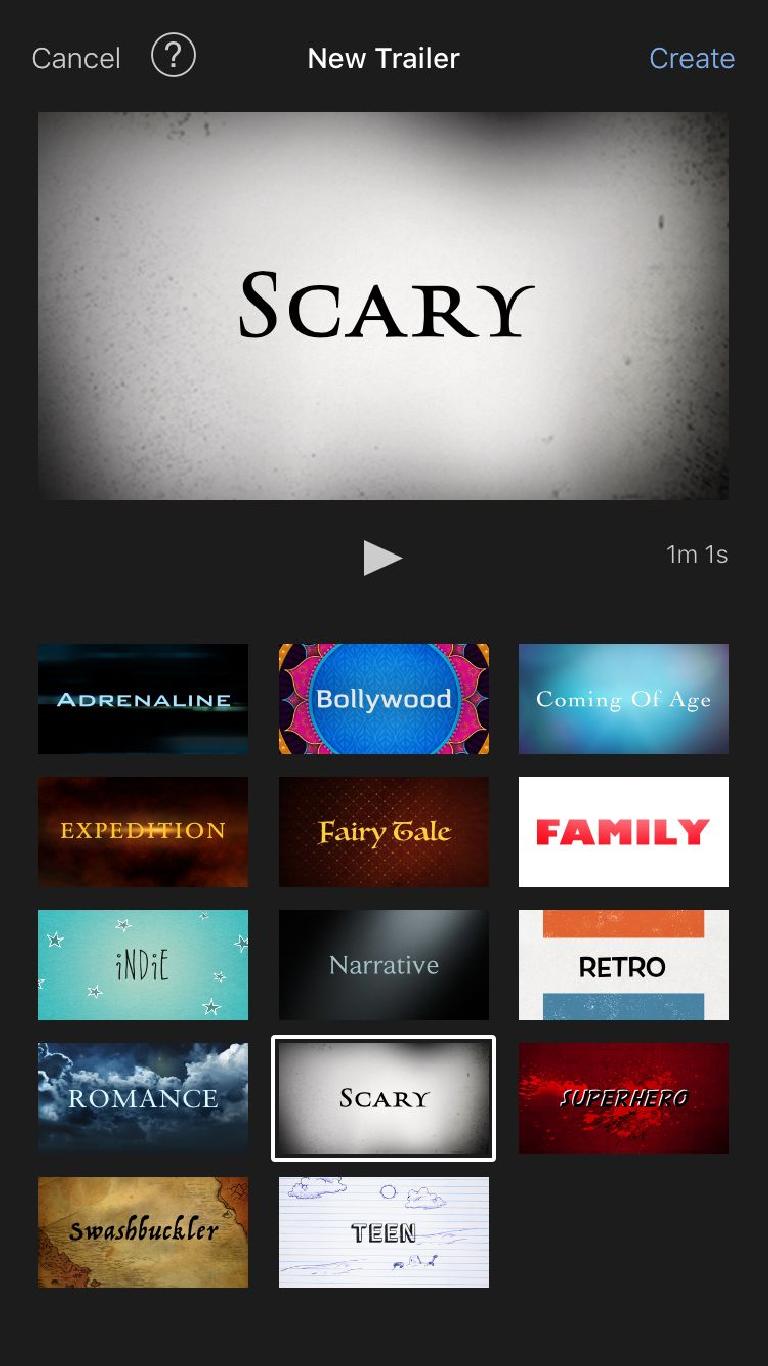 So what are Trailers anyway?

In iMovie for iOS and the current version for Mac, you have the choice of creating a Movie or a Trailer. A Movie is more or less a free-form edit, and though you do have Themes to help you, you’ll be picking your own shots and assembling them however you wish. A Trailer is template-based and quite different: you’re presented instead with an outline full of changeable titles and a storyboard full of specific kinds of shots—medium, group, etc.—that you provide. Shoot all the videos, add custom text to the matched titles, and then the predefined music will bring it all together and make you look like an editing genius. Even if you’re an experienced editor, it’s a fun way to get the family involved in a video project. 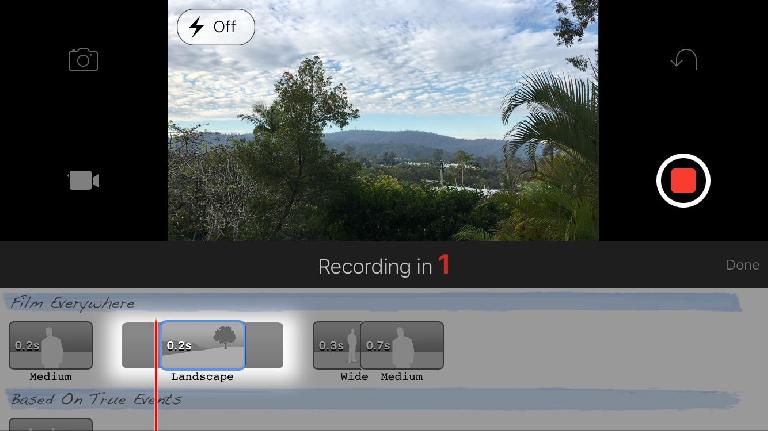 Getting iPhone shots into your trailer is easy

Starting on iOS, then moving to Mac

The Trailer feature works very nicely indeed on iOS, and works on both the iPhone and the iPad. My daughter has made several pretty scary horror movie trailers already, and being able to shoot and edit on the same device couldn’t really be more convenient. With that in mind, if you know that you want to shoot at least a few shots on an iPhone or iPad, go ahead and do that now. Tap on those shots in the Storyboard, then tap on Camera, then shoot away. However, if you want to shoot on another camera, just leave the shots empty.

As an introduction to moviemaking, an iPad or an iPhone is a great place to begin, but if you want to get more serious, you’ll probably want to shoot on another camera, and move the project over to a Mac. That step is easy if you have AirDrop set up on both devices. 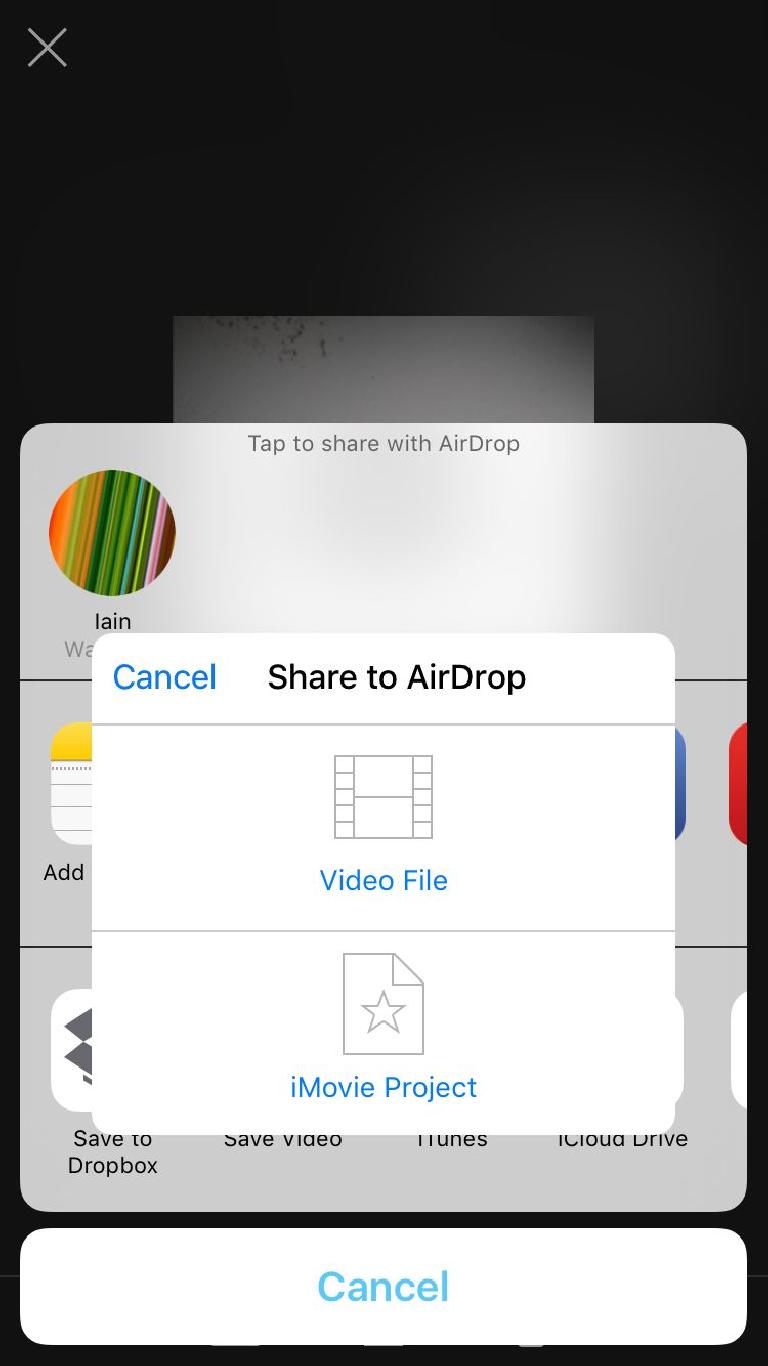 With your iOS device next to your Mac and both on the same Wi-Fi network, choose the Share icon, tap your nearby Mac at the top of the Share overlay, then tap “iMovie Project”. On your Mac, look in Downloads to find a new “.iMovieTrailer” file, then double-click to open it in iMovie. (If you don’t have AirDrop, it’s also possible to use iCloud Drive or iTunes file sharing to share an iMovie Trailer, so try those methods if AirDrop fails.)

Sending an iOS Trailer to your Mac will put you in much the same position as starting from scratch on your Mac, excepting, of course, that you’ll have to shoot your footage separately. The only real difference here is that there’s one additional tab in addition to the Outline and Storyboard tabs—there’s a new Shot List tab which groups the shots according to their shot type.

As before, if you have the shots here in iMovie and ready to go, simply drop them in. Again, there’s no problem if your shots are in Final Cut Pro X, and you’d rather add them there instead. However, if you’re planning on using the built-in titles, it’s a good idea to finalize them now, because they’re going to be hard to edit later.

Moving from iMovie to FCP X

When you’re as done as you want to be here in iMovie, you’ll have to convert it into a Movie, and then send that Movie to FCP X. Choose File > Convert Trailer to Movie, and your Trailer will become a regular movie. No more drag and drop, but you can still edit the titles if you need to. Next, choose File > Send Movie to Final Cut Pro.

The iMovie project as it appears in FCP X

FCP X will open, and in a new “iMovie Library” you’ll see a new Project. The iMovie Library will be in your home directory, in the Movies folder, but you can simply drag your Project into any other Library you have open if you prefer to store your Project elsewhere. So far, so good—what next?

Replace from Start is the magic command you probably want, but you can Replace from End or use Auditions if you prefer

Here in FCP X, you’ll find a few small limitations. You can no longer edit the text of your titles (including opening and closing credits) so you’d have to edit them in iMovie and re-export to get hold of new ones. However, all the named shots (close-up, wide, etc.) are here, including the original descriptive text, and it’s trivial to replace them with your shots.

Select the clip you want to replace on the timeline by Option-clicking on it. This selects the clip and moves the playhead above it so you can clearly see what you’re doing. Click on the clip you want to put there, then hover where you want the shot to start, and press I to set an in point. Press Option-R to Replace from Start. This swaps in your new shot, from your chosen time, and keeps the length of the existing timeline clip. 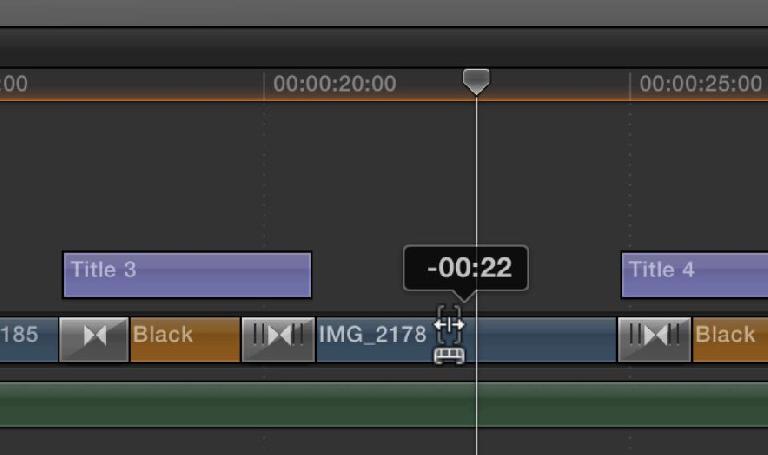 If you find that you’ve got the wrong clip, repeat those steps with another clip, or if you want to use a different part of the current clip, “slip” it by switching to the Trim tool and then dragging sideways on the middle of the clip in the timeline. The length will stay the same, but an earlier or later part of the clip will now be seen.

Drag a light leak clip above, then use Screen, Overlay or perhaps Multiply to add flair

This is where you get free rein: add whatever effects or transitions you want. Use custom color corrections or looks. Add light leaks with blend modes above the existing clips. Replace the titles with your own ones. Augment the music with filters and add sound effects. Add new shots, and swap or chop up existing shots. Add a secret bonus scene after the end credits. When you’re done, publish it any way you like. 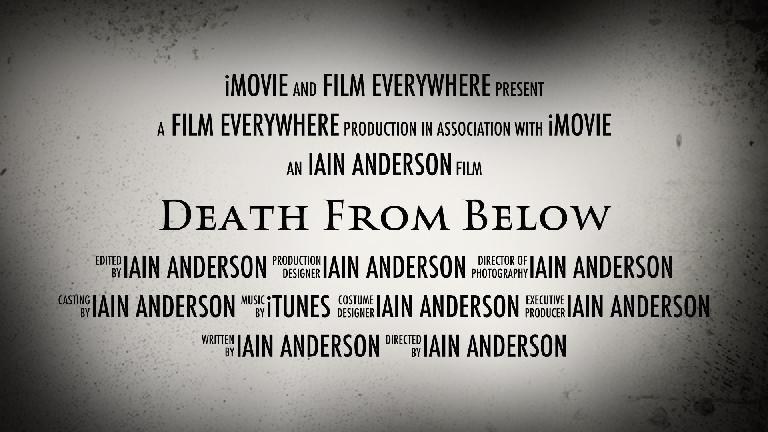 Haven’t you always wanted your name in lights?

Final Cut Pro X provides extensive controls for the professional editor, but it also provides an obvious step up from iMovie for novices. Pulling a trailer into FCP X can be a great way to figure out how you’d make your own from scratch, or simply a way to have fun with your kids while using the professional tool you know best. Either way, Trailers are worth a second look.

Dream It. Do It.
Do you want to learn Core Training: Editing Techniques and Concepts?
Yes, I want to learn!
No Thanks, I just want to read the article.
Feedback
How are we doing?
We'd love your thoughts, feedback and questions regarding our new site. All feedback is appreciated!
We do not respond to this form! If you need support, please visit our support page.
Thank you for your input!
Your message has been successfully sent
Course Advisor
Don't Know Where To Start?
Ask A Course Advisor