All Articles Motion
Motion 5.3: Align To and Link Improvements
Iain Anderson on Sat, March 11th 0 comments
Language
Motion is a powerful yet accessible tool for titling and motion graphics. Iain Anderson delves into some of the newest additions in version 5.3: the Align To and Link Improvements.
Check out the free What’s New in Motion course here.

The recent release of Motion shook things up a little bit, though most of the changes were skin deep. True, the File Browser disappeared, but most of the other changes were about rearranging the interface, cleaning up the UI, and making it consistent with the new FCP X. Some of the more substantial updates are well hidden, and here we’ll take an interactive look at the new Align To behavior and see what it can do. 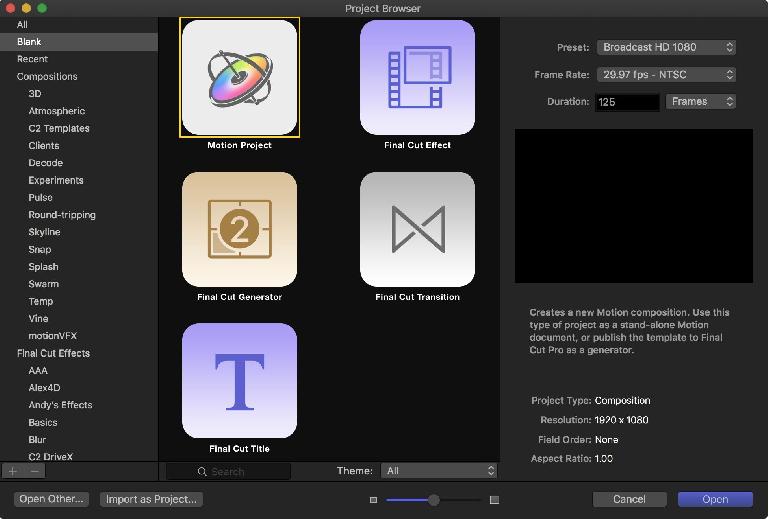 All you need is two objects. Create a new Motion Project with any settings you like, then create a circle and a square with the relocated controls just under the viewer. 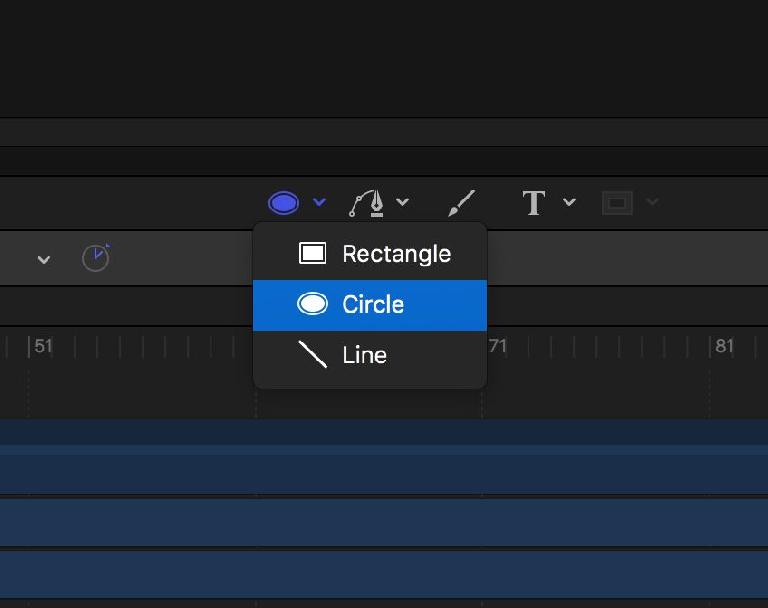 The UI has been moved around 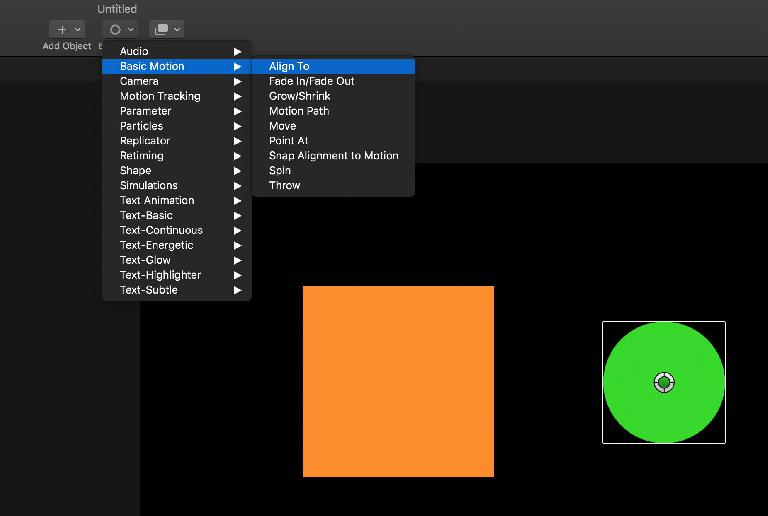 Gluing one object to another has never been easier

We’ll glue the circle to the square for starters. Select the circle, then go to the Behaviors drop down at the top center of the interface. Choose Basic Motion > Align To. This new behavior lets us attach one object to another in various ways, with some new possibilities. To make it work, select the Inspector and make sure you can see the Circle object’s Behaviors, with an empty image well visible. Drag the Rectangle object into this image well, and the circle will reposition itself to the same spot as the rectangle. 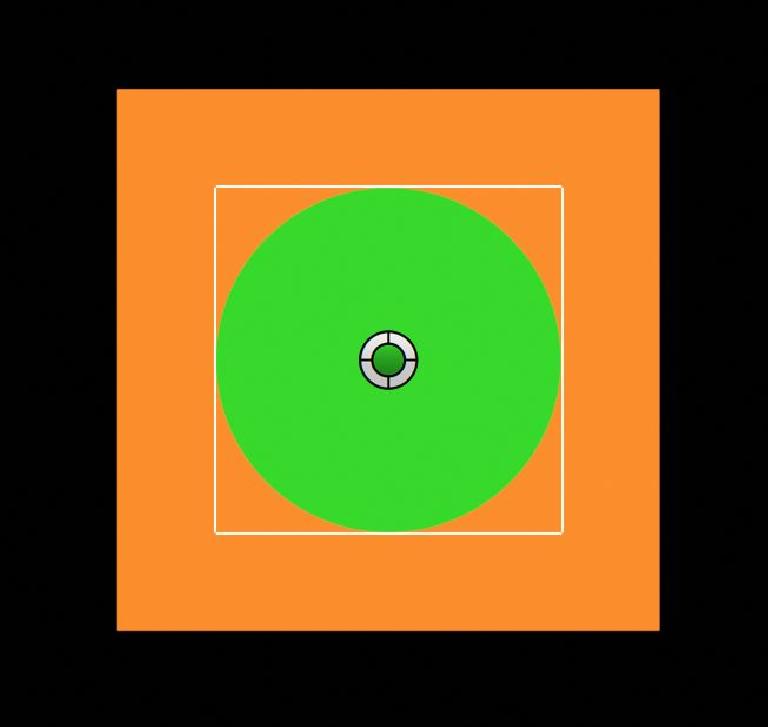 You don’t have to align the two centers though. If you choose to Align the Circle’s left edge with the Rectangle’s right edge, the two objects will sit side by side.

Then match up two edges

As well as the compass points (top, right, bottom, left) any corner is fair game for alignment. However as it uses the bounding box for alignment, it’s not going to match the edge of our circle without some tweaking. You can offset the alignment with X and Y if you need to, or use the Anchor Point, or even an entirely Custom point. Very flexible. 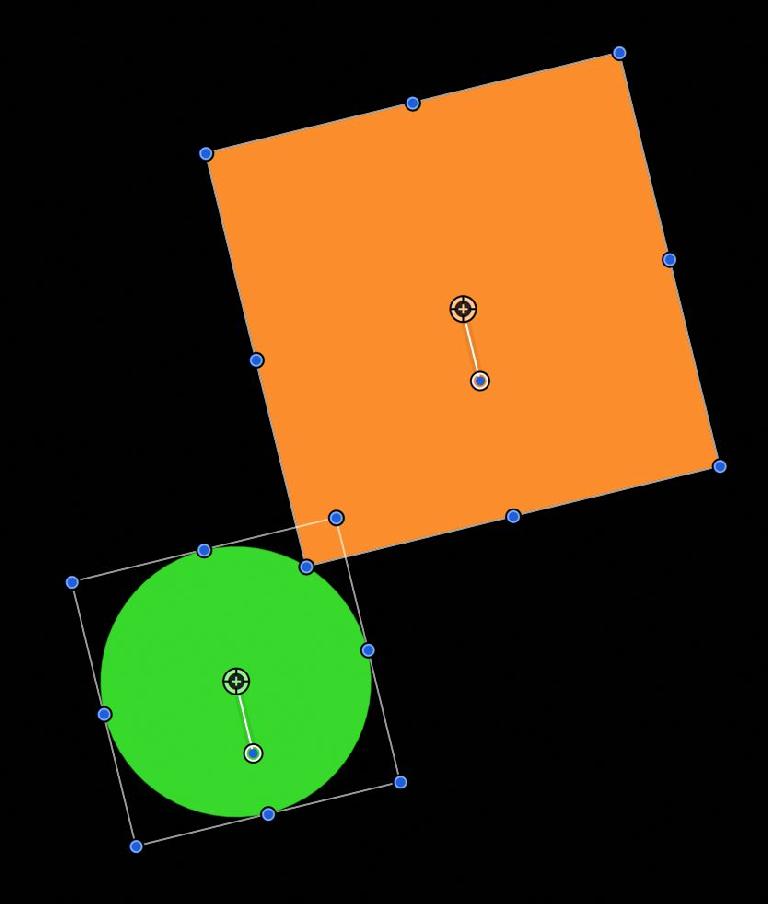 The aligned objects will share the same rotation too

Use a custom offset if you like, and apply a transition to apply the alignment over time

The aligned object doesn’t need to be in position all the time; change the Transition option from None to another option like Ease In or Ease Both. From the time the Behavior begins (which need not be when the object appears) it’ll start to move to its snapped-in position. Ending the Align To behavior early is not the right way to complete the transition, though — as with the Spin behavior, the object will simply snap back to its old position if the behavior finishes early.

Instead, increase the End Offset parameter below the Transition menu. This is the duration (in frames) of the transition-free period after the transition ends. If you’re working at 25 fps and you want the object to stay locked in position for 2 seconds, set this to 50.

One issue to be aware of is that you shouldn’t create a chain of heavily aligned objects. One object can align to another without issue, but expect slowdowns if you align something to an object that’s already aligned to something else. You won’t be able to build puppets just yet.

An issue with previous versions of Motion has been an inability to automatically resize a background box behind text. There have been some cunning workarounds posted, but an extension of the Link parameter in combination with Align To makes it all simple.

Start by creating a new Title, then create a rectangle, place it behind the “Type Text Here” element, set its color to a dark grey, and its opacity to 75%. As before, use the Behaviors drop-down at the top, choose Basic Motion > Align To and drag the text element into the image well. They’ll snap together. 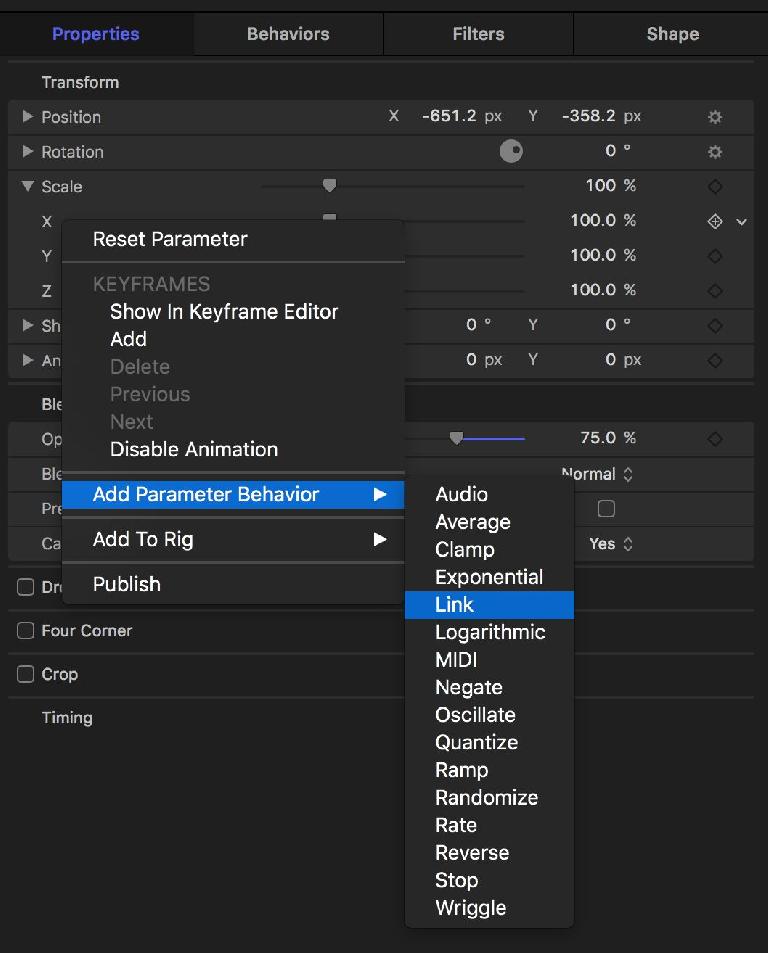 Linking to the width of the text? Absolutely

Now for the magic. Access the rectangle’s Scale > X property, then right click on the X. The new Link behavior will pop to the front, so drag the “Type Text Here” element into its image well. Linking the Scale X property isn’t what we want though, so choose the Compatible Parameters menu, then go for Object Attributes > Size > Width. Repeat these steps to link up Scale > Y with the Height of the text object.

To finesse the margins you see around the text, you can adjust the Scale (rather than the buggy X Offset and Y Offset) in the Behaviors tab, or even right click and publish these properties to allow your users to change them. That’s not all you can do though: you can now also link to the edges of the text element, or even to specific properties of the letterforms themselves, including Ascent, Descent, X-Height, Cap Height or Typographic Height. 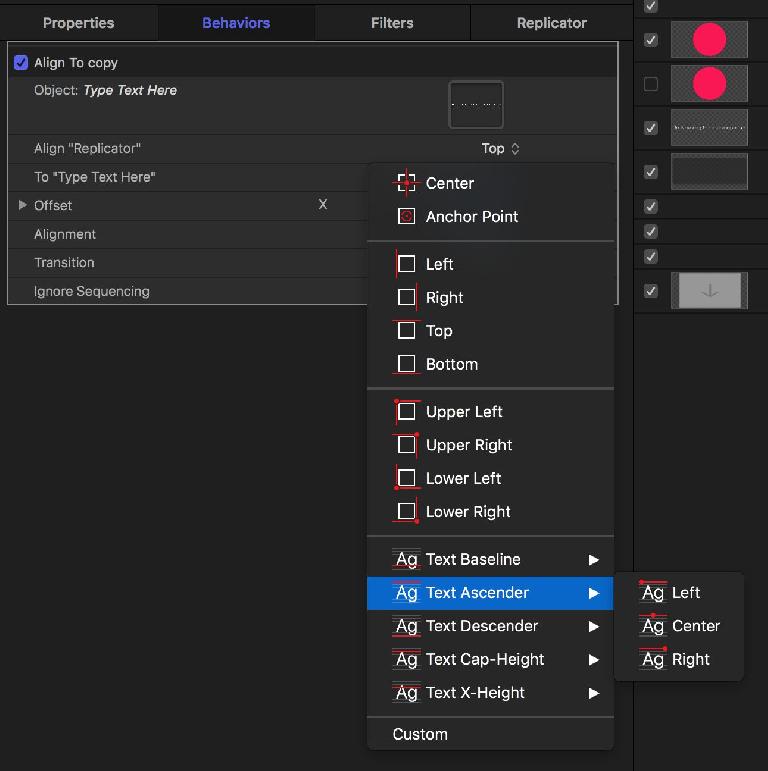 Align to font-specific properties of the text

Align To text as well

These same typographic controls are also available in Align To, if you choose to align to a text object. If you want to place an element above or below a text object, no matter what font is used, how many lines of text there are, or what size the text is, that’s now trivial.

One issue is that not every font seems to include the same data in the same places. For example, aligning a thin line to the x-height or baseline works perfectly with most fonts, but ascender and descender positions seem to be all over the place. Even “pro” fonts will link these two properties to the wrong position, so be careful.

Whatever happened to the descender position on Myriad Pro?

The new Align To behavior and new access to text properties with Align To and Link provide a much needed boost to title creators. Because title creators can now know exactly how big your text is, they’ll be able to build their templates to work with any font, and any amount of text. That’s great, even if there are a couple of limitations to bear in mind.

The FCP X-Motion title workflow was already the best in the business, and it’s now even better. If you make titles, embrace these features as soon as you can, but remember that they’ll only work with Motion 5.3/FCP X 10.3 and up.

Dream It. Do It.
Do you want to learn Compositing and Visual FX?
Yes, I want to learn!
No Thanks, I just want to read the article.
Feedback
How are we doing?
We'd love your thoughts, feedback and questions regarding our new site. All feedback is appreciated!
We do not respond to this form! If you need support, please visit our support page.
Thank you for your input!
Your message has been successfully sent
Course Advisor
Don't Know Where To Start?
Ask A Course Advisor