All Articles Review
Review: motionVFX mO2
Iain Anderson on Sun, February 3rd 0 comments
Creating and adding dynamic 3D modeled objects and scenes to your FCPX or Motion projects has never been easier. Iain Anderson gets to work with motionVFX mO2.

Way back in 2014, I reviewed (and recommended) motionVFX’s mObject. And now, the next big version is here: mO2 — a total rewrite. With the promise of photorealistic rendering, fast performance, and support for importing models from “real” 3D apps, is it worth an upgrade? In one word: yes. In five words:
Elaborate, Pretty, Fast, Powerful, Expandable. Let’s break it down.

So how does it work? As a plug-in for FCP X or Motion, it shows up as a Generator. Motion will give you the most control, and that’s where you’ll want to be if you want to make original animations. If you’re in FCP X, you’ll still be able to enter your own text, add objects and manipulate properties, but the lack of real animation graphs can become an issue pretty quickly if you want to build original animation. On the flip side, the built-in presets in FCP X are ready-to-use, and a few quick modifications will give you a custom 3D opener to impress any client. 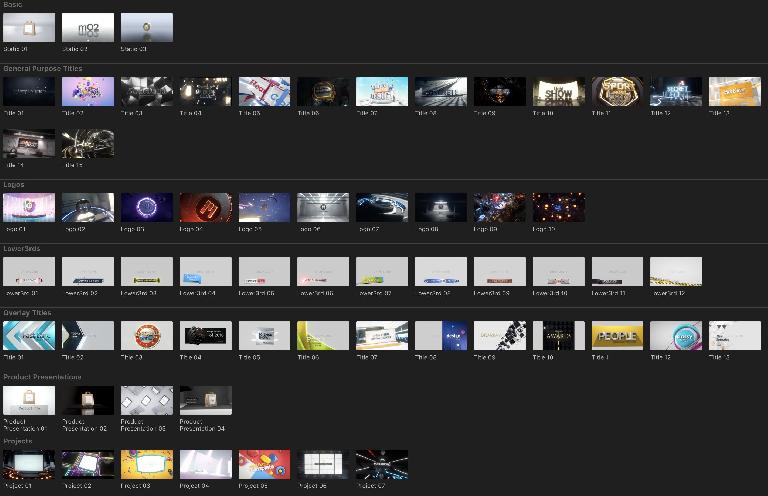 The interface is similar in either app, though note that you’ll need to choose the Adjust Item tool to see mO2’s on-screen controls in Motion. You start from a preset of some kind, or from a blank slate. In the Scene Structure pane, you’ll use the Add menu to add some objects, text, lights, instancers, extruded SVGs or nulls, and then add materials to them if needed. With your objects in place, you can select anything in the Scene Structure area, then change its properties in the pane below, with controls that look similar to the built-in sliders, dials and keyframes. And there are a lot of settings!

In Motion, let’s fly a space jet in a straight line — Scene Structure at the top, and the selected object’s properties below

As well as an object’s scale, position and rotation, hundreds of preset animations in the Object Behavior Library let you manipulate an object any way you’d like to. It’s unfortunately not possible to apply Motion’s own behaviors or parameter behaviors to mO2’s elements, but there are enough built-in animations that it’s less of a problem, and more of an adjustment you’ll need to make. mO2’s more self-contained approach (when compared to mObject) means that output speed and quality are both optimal. Indeed, Motion objects and mO2 content don’t really interact, though you can set the background to a Drop Zone to place mO2 objects on top of video.

mO2’s output (described as Physically Based Rendering) looks pretty amazing, with many subtle features that combine to give high quality results. The material and texture details, plus the included lens effects, motion blur, depth of field, blooming and glows can make a big difference to the finished output, and are a big visual step up compared to something you’d make in Motion alone. 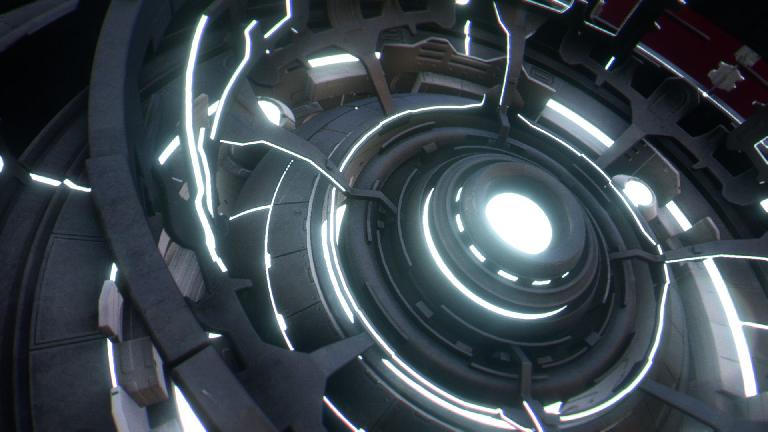 Here’s one of the built-in shapes, with several parameters tweaked and components rearranged

I’m used to working with 3D text alone in Motion, and while that’s very good, it’s a bit too clean. The default lens settings in mO2 have just a bit of dust, a bit of defocusing and lens aberration, and it’s all very pretty indeed. If you do want it cleaner though, no problem. Select a Camera above, then pick a new preset in the Camera Settings below. There’s a Sharp preset with none of those effects active, and if you need to combine traditional Motion-built animations (perhaps 3D text) with mO2 output, this is a great option. (It’s also a fast way to work if your Mac is underpowered.) 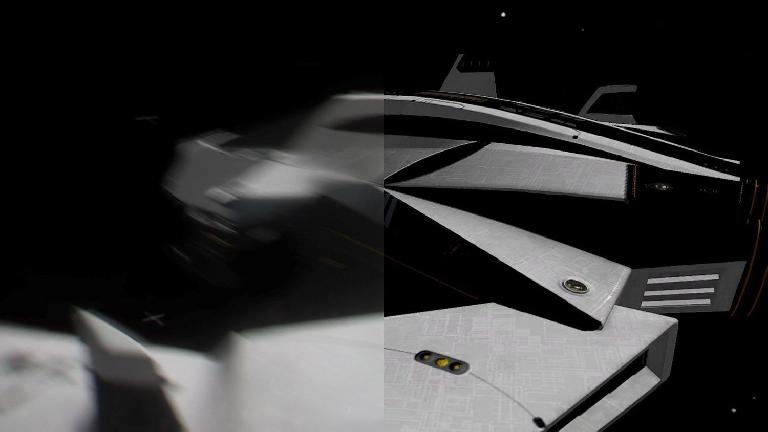 The aforementioned space jet, rendered as Default on the left, Sharp on the right

Going the other way, there are Hazy, Old and Macro presets which crank up the blur — prettier, but a more stylized, vintage feel. The default preset is a great place to start for most projects, and you can modify all the effects (or turn them off) if you decide they aren’t for you.

Despite all the things it lets you do, mO2 certainly feels fast and responsive most of the time. It’s worth noting that while Intel integrated graphics aren’t supported, they might still work in a pinch, and I was able to move complex objects around (with the Sharp lens preset) and keep a fps count in the mid teens on a 13” MacBook Pro. A modern iMac, iMac Pro, 15” MacBook Pro or any eGPU-equipped Mac will be able to push a whole lot more content in realtime, and that’s great. 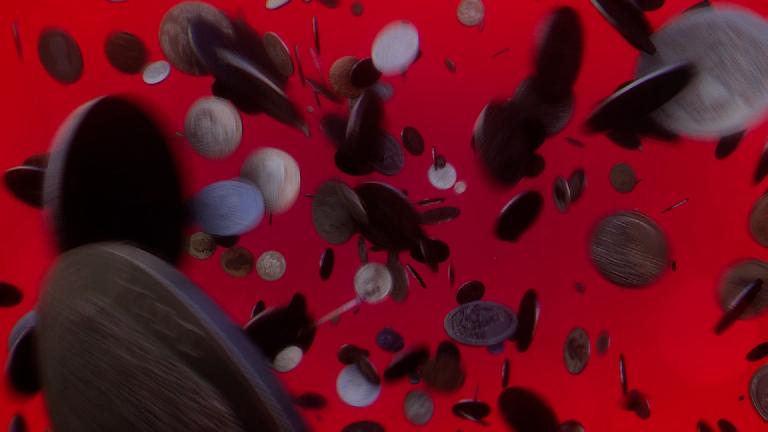 Motion has always been fast, but manipulating multiple 3D elements with shadows and lights is where it tends to bog down. With text, mO2 is not just faster, but looks better too. Standard renders look as good as Motion’s “Best” quality, and Motion Blur doesn’t cost nearly as much as it does with native 3D Motion elements. It’s entirely possible to quickly scrub back and forth with motion blur and lens distortions active. You don’t have to sacrifice quality to work quickly, and I’m sure clients will love what they see while you’re messing with a motion graphics piece.

One of the more advanced features of mO2 is instancers, which are analogous to replicators in Motion. One object (or a few) can become a grid, circle, line or other group of objects. Each instance in the group can be transformed, or a “modifier” can be added to randomise (or otherwise change) the entire group at once. You can add a fresh instancer from the top-level Add menu, but some instancer presets are found in the Models submenu. 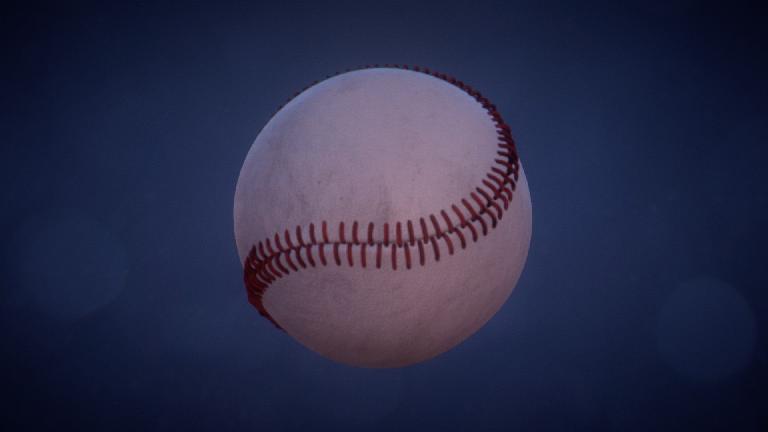 Just a simple built-in baseball on the default background

Here’s a quick example to step through a few of the features. You could start from a model of a baseball (provided), create an instancer, set it as a grid, then drag the baseball onto it. Now you’ve got a 3D grid of baseballs. Under Grid Size, find Transform All and animate Rotation Y with keyframes. Now you’re spinning the whole group around.

Add a modifier to the instancer, then vary rotation in three dimensions and vary scale uniformly. Add another modifier, but animate the Position X property from 0 to -10 over time. The neat grid becomes a crazy loose pack of baseballs. 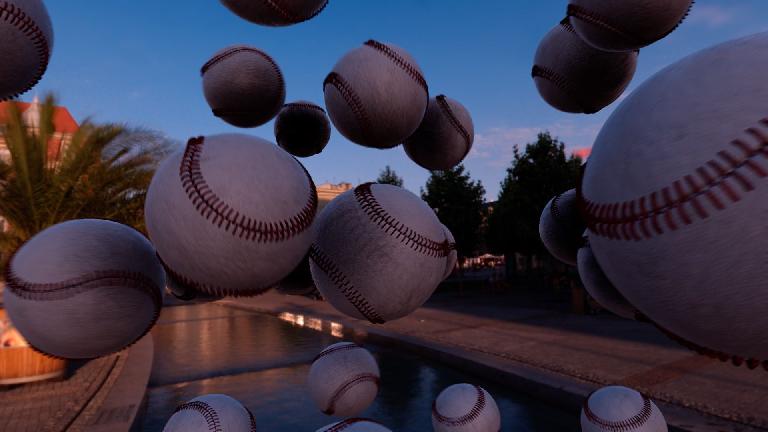 Head up to the Scene Settings. Select Background, and below, set its type to Environment. Now you can see the image that would otherwise only be used for reflections. Choose Environment in the Scene Settings, press the blue Environments button below, and pick one of the Blue Sky panoramas. We’ve only just scratched the surface, because above all else, mO2 is…

The base pack of mO2 includes a collection of models and textures, but if you want more, there are additional packs available. Some of these, like the recent Halloween pack, are free, while others are available for purchase. If you like high-tech graphics, for example, you’ll probably want to pick up the sci-fi pack, and there are already packs of electronics, commercial, industrial and money-related objects, as well as a material pack of advanced shaders. 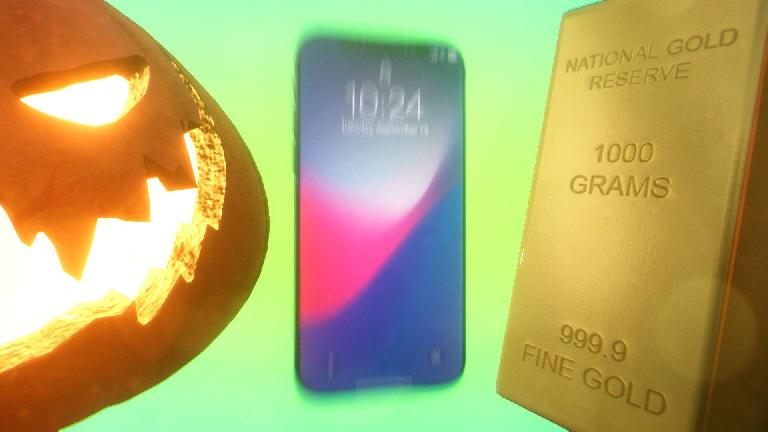 Halloween meets a moving iPhone meets a gold bar, just because you can

You can also import your own models in a variety of formats, though you should read the user manual to discover the finer points of the import process.

motionVFX have really created something special with mO2. If you would like to expand your motion graphic skills into 3D, but keep a strong integration with FCP X and Motion, there’s no better way to go. If your clients are requesting integrated 3D models, this is a great choice. And if you feel you need to move further in your own motion graphics work, the quality of the output and capabilities of mO2 are a terrific enabler. 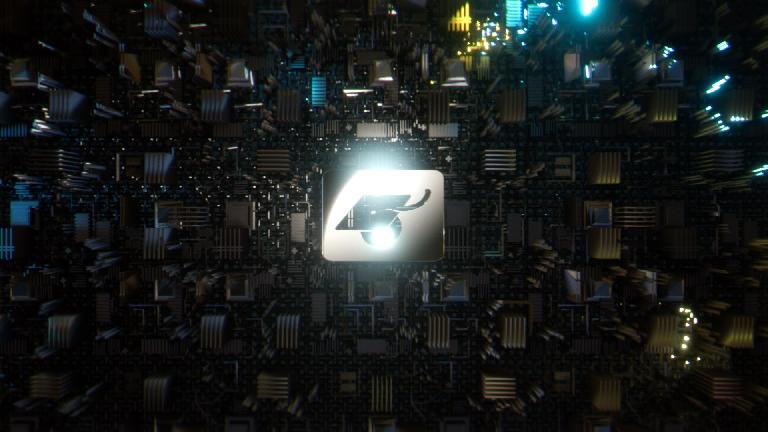 The mPV logo, punched into metal, in a modified FCP X preset

With only FCP X as a host, mO2 can be great, but you’ll probably want to get to grips with Motion to really unlock its potential. In either parent app, though, it’s a great package that comes highly recommended.