All Articles Flash
Editing sounds in Flash CS5
David Smith on Thu, November 17th 1 comments
Language
You may have heard the saying: Video is two-thirds audio. The same idea can be applied to interactive animations made in Flash, too. David Smith sounds out the audio side in Adobe Flash CS5.

When I teach Flash classes we always split them into two categories: Designer and Developer. This article focuses entirely on the Designer and how sounds can be added to and edited in .swf files without the use of Actionscript. 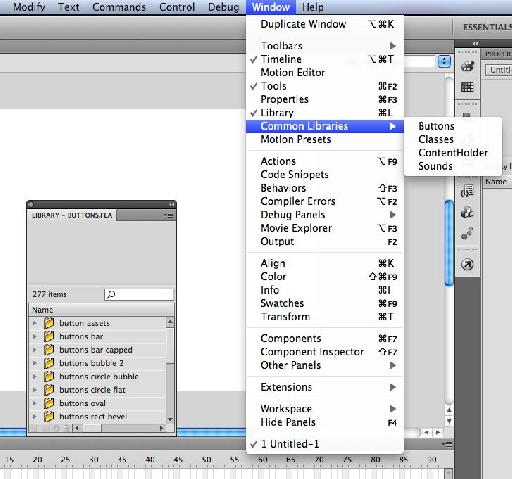 One of the most fun sets of buttons to use are the Arcade Buttons, these are in the classic buttons folder. They bring back many wasted hours of my youth. 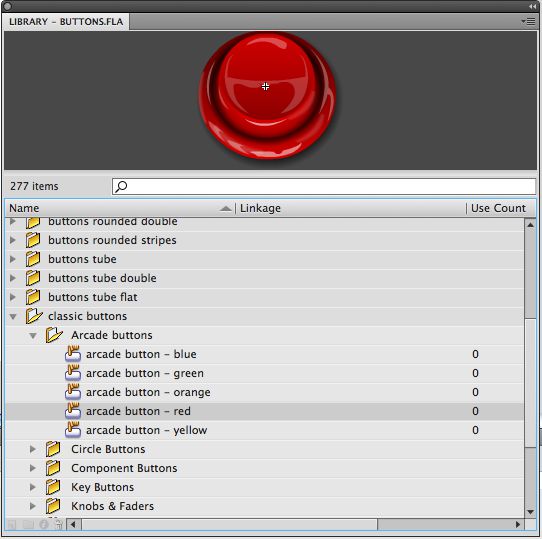 Select the color you want and frag it onto Scene 1.

Step 2 - Create a layer for Sounds

Double-click on the instance of the button you just inserted to open the Symbol. 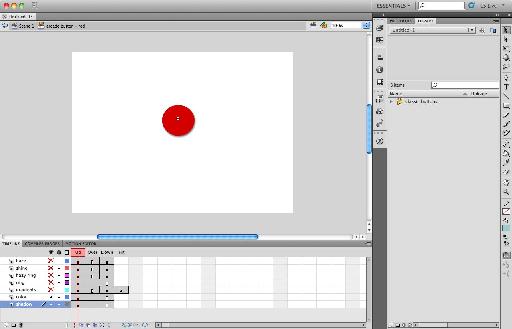 As you can see there are a number of layers already in place in this button. Add another layer and then double click on its name and change it to read "Sounds". 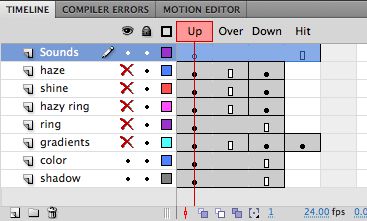 The layer "Sounds" is there to hold any sound effects we now add to this button. Adding a layer specifically for sound makes it easier to modify or remove them later, as they will all be in one easy to find place.

To find Flash's built-in sound library go to Window > Common Libraries > Sounds and the Library will open in a new panel. 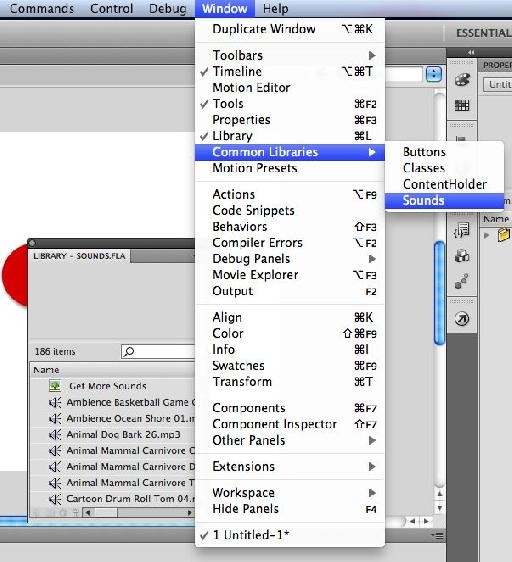 The effect we are going to use is called "Sports Basketball Dribble in Gym Short.mp3".

Tip: Try typing it in the Search field in the Sounds Library Panel.

The sound will be heard every time the button is clicked. To enable this the sound needs to be added to the Down state on the buttons Timeline.

Select the Down frame on the Sounds Layer and press F6 to add a keyframe. This keyframe will hold the sound. 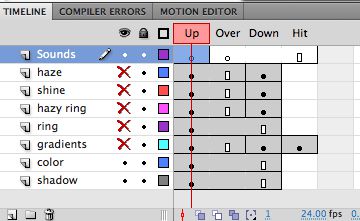 To add the sound to this new keyframe, pick it up in the Sounds Library and drag it to the document, not the keyframe. 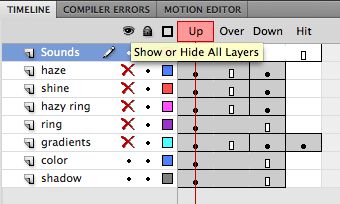 The audio will now sit on the down keyframe on the Sounds layer. You can make out a blue waveform inside the keyframe if you look on the timeline.

Click on the keyframe in the Timeline to select it and have a look at its properties: the Sound property shows the sound applied.

Save the Flash Document to the Desktop, File > Save or Command-S and name it Button1.

Then press Command-return to Test the Movie.

The sound effect is too long, and takes too long to start. Press the button more than once and we start to get an echo effect. Not good!

Step 6 - Open up the sound editor

Back in your Flash project, click on the Keyframe that you added sound to on the "Sounds" Layer in your Button symbol. 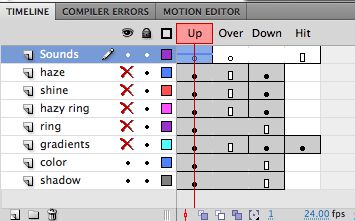 Click on the Pencil icon next to the dialogue box that contains the sound name. 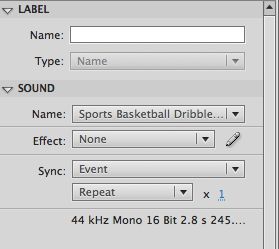 A new window opens that contains the Audio Waveform for both tracks of your sound effect.

Step 7 - Modify the Sound so it fits 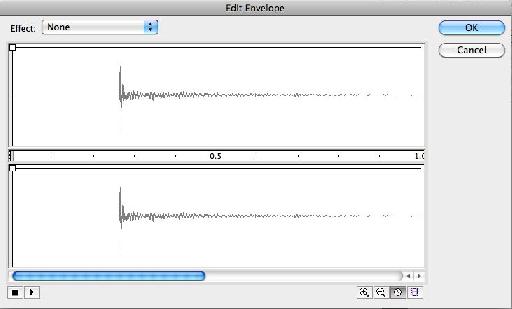 Between the two Audio Tracks sits a timeline for the audio. At each end sits a handle, as I've indicated. 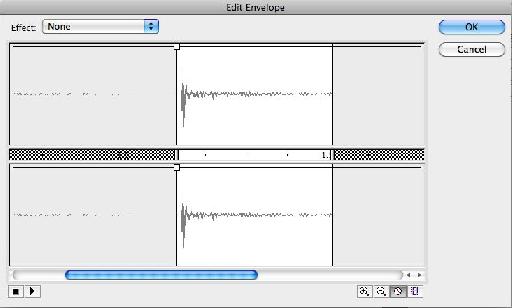 Play the sound in the Sound Editor. You have trimmed the longer sound down so it's just the part needed for the button.

Save the project again and then publish a test movie by pressing Command-return.

Click the button in the SWF to hear the changes.

A nicely performing button, with no Actionscript required, as promised. 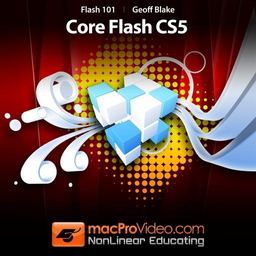 Dream It. Do It.
Do you want to learn Core Flash CS5?
Yes, I want to learn!
No Thanks, I just want to read the article.
Feedback
How are we doing?
We'd love your thoughts, feedback and questions regarding our new site. All feedback is appreciated!
We do not respond to this form! If you need support, please visit our support page.
Thank you for your input!
Your message has been successfully sent
Course Advisor
Don't Know Where To Start?
Ask A Course Advisor