All Articles GarageBand
Adding More Instruments to Garageband
G.W. Childs IV on Fri, February 25th 2 comments
Language
Garageband makes it really easy to get in there and easily set up virtual instruments that come built-in. However, if you're going in to Garageband with the intention of using a third-party plug-in, y

Garageband makes it really easy to get in there and easily set up virtual instruments that come built-in. However, if you're going in to Garageband with the intention of using a third-party plug-in, you might be scratching your head at first.

In this Quick Tip, I'd like to show you how to easily set up a third party audio unit plug-in (like EZDrummer, Addictive Drums, Superior Drummer, etc).

In this tutorial, I'll be using Addictive Drums!

In the Software Instrument Tab on the Right, press the 'Edit' Tab. 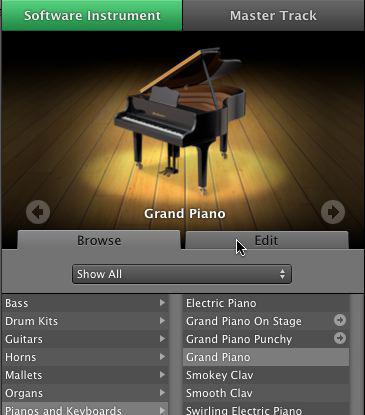 Under the 'Sound Generator' heading, click where it says 'Piano'. It will always default to the 'Piano' instrument when you create a new track. 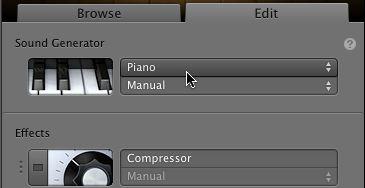 In the drop-down list that appears, navigate to the 'Audio Unit Modules' section and choose your desired instrument. In my case, I'll choose 'Addictive Drums'. 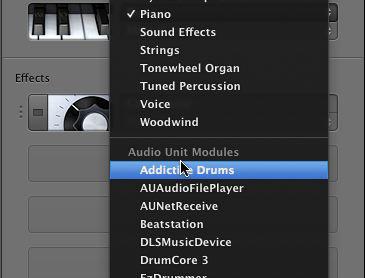 Once you select your instrument, a little orange Audio Unit Icon will appear, with your instrument next to it. But you still can't see it, right? Click the Orange 'Audio Unit' icon.

Once you click the Audio Unit icon, your instrument will appear with it's graphically-friendly interface, ready for your use! 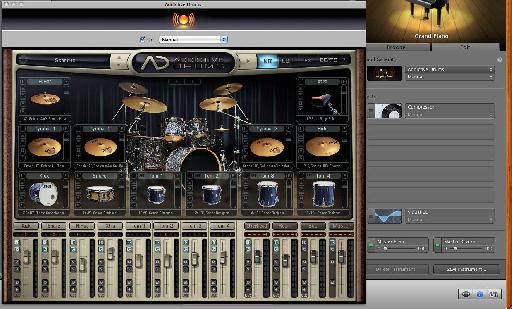 And that's really all there is to it! From here you can use your third-party instrument exactly the same as if you were using a built-in Garageband instrument! If you're using a MIDI Controller, you can trigger the instrument it the exact same way you would a regular Garageband Instrument.

One word of caution though: I would heartily recommend against running multiple versions of plug-ins like EZDrummer that use a lot of samples, or recorded audio. You can quickly eat up valuable system resources before you know it! Stick with one instance of EZDrummer, or Addictive Drums, and the rest should be smooth sailing!

Want to learn more? Check out these Garageband tutorials!