This would make a really eye catching poster, or book cover. I like to use it on early 20th C text styles such as Art Deco with simple monochromatic hues. It works equally well if you are planning to create a 70's or early 80's Disco style, provided you use bright, almost neon colors in the design.

Select the Rectangle tool or press M and draw a large rectangle on the page. 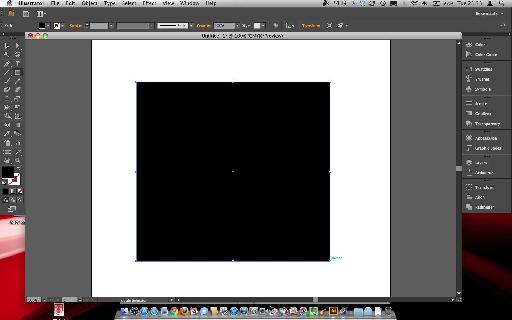 It's not important how large the shape is, nor what color is used to fill it. Make sure the Stroke is set to none however.

Step 2 - Fill With a Striped Pattern 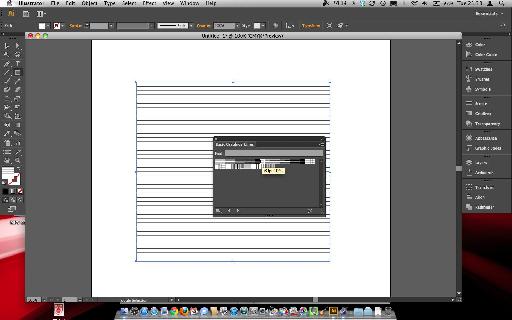 The rectangle will fill with a thin pin-stripe. Re-size the rectangle until it is larger than the page.

The striped pattern will remain horizontal, however I want it to be at 45Â°. With the stripe filled rectangle selected choose Object > Expand. 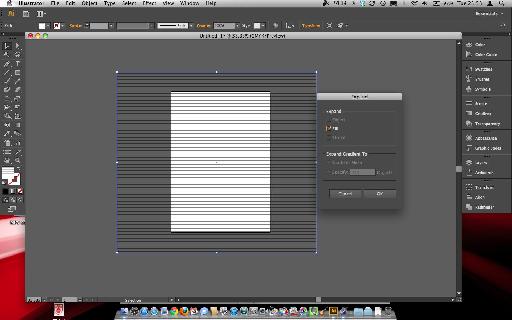 Fill is the only option available here, so click OK to accept it and expand the pattern fill into a group of paths.

Using the select tool, grab the shape just outside one of the corner points and begin to turn it clockwise. Press and hold SHIFT as you turn to use increments of 45Â°. 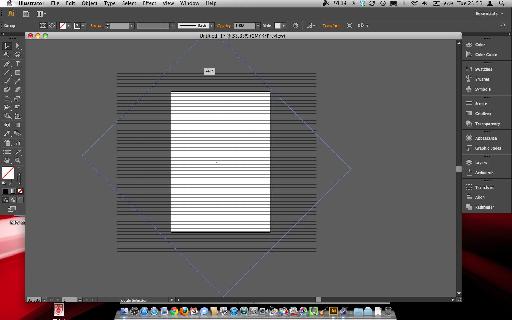 Step 5 -  Copy and paste the Shape

Still with the shape selected choose Edit > Copy or press Command-C. Then paste the copied shape in front of the original by pressing Command-F.

To make it easier to format the text, switch off the visibility of both the shape layers. Select the Type tool and add the text. 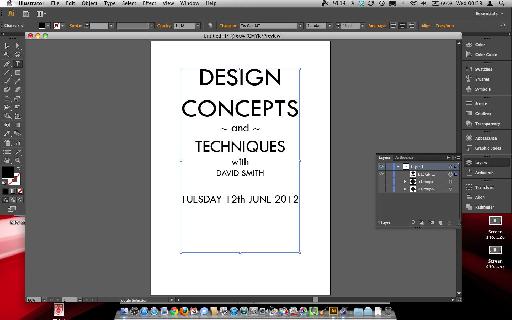 Here I formatted the text using the Tw Cen MT font and varying the size and case of the lines.

In order for the text to blend with the lines to create the effect we need to turn it into Paths. With the text frame selected choose Type > Create Outlines or press Shift-Command-O. 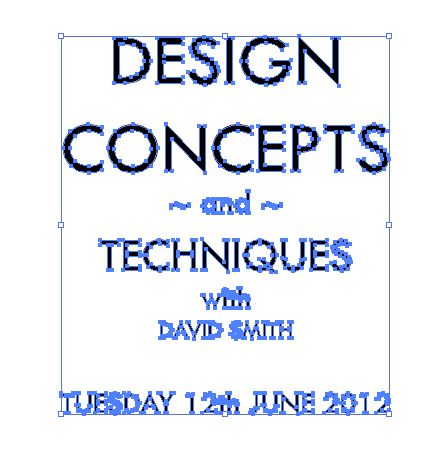 Step 8 - Add a Stroke and remove the fill

Use the Swatch panel to change the Fill color of the outlined text to None and the Stroke color to Black. This will enable the editing of the stroke to create a better relationship with the line pattern. 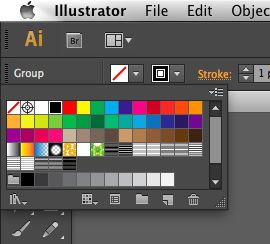 Use the stroke panel to set the stroke so that its aligned to the inside of the path. 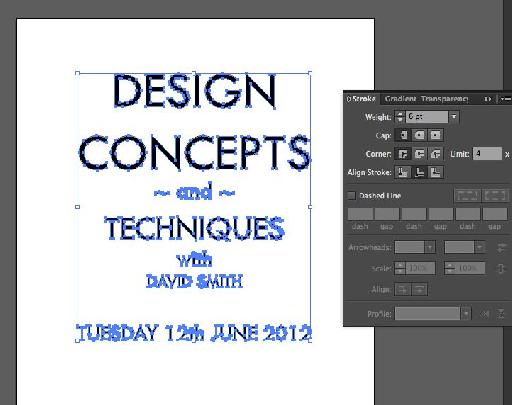 Then increase the Strokes width until the letters become solid again.

Step 10 - Round the Text Corners 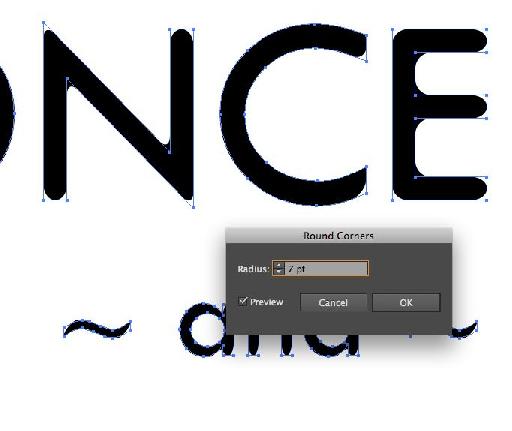 This step is not vital, but you should find it makes the join between the text and the lines a little better.

Switch on the uppermost shape layer so that the text and the angled stripe pattern are visible, and select both. Using the Transparency panel click the Make Mask button to generate an opacity mask. 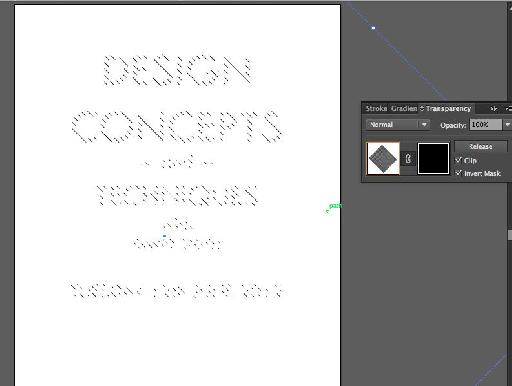 At first the mask will obscure the image, however checking the Invert box will make the image re-appear as a combination on stripes and text.

Step 13 - Thicken the Stroke on the text

The stroke is not available to edit on the Mask, however clicking on the Edit Contents button will reveal the strokes settings. Use the stroke weight option to fatten up the stripes of the letters so that they will stand out against the stripe pattern later. In this case I set the weight to 5pt, but that very much depends on the size of the font used.

Open the layers panel and turn on the last of the layers visibility. This combines the image of the thicker striped text and the thin striped pattern to look like one set of stripes with different thicknesses, that form the letters. 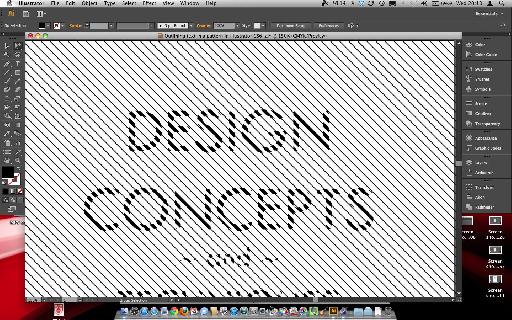 Up close this might prove a little hard to read but from a distance the text is visible.

As I said earlier the design can work just as well using various colors. Adding a background layer with a radial gradient applied (to act like a Vignette) can really enhance the design. I also re-selected the masks contents and changed the colors of the text/stripe combo to an inky blue to compliment the neutral background.

As well as working with more muted traditional colors, extreme contrasts can work just as well. Here I swapped the colors for an electric blue gradated background and a bright pink stripe and text. One area that might enhance the design further would be to create a more curved flowing text. It's worth trying a stroke setting that utilizes the variable width stroke presets. They wont always enhance the design, indeed sometimes quite the opposite but don't let that put you off trying. Keep experimenting with the stroke thickness, color combination and fonts to see what you can create. If nothing else its great practice using the Opacity Masks for future designs.