All Articles Illustrator
Remixing Photos in Illustrator
Iain Anderson on Mon, November 12th 0 comments
Language
Don't be fooled that Illustrator can't be used to manipulate images... it can! In this quick tutorial, Iain Anderson, thinks aloud outside the box to show how to remix photos in Adobe Illustrator CS6.

One of the most exciting things about working with creative applications is discovering new ways to use them. Illustrator isn't usually thought of as a photo manipulation app, and that's because it really isn't. However, you can still use it to change a photograph into a twisted vector, screen-print version of itself. If you get stuck, this technique is covered in-depth in video form in my Illustrator CS6 106 course.

In an Illustrator document, use File > Place to import a photograph. Any size is fine; we'll be reducing the size of the image anyway. I've gone with my now-traditional portrait, and while portraits tend to work well, you can use any good quality image. 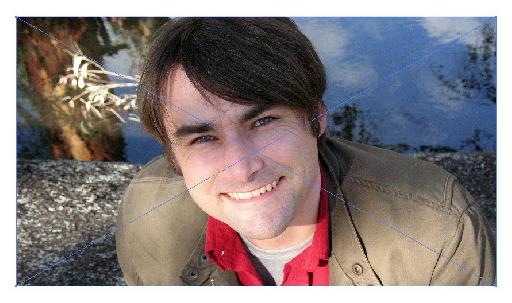 Here's the image imported into Illustrator.

With the image selected, choose Object > Rasterize. For the vast majority of images, the Medium (150 ppi) setting should find a good balance between detail and speed. We'll be vectorizing the image next, so we don't need the fine detail. 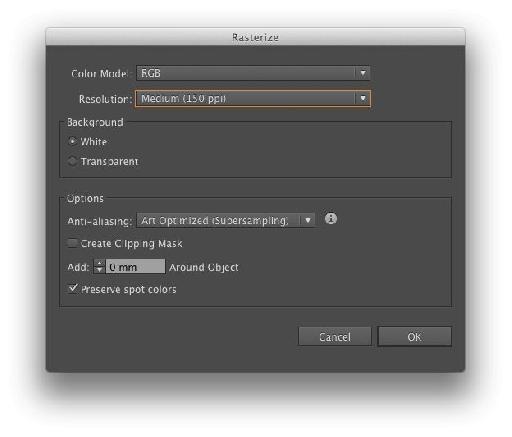 The Rasterize dialog set to 150 ppi. 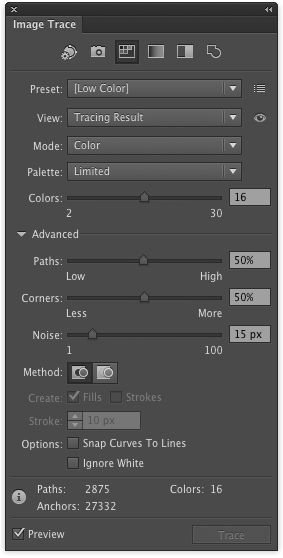 Here's the Image Trace panel with the option you're about to look for.

With that window open, click the Low Color icon, third along in the set of six icons at the top. Open out the Advanced section and choose the Overlapping option instead of the Abutting one. This will help at least a little to avoid producing white gaps in the next step. Lastly, finalize the trace by pressing the Expand button in the Control panel at the top of the screen. 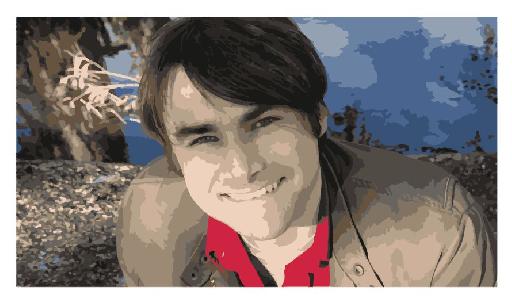 This is what you should end up with.

Choose Object > Path > Simplify and turn on the Preview checkbox. Turn the Curve Precision slider down until you get an appealing result '" you're looking for a twisted, surrealist version of your artwork. 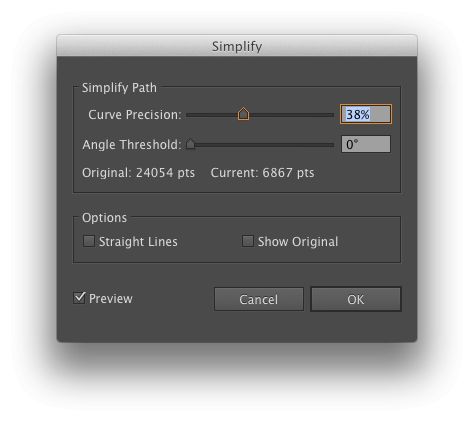 It can be a little tricky to see the final result, so if you approve it then change your mind, don't be afraid to undo and try again. 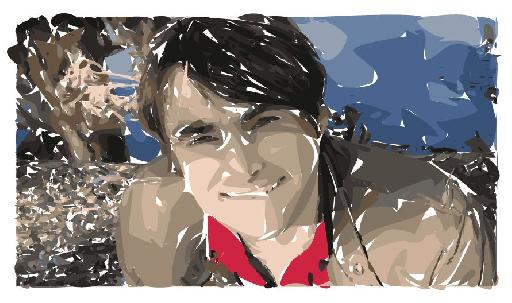 Simpler, and a bit crazier.

Now, from the Harmony Rules menu at the top of the screen, choose one of the presets there, such as High Contrast. Flick into Edit mode below, then drag one of the colors around the color wheel to find an effect you want.

You're going for crazy here, so press the Unlink Harmony Colors button (the chain link below and to the right of the color wheel) then drag each circle wherever you like, and don't be afraid to drag the brightness slider up and down as well.

For specific one-color changes, head into Assign, then drag color boxes to change how they are reassigned. 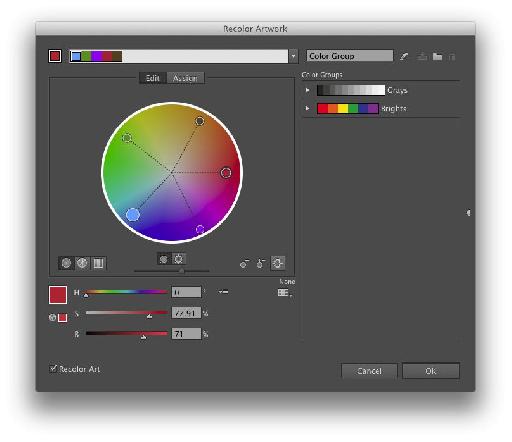 The Recolor Art dialog after a little tweaking.

Many possibilities remain. You could simplify one more time to push the shapes around. If you edit colors again, you could avoid choosing a Harmony Rule and simply push the existing circle instead. It's fun to play with and can look great '" whether you're going to screen-print it or not. If you're looking for eye-catching artwork at any size, this is a great way to get started. 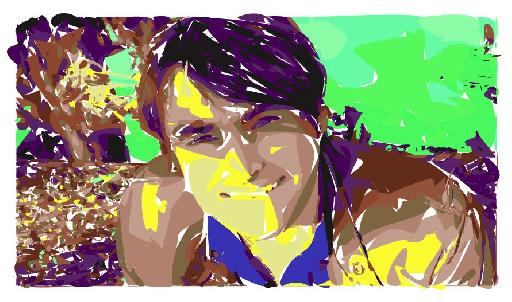 After all is said and done.

Dream It. Do It.
Do you want to learn Trace and Paint: Create From Real Media?
Yes, I want to learn!
No Thanks, I just want to read the article.
Feedback
How are we doing?
We'd love your thoughts, feedback and questions regarding our new site. All feedback is appreciated!
We do not respond to this form! If you need support, please visit our support page.
Thank you for your input!
Your message has been successfully sent
Course Advisor
Don't Know Where To Start?
Ask A Course Advisor