In this article I'm going to describe how I create text that looks like it's just had a huge workout. A little puffed out and all sweaty. It's a great technique to illustrate hard work, or stress perhaps. Or as a logo for a Gym or an Activity. 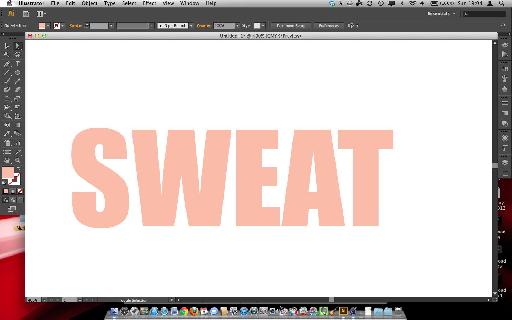 I have used the Impact font set to 86pt on an A4 sheet. I've colored it a fleshy kind of color, use your imagination here.

Press Shift-Command-O to create outlines, so as to break the letters apart into Paths rather than just ungrouping the letters.

Now we can add some red to the cheeks as it were, and get the text to slouch a little, as it's exhausted.

Keep all the Paths for each letter selected and press Command-G to group them together. This will make it easier to move around etc. 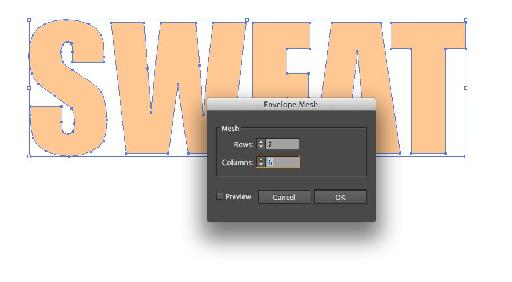 Choose Object>Envelope Distort> Make with Mesh or press Alt-Shift-Command-M to create a warp mesh. This Mesh will create the wobble on the text. Choose a grid that has 2 Rows and 6 Columns.

TIP: Use more for a longer work, or less for a shorter word.

Use the selection Tool to start pushing and dragging the mesh (squares move multiple points, anchor points move smaller sections). So that it looks all mushed up and has lost any firmness, a bit like me after a run! 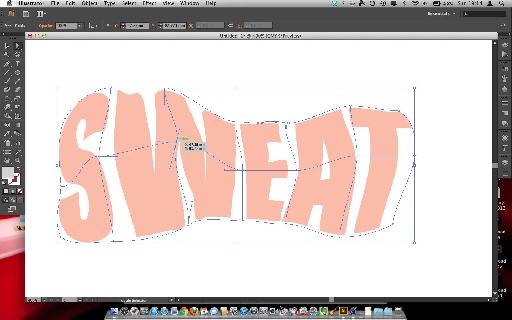 You might try adding a Gradient to the shapes if you know how, so that it has the equivalent of hot red cheeks.

Add a new layer and on it draw an oval shape with the Ellipse Tool L. This will become a sweat bead. 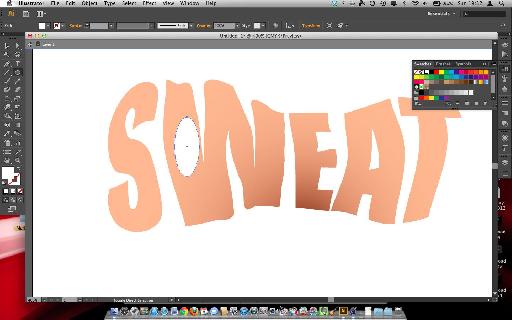 White is the best color to fill this shape with for now.

Step 6 - Mould the Bead into shape.

The Oval is too regular and doesn't look like a bead of liquid running down something. 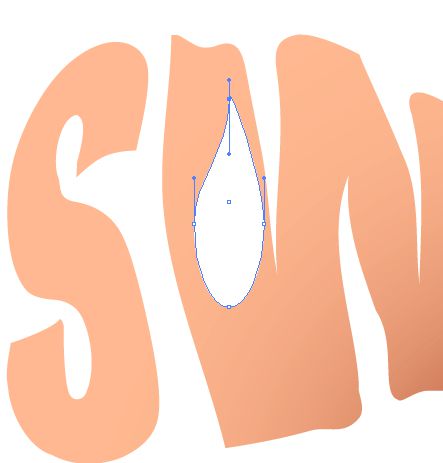 Pick up the Direct Selection tool, and stretch the Anchor Point at the top of the oval upwards, so the oval takes on a droplet shape. You might like to modify the handles and reverse the curves as well, to add to the stretch effect.

Step 7 - Fill with a Gradient

Take the oval and fill it with a gradient. 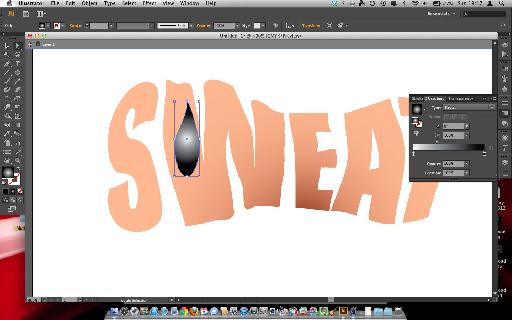 Set the fill type to radial, initially the colors will be White to Black, this is fine for now.

Pick up the Gradient Tool G and use it to elongate the Gradient to better match the shape of the Oval/Droplet you drew. 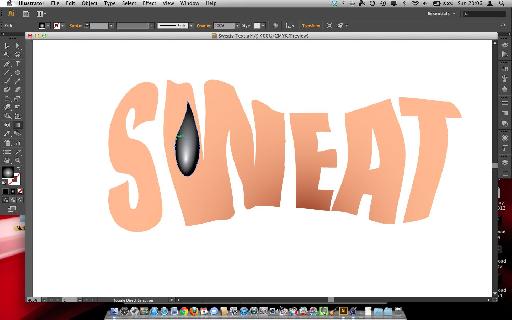 Once the shape is better matched, use the small circle that represents the starting point of the Gradient and drag it towards the bottom, rounder part of the Droplet. This is to create a reflection on the bead that looks more realistic.

The Black to White color is not want we want. We will adjust it. Open the Gradient Panel Command-F9 and set the Black stop to a White stop. 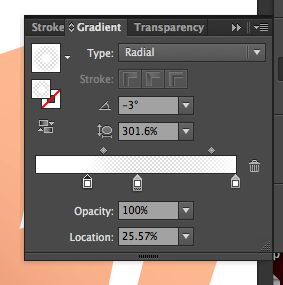 Add a Third Stop (also white) at the mid-point of the Gradient. Set the stops to the following:

This should create a transparent sweat bead, with small highlights.

You're going to need a good number of these, so first add the Bead to the Symbol Library. Name it Sweat Bead. 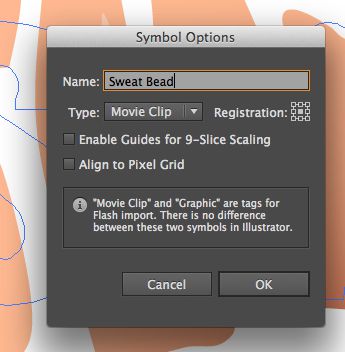 Now add lots of sweat beads to your puffed-out text to finish the look. Try making a few alternate shaped beads, so as not to be repetitive. Change the scale as you go... until your image looks like this.