Interactive PDFs are not a new feature for Adobe, anyone familiar with Adobe Acrobat may have been creating them for some time. Problem was, for InDesign designers, they had to create designs for interactive PDFs in InDesign, then transfer the page to Adobe Acrobat to be turned into an interactive PDF. As well as being a damn nuisance, it might also involve additional costs if the PDF creation has to be outsourced.

Adobe have made life a lot simpler for the beleaguered InDesign user with the release of InDesign CS6 with the addition of Interactive Forms. Brilliant! Let's have a look at how to get a basic one made.

I have a page already created, you should create your own. Then in the space you have created, draw a Text Frame. 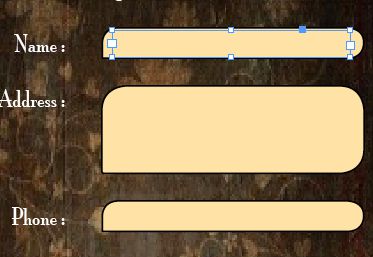 This will be where information can be added.

Select the Text Frame and open the Buttons and Forms Panel (setting the Workspace to Interactive for PDF opens all the relevant panels quickly). 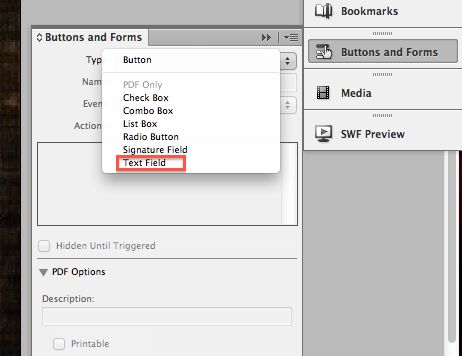 Set the Type menu to 'Text Field' to convert the text frame into a text field. Name the field 'Name'. It's important to name these field sensibly as it will make the job of analyzing Data much easier when forms are submitted.

Add more text frames to the areas your design specifies. For my form I have created one for an Address and one for a Phone Number. 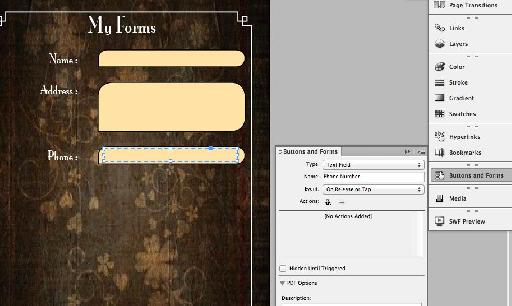 Use the Buttons and Forms panel to turn each text frame into a text field and give each one a name that reflects its purpose on the form.

Step 4 - Type an Option for a Radio Box

The second part of the Form will involve radio boxes. To start the process, add text to the form for the first Radio Box.

Style the text to match the rest of the design Tip: Use a Paragraph style to save you time with this. I have decided to use age groups for this information.

Open the Align panel Window > Object & Layout > Align or press Shift-F7 and use the Align Vertical Centers and Distribute Horizontal Centers options to space the options out evenly.

Select the Rectangle Frame Tool (press F) and draw a small square beside the first Radio Box text. Hold down Option and drag the box over so it is next to the second radio box option. This creates a duplicate. Continue this until all the text options have a square next to them. 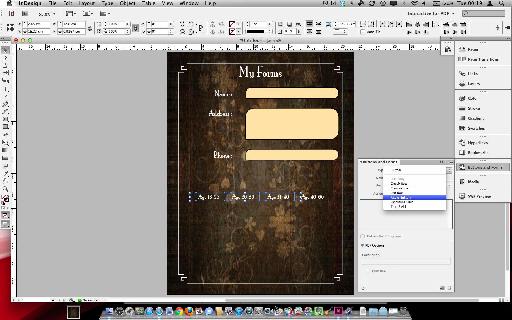 Select all 4 boxes by holding down Command and clicking on each one. Then use the Buttons and Forms panel to change the groups type to Radio Box. Name the group 'Age'. TIP: It's important that the group all have the same name in order for the Radio Buttons to function correctly.

Open the Sample Buttons & Forms panel and choose a suitable button for your page. 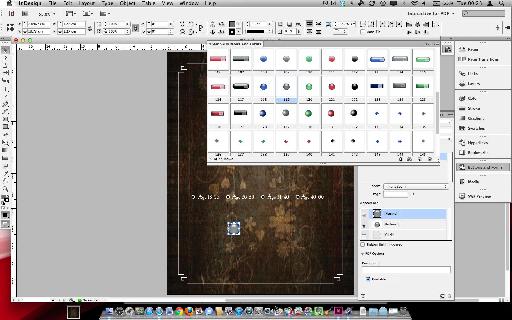 Drag the Button to the page, and add a text frame beside it that says 'Submit'.

Select the Button and using the Buttons & Frames panel change the assigned Action to Submit Form. 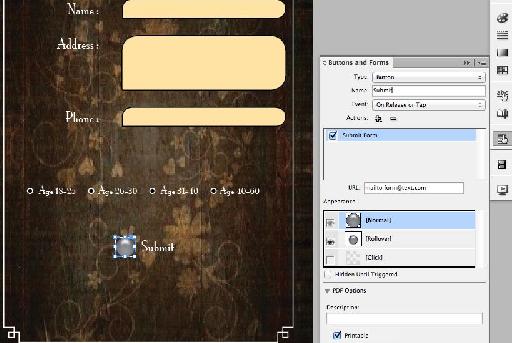 In the URL field add the following text: 'mailto:' followed by your e-mail address. So it reads mailto:your@email.com.

Save the document, then choose File>Export. 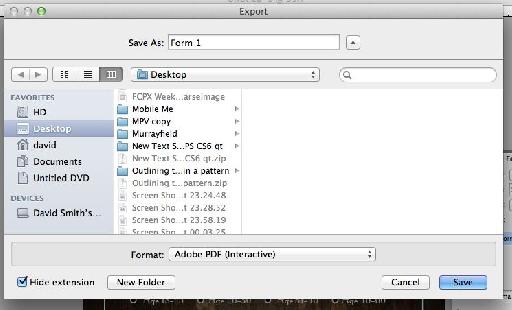 Name the File 'Form 1' and from the Format menu choose Interactive PDF.

Now you should open the PDF in Acrobat or similar and test the form. Pretty easy huh?

Dream It. Do It.
Do you want to learn Putting It All Together?
Yes, I want to learn!
No Thanks, I just want to read the article.
Feedback
How are we doing?
We'd love your thoughts, feedback and questions regarding our new site. All feedback is appreciated!
We do not respond to this form! If you need support, please visit our support page.
Thank you for your input!
Your message has been successfully sent
Course Advisor
Don't Know Where To Start?
Ask A Course Advisor