All Articles Review
Review: Ninja Tune Jamm Pro
Hollin Jones on Mon, March 16th 0 comments
NInja Tune and Coldcut have released what could be the most powerful sample sequencer ever built for iOS. Hollin Jones finds out if it's true'¦

Jamm Pro is a seriously upgraded and expanded version of Ninja Jamm, developed by Ninja Tune in collaboration with electronic music pioneers Coldcut. Running on any iPad with iOS 12 or higher, it’s an incredibly in-depth sequencer and performance tool that might just be the most powerful ever developed for the platform. The stats are mind-boggling: six modulation sequencers, a slice sequencer, a pitch/reverse/drill sequencer and a gate sequencer, and up to 64 patches, allowing for a possible 2304 sequencers per sound set in the app. 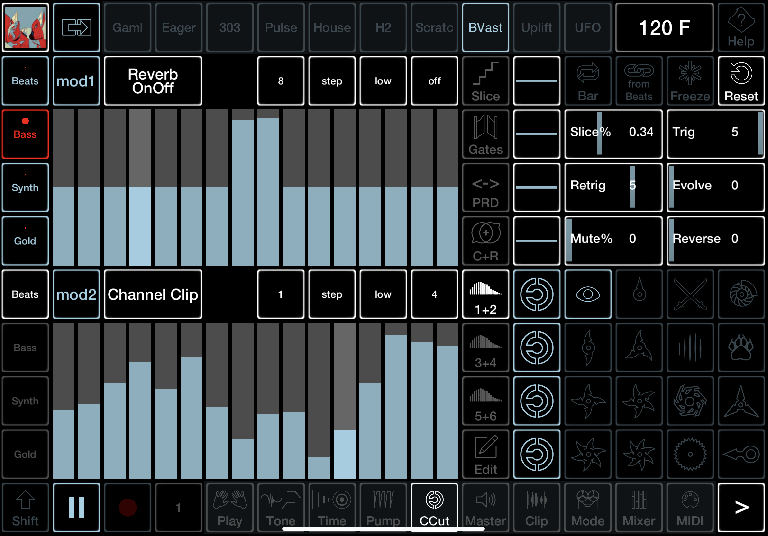 The developers have opted for a pared-down, clinical look and this is the best way to cram so much functionality onto one screen. Not a centimetre is wasted, and wherever possible, buttons and sliders have text labels to help with workflow. Even so, it’s an absolute beast of an application and it’s going to take you a little time to understand how it all works. A contextual Help button is a very welcome addition, adding text overlays onto the screen to explain what the buttons all do. 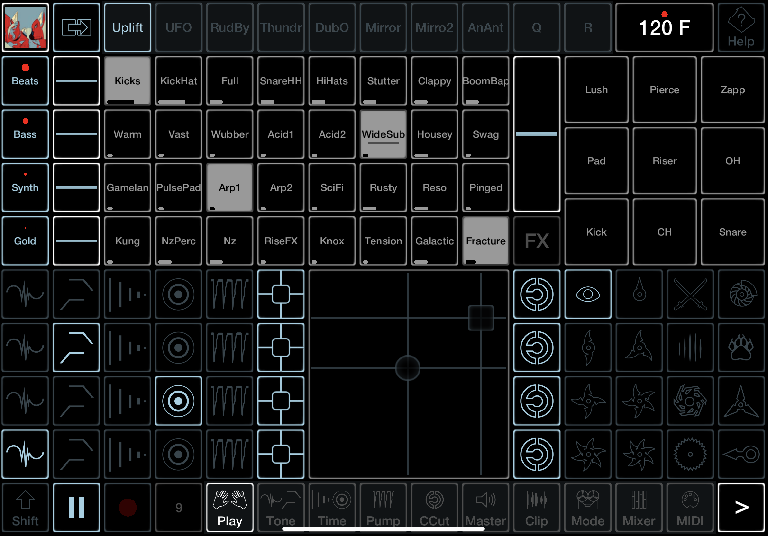 I’d recommend starting with one of the downloadable artist sets, where everything is already set up for you so you can play away and experiment. Along the bottom is a chooser that lets you access the many sections and the first is Play, where you will start from. Clips containing samples are presented in an Ableton-style grid, and different patterns run along the top of the screen. Every sample can be edited, sliced and sequenced, and you can import your own samples via the Files app. Inter-App Audio support also allows you to link other instruments running on your iPad to the app. 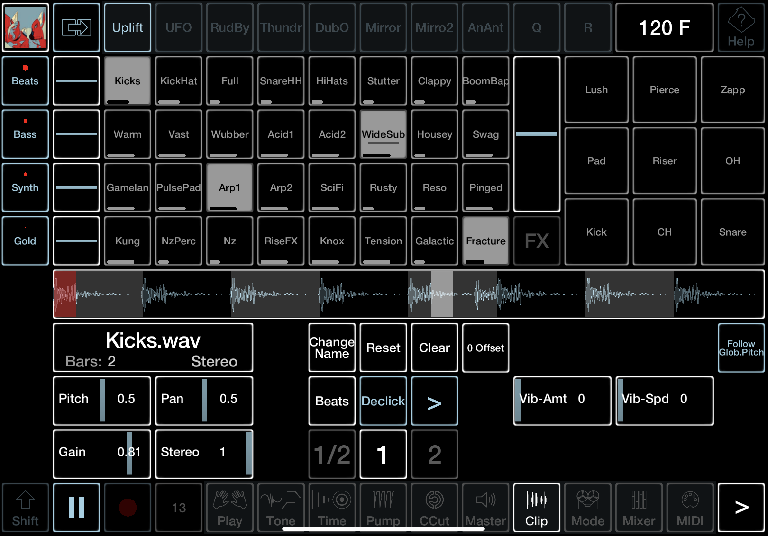 There’s so much to unpack here that I have to just cover the highlights. Every sound and channel can be effected using the X/Y pad and the Coldcutter module which contains a wealth of creative effects for stuttering, spins, filtering and many more. Tied to the modulation matrix for sophisticated beat manipulation, you are able to trigger automatic call and response between channels, algorithmic evolutions of samples and modular synth-like patchable modulation sequencers. 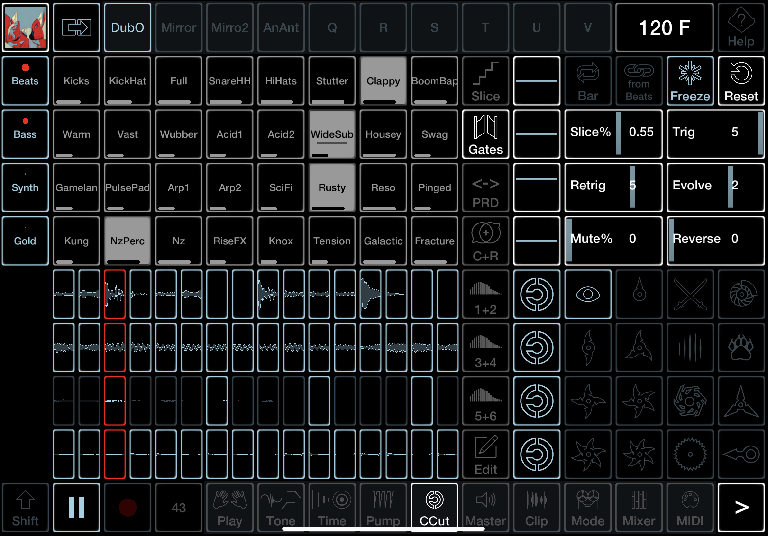 The FX can be triggered and controlled in batches using more than one finger, a slice sequencer lets you quickly rearrange loops and patterns, the app can be used as a loop station, a sub bass module can translate drum samples into kicks and basslines. There’s multitrack recording and of course MIDI input, so connecting an iOS-compatible interface really opens up a whole world of possibilities. 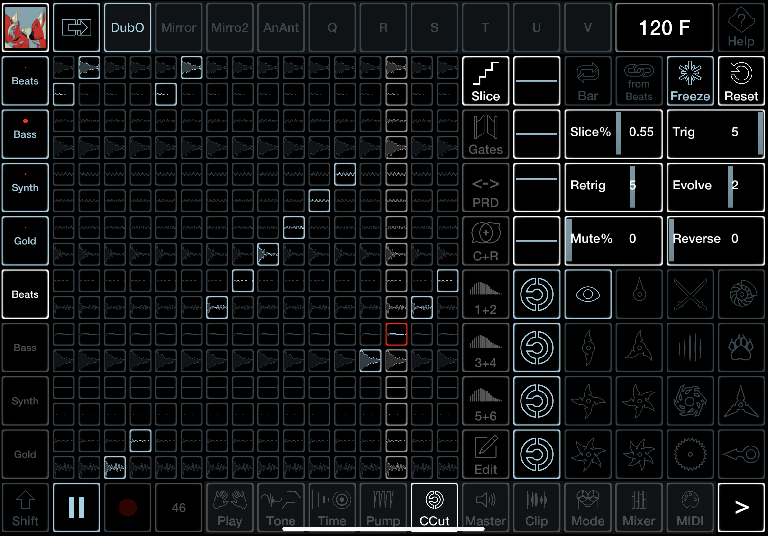 This is a really serious app, but it’s also tremendous fun to use. At its simplest, it’s a great performance tool and instrument, making playing live creative and joyous. Start to dig deeper, and there’s just so much to find. Jamm Pro sets a new bar for what’s possible on iOS, maybe even on a regular computer. Everything can be tweaked, modified, set just how you want it, and it all stays in sync. There is a learning curve for sure as soon as you start to use its many editing features, and you will want to spend some time figuring out what everything does. But for the price, this is a tremendously capable music sequencing, manipulating and performance app.

Pros: Incredible depth of features. Fun and great-sounding to play. Change and edit almost any aspect of any sound and sequence. Sensibly priced. Unique and cool-sounding FX. Excellent bundled content. Use your own samples.

Cons: Any app this capable is going to require some learning to get the most out of it.