All Articles Review
Review: Ninja Jamm
G.W. Childs IV on Sat, May 20th 0 comments
What do you get if you cross loops from established artists with a video game-style music app, and make it free? Ninja Jamm takes no prisoners.

Sometimes you want to make music and sometimes you just want to jam. Recognizing this in the universal musical needs of many, Ninja Tune has released a fun and wonderful sounding app known as Ninja Jamm that doesn’t attempt to be the be all and end in music making. Instead, it takes songs and sound palettes made by some amazing new and established artists and gives you complete control of the locations, riffs and FX that, in turn, allow you to create and jam out something entirely new. All the while giving you this experience in an environment that looks and behaves sort of like a video game. 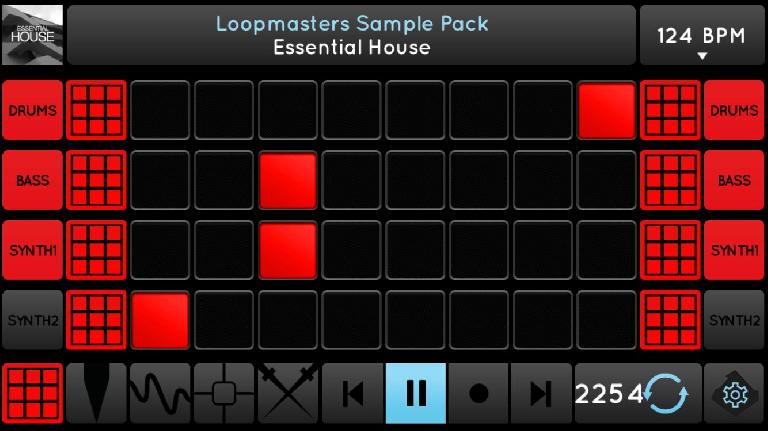 This may sound a little Guitar Hero-ish at a distance. But the functionality and ability of Ninja Jamm is actually much more similar to Novation’s Launchpad in the sense that it is set up for anyone to jump in with a pre-configured session where FX, loop points and riffs have already been dialed in and are ready for you to use. Upon initial launch, a brilliantly devised and executed tutorial walks you through the basic functions as well as some of the more advanced features, when the time is right.

In the dead center of Ninja Jamm are four channels that make up specific sections of the arrangements, each holding 8 different audio clips/loops/riffs that make up the song, or Jamm, as a whole. Where things get interesting is when you enter in to Drill Mode from the Clip mode setting. In this mode you can trigger specific sections of an audio clip, suddenly turning a channel in to an audio instrument of sorts. 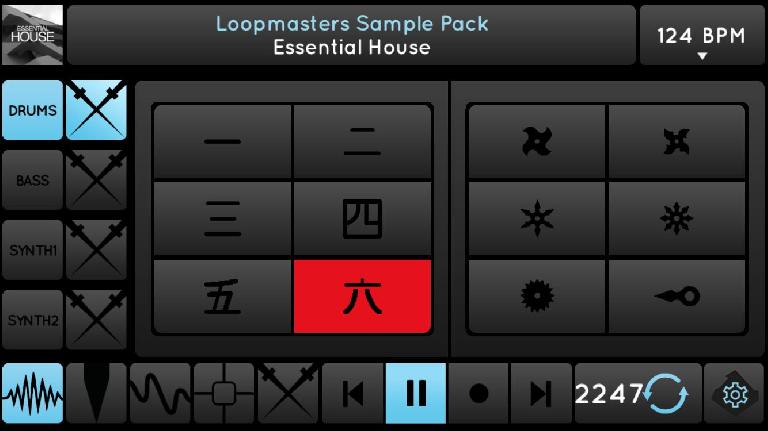 Each track is set up with four return FX that are shared between each of the channels via the Effects Matrix. Within the Effects Matrix you get a bit crusher, a delay, a modulating filter and a reverb, each easily triggered in many different and fun ways, leaving the original arrangement sometimes completely unrecognizable. And this is where I began to really enjoy Ninja Jamm, as when I paired it with Ableton, via Ableton Link, being able to quickly create noise  and rhythm loops placed Ninja Jamm in an entirely different category of music app for me: a noise/ loop generator of the highest order that I could use to really jam with my Ableton projects in realtime. 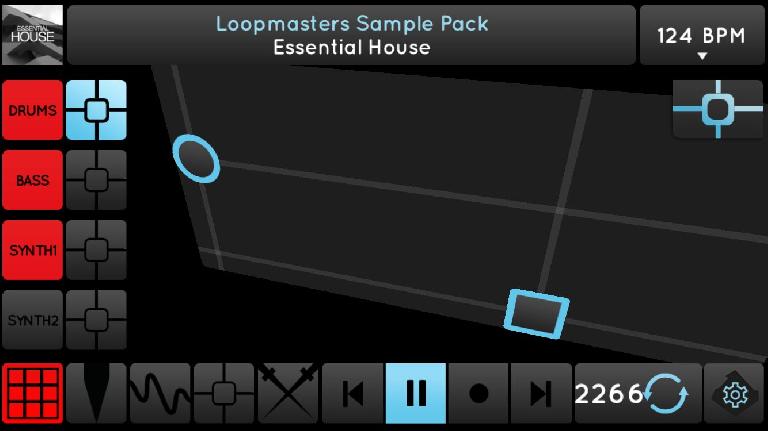 Making jamming additionally fun are the clever graphics, each reminiscent of the namesake of the app. The Stab matrix, a screen for adding DJ sweeps and scratches into your jam has the tip of a sword appearing with the grid. Additionally, the Coldcutter sections has buttons resembling ninja throwing stars, and allows you to cut up your jams with stutters and glitches. Sure, these are just graphics. Even so they definitely struck a chord with my inner child and while they look visually cool, the cutting effects along with the stutter effects make for some healthy fills and breaks that you can drop in when needed, during those Link sessions, or as you jam on a subway.

Ninja Jamm is a fun app that really delivers on what it boasts, a major jam session. It’s not a song writing tool necessarily. Nor is it a drum machine. It’s more like a free form device that’s meant for anyone who wants to sound and feel like a pro. Where it does come in handy for pros is Ableton Link functionality and the quality of the sound design. While you do have to purchase additional content, like many of the DJ style apps there’s enough customization in the free version that you could use one Jamm Pack for a while for background loops, effects and noise with Ableton Link, and no-one would be the wiser. I really hope that Ninja Tune expand on what they’ve built with Jamm. If they ever did make it more of a song writer, adding more sequencing ability within the clips, adding the ability to sample and record clips, I think it could become one of the greats!

Cons: No customer ability to create their own packs, you have to purchase songs or packs to add additional sounds. Limited recording ability.