All Articles Logic Pro
4 Cool Things To Do In Logic Pro X's Alchemy
Matt Vanacoro on Mon, October 14th 0 comments
Alchemy is one of the flagship synths in Apple's Logic Pro X. Here, Matt Vanacoro reveals some of its hidden depths and shows you how to use it at the next level.

Alchemy is considered by many to be an absolute ‘flagship feature’ of Logic Pro X and MainStage. Many users made the plunge into either of those pro audio apps just to try it out. If you’re just getting started with using the audio powerhouse of a synth, here are 5 things you’ll want to try right away to harness the unique sound. 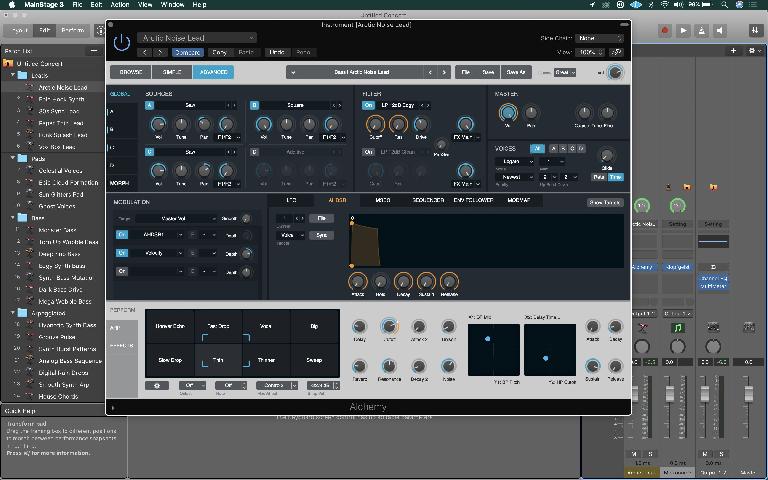 One of the first ways you can get a handle on how the Transform Pad (the 8 boxes with movable cursor in the bottom left of the window) works is to move it around while looking at the synth parameters. To do this, make sure you’re looking at the ‘advanced’ configuration (selectable in the upper left corner of the window) so you can get a top down view of the synth parameters. Move the transform pad around while playing some notes and take note of what parameters that pad manipulates when you move it. It’s a great way to understand the capabilities of the pad and what it can change. 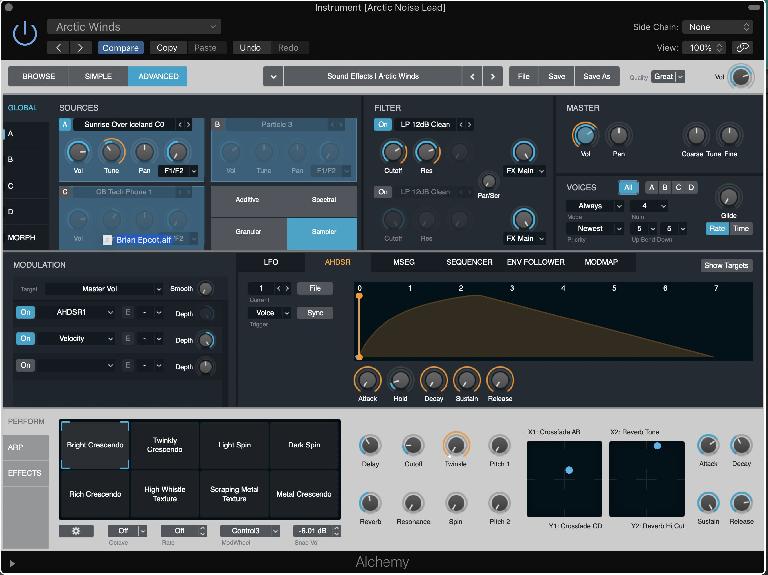 You’ve got 4 sound sources to work with in Alchemy, and a lot of folks don’t know that these sources can be factory choices or user sampled audio! You can simply drag and drop a compatible audio file into the sound source area, and you’ll be able to move around the dragged/dropped audio file and choose an engine type. If you want to utilize your custom audio as a granular source, this is the place to do it! Want to simply have the sample play back and behave a bit more like a standard sampled instrument? No problem. As a bonus, you can even drag and drop EXS sampled instruments that you normal utilize in EXS24 and get them running in Alchemy with all the synth routing madness that ensues. Sweet!

3 - Set Up Your Snapshots 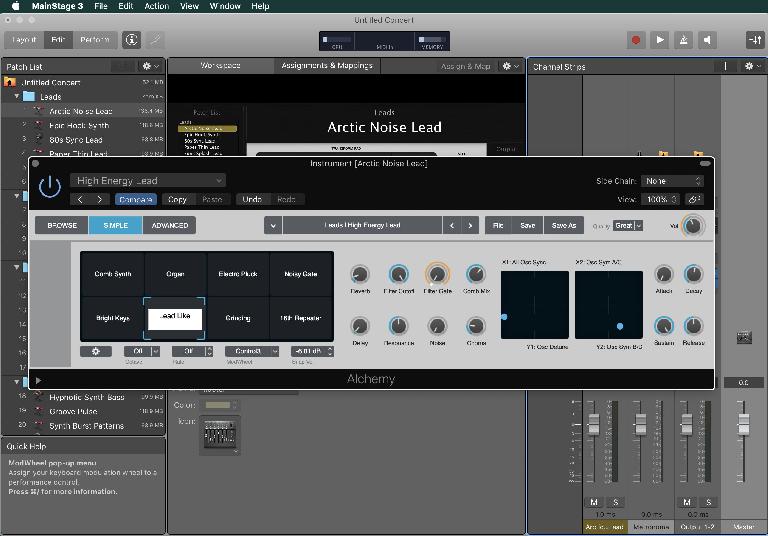 It might help to think of each box in the Transform Pad as a separate ‘mini preset’ or ‘alternate version’ of your currently loaded patch. You can rename any of the boxes (which we’ll now call ‘snapshots’) by right clicking the name of the box. As you move the transform pad selector around within the pad, you can alter just about any parameter in the bottom macro area and the snapshot will ‘remember’ the setting you chose. As you move from one snapshot to the next, the knobs will continually morph between settings for each snapshot. If you’re making changes to the snapshots, you may want to rename them to reflect these changes.

4 - Don’t Do Everything Yourself 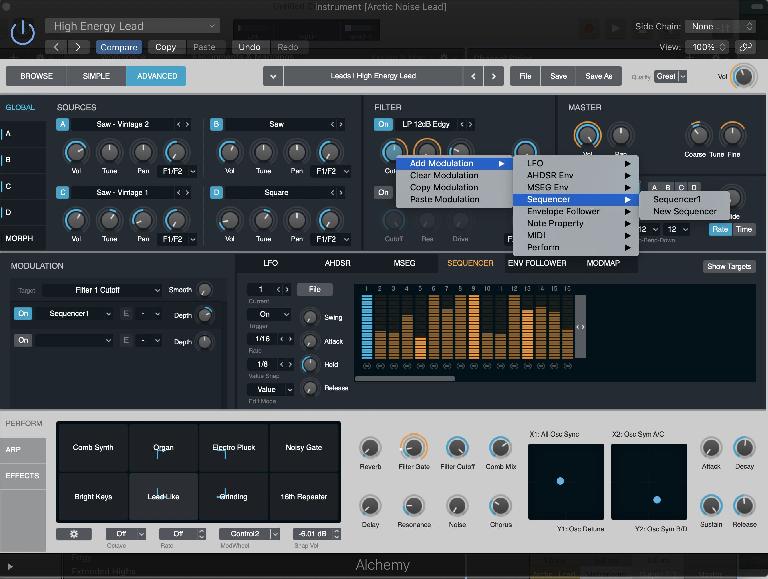 The Transform Pad is incredibly unique, fun, and let’s be honest… sexy! (Yes, I said it!) Don’t feel that modulating manually is your only option, though. There are a whole host of other ways you can manipulate settings in Alchemy. Try right clicking on a screen control like cutoff or the volume of a sound source. You’ll be able to assign that control to a variety of modulations sources. In the example above, I quickly assigned the cutoff of the filter to modulate with the output of the built in sequencer. I then adjusted the depth of the modulation to a positive value, and could instantly hear the effect. You can route a lot of data to a lot of different places, and it’s most definitely worth a look!

This Is Just the Beginning

Alchemy has only grown in power and connectivity since it was integrated into MainStage and Logic Pro X. The synth has transformed from a cool instrument to an entire sound design environment and I couldn’t be more excited for where Apple takes it from here!