All Articles Logic Pro
Creative Beat Making: Adding some 'Bounce' to your Hi-Hats in Logic
Gary Hiebner on Sun, February 20th 9 comments
Language
Your hi-hat patterns can make or break a beat. Well-constructed hat patterns can make a stale beat groove. It can take a stagnant beat and turn it into a groove monster. I have found by adding modulat

Your hi-hat patterns can make or break a beat. Well-constructed hat patterns can make a stale beat groove. It can take a stagnant beat and turn it into a groove monster. I have found by adding modulation and delay effects, you can really get those hat patterns bouncing all over the stereo field. This tutorial will show you how to liven up your hats in Logic using its built-in effects.

Step 1 - Creating a Pattern in Logic

In Logic, create an Instrument, and insert an instance of Ultrabeat. I have stuck with the default Ultrabeat drum kit.

Now grab the pen tool and draw a region on the arrange page for us to edit the MIDI. Make the region 2 bars. Now Double click this region to open it in the Piano Roll (Drum Editor) window.

Create a simple hats pattern like the one I have done below. 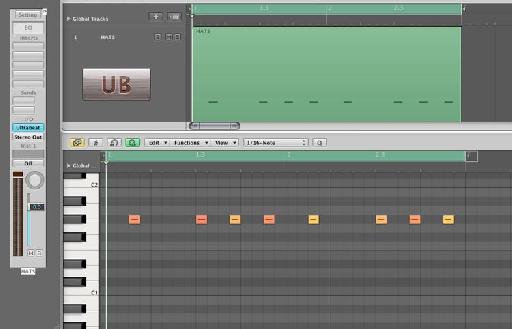 The Hats pattern may seem a bit flat, but here is where the fun starts. On one of the inserts add Logic's Tape Delay plug-in, and dial in the settings below. Increase the Wet control to taste depending on your hat pattern. 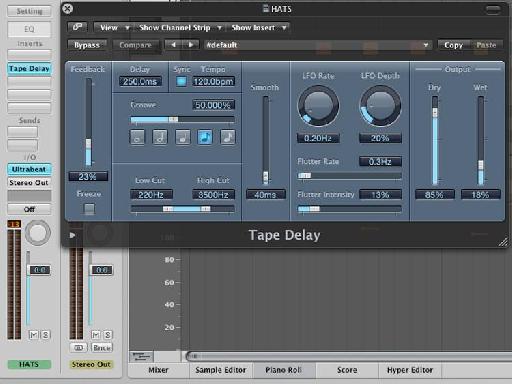 Now to make the hats move between the left and right speakers more, add in a Stereo Delay and dial in the following settings: 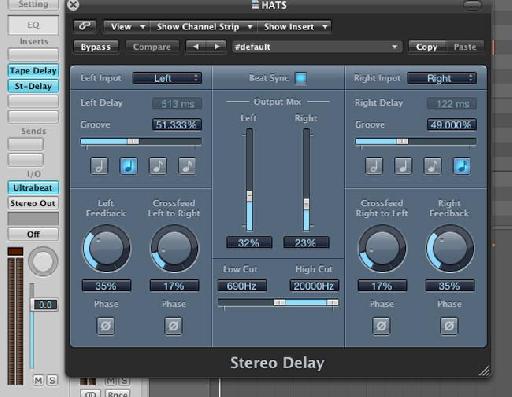 We have focused the delay frequencies between 220Hz and 3500Hz as this range felt the best for the hat sound. We have also added some slight LFO Rate and Depth modulation. This adds slight variation to the hats sound as the delayed sound degenerates.

We have cross-fed some of the left channel into the right channel, and visa versa. This gels the left and right delays together and makes the hats feel like they are in a real space.

We have low cut so that only the high frequencies are been moved around the stereo field. Like with the Tape Delay, adjust the Left and Right Mix controls to taste. You will really notice the hats moving around the Stereo Field now.

Just to spice it up a bit more I have added a sprinkle of Chorus to modulate the hats more. But you can go wild and see what suits your hats in the particular track. We have made the intensity quite high which changes the sound of the hats quite a bit. Sometimes less is more, but here we found that more was better! 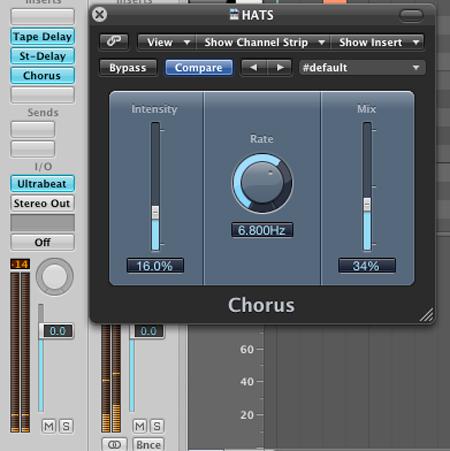 Audio Example of Hats with Chorus:

We have added a simple kick and snare pattern now, so you can hear the hat pattern in the context of a loop.

First, here are the hats with the beat dry:

And here are the "effected" hats with the beat:

So now go out and get those hats bouncing all over the place. Just not near any fragile objects!

Drop us a comment below and make sure to check out these Logic tutorials to learn more production tips and tricks.

Gary Hiebner
Gary Hiebner is an enthusiastic South African Sound Designer and Apple Tech Head! Gary has been involved in the South African music industry for the decade, and in this time has also been involved in the sound design and music production for many advertising agencies and media houses. Gary is a devoted Logic and Ableton user, but he also dabbles in Cubase, FL Studio, Studio One and esoteric sound design tools, such as Max/MSP and CSound.
Related Videos
Comments (9)