All Articles Logic Pro
Building an Epic Crash Effect in Logic
Mo Volans on Sat, March 19th 2 comments
Language
From electronica to rock, pop to orchestral, crashes are used to add impact or signal a transition. Mo Volans shows how to transform a simple crash into something much bigger in Logic Pro.

Let's face it the crash is an important part of constructing projects in most musical styles. It adds impact, signals a transition and punctuates just about any musical element. Sometimes you'll need a bog standard acoustic crash sample but occasionally you might need something a little... Bigger.

After years of creating electronic music I've learned that you often need to use layered crash sounds to produce something that does the job. Here we'll take a look at one way you can go about it in Logic, though you can use any DAW...

There is no real magic to creating sounds that are larger than life, it's usually just a case of combining different elements. This in turn can produce sounds that are greater than the sum of their parts. Ultimately layering is your best friend and this construction process has to start with a good foundation.

For this article I have chosen a pretty standard crash sample. This will be the basis for our crash sound and act as the anchor for everything else we introduce along the way.

Just for the record, I like to use samples from productions or other projects, as opposed to dry acoustic drum recordings. I find these usually have more character than straight drum hits and can get you off to a good start with little to no processing.

The basic crash is in place

The basic crash plays back:

With our basic crash sample in place we can start to add some layers. First up I usually like to add some noise based effects. This sort of sound can be produced in a few ways with samples and synthesis being among my favorites.

In this case I have introduced a noise based effect sample into our mix. This generally gives our sounds a more epic feel but be careful to mix them so that our original crash can still be heard clearly.

A noise based backdrop is added

Here are the two sounds mixed:

Our crash is already pretty wide but if you feel your concoction needs even more impact in this area there are a few things you can do. One of these methods is to use another sound and add some pan automation to it.

This will create a feeling of movement in the stereo field and give an extra sense of dimension. 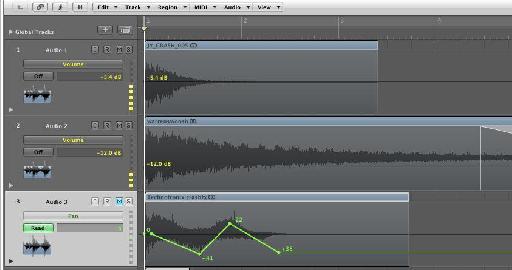 A new sound is added along with some pan automation

The new mix with pan effects in place:

Finally to put the finishing touches to our crash we can use some spatial effects to add even more space and smooth over any transitions between sounds in the mix. I find a nice mix of reverb and delay works pretty well.

Try using different effects on each sound to build up the contrast between them. I find that delay works well on noise based effects as these are less percussive. Try using a reverb with a long decay on the more abrupt sounds such as the crashes.

If you find the overall sound lacks initial impact after the whole process is complete, you can try adding some extra percussion at the very start. Splash cymbals or other short, decay based percussion should work nicely. 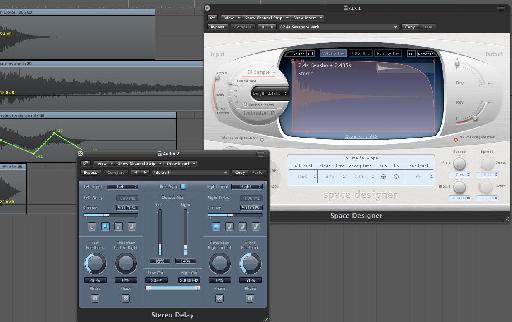 The final percussion and effects are added

The final sound is mixed: