In Logic Pro 8, Apple first introduced a feature they named Scene Markers. The concept was simple: let Logic detect cuts in the movie and create markers for them, as many times film composers want their hit points to correspond to a film event that happens right on a cut. It is quite simple to do in Logic Pro 8 by going under the Options menu and navigating to Movie > Create Scene Markers. There are several options, as you can see in Pic 1. 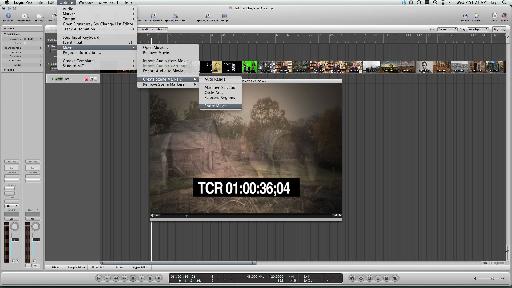 For my purposes, instead of choosing Entire Movie I chose a cycled area as my determinant. In Pic 2, you can see the Scene Markers Logic Pro 8 created. However, they are locked to SMPTE position and there is no way to unlock them, which means that they are not editable.

So why is this a problem you may ask? Most of us, long time film/TV composers were taught early on that although light travels so much faster than sound, (the speed of light goes 299,792,458 meters per second while the speed of sound goes 343.2 meters per second) our brain actually registers a sound more quickly. So if at a timecode position of 01:23:10:14, we see a guy punch another in the jaw and we try to add our musical punch at exactly the same time position by referring to the Scene Marker that was created as it happened on a cut, consciously or subconsciously, the viewer will feel the sound to be arriving early. It is simply how our brains work, probably as part of our innate fight/flight response so that our ancestors could hear a beastie coming before he was upon them and therefore flee in order not to be lunch.

As a consequence, we film/TV composer types were taught to plot our hit points three to six frames after the event we wished to highlight musically and in my experience in working with some of them, older directors and producers probably still prefer closer to six frames late. However, MTV videos, which featured a lot of very hard cuts, trained younger viewers to track these more quickly, so two to four frames early might be more normal to them. Either way, for these Scene Markers to be truly useful, we need to be able to move them.

Shortly after the release of Logic Pro 8, I had the chance to talk at length to a person high up the food chain in the Logic Pro development team and while I congratulated him on Logic Pro 8, I pointed out why the Scene Markers were not useful to me. His response was, 'Wow, I did not know that', which was not surprising since no one on the development team at that time actually makes a substantial part of their income putting music to picture.

You can imagine how gratified I was that in a subsequent update to Logic Pro 8, and now Logic Pro 9, there was the added option of Convert to Standard Marker that is seen in the image below. Not that I am taking credit for it (OK, well I guess I sort of am, aren't I?)

In the Marker List in the Lists area of the Browser, it is now simply a matter of pressingCommand-A to select all the Scene Markers and navigating to Options > Convert to Standard Marker. 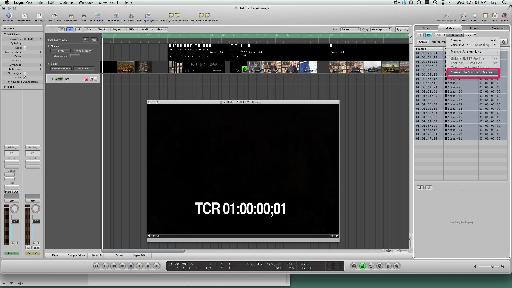 The end result, as seen in Pic 4 is that the markers are no longer locked to SMPTE position and can be delayed by whatever amount of frames feels right to the composer or music editor. 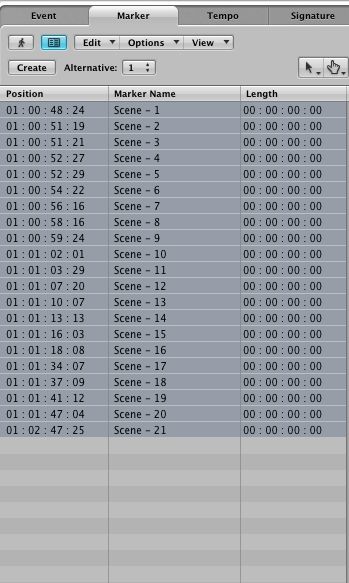 Pic 4: The markers are no longer locked to SMPTE.

I now begin the process of naming the new markers, moving their positions by the desired numbers of frames, and coloring the markers. See Pic 5. 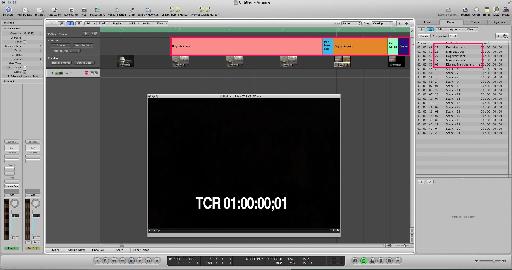 Upon completion of this, I will be set up well to composing my cue with a guide to at least some of the timecode positions I will want to create musical events to 'hit' with the picture.

NOTE: Of course, there typically will be picture events that you want to highlight musically that do not occur on cuts. For this you can simply use a key command for Create Marker Without Rounding and create more Standard Markers. Here in Pic 6, you can see it in the key commands. 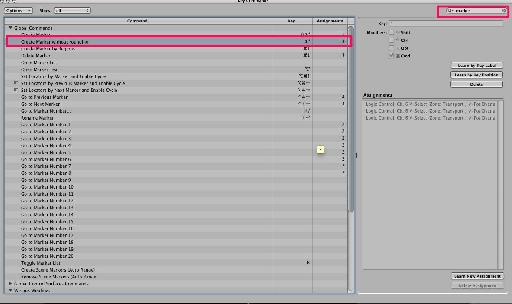