All Articles Logic Pro
Creating BT Inspired Glitch Edits - Part 3
Rounik Sethi on Wed, December 8th 0 comments
Language
Every Digital Musician has their own secret techniques. It could be an instrument setting, editing technique, routing or plug-in that helps define their sound or inspire their creative process. These

Every Digital Musician has their own secret techniques. It could be an instrument setting, editing technique, routing or plug-in that helps define their sound or inspire their creative process. These secrets are often, well... secret! In this case, I'm going to share 3 of my favorite secret plug-ins with you!

In Part 2 of this Glitch series I promised that we'd take a look at some 3rd party effects plug-ins that can save on the manual, labor intensive programming required in Logic to create glitch effects. These plug-ins are free and can be used with virtually any DAW. So, Cubase, Ableton and Logic users can all enjoy these one's.

Another great feature is that they often employ a randomness to the glitch process. This can lead to unpredictable resulting sounds, which may or may not be what you are initially after, but can make for some impressive results. So armed with these three effects there's every reason to add a bit of glitch to any track.

I'd highly recommend checking out Part 1 and Part 2 of this series here if you haven't already done so.

The first of the free plug-ins we'll look at is my least used. That doesn't make it any less effective though! You can download Fire in VST and AU formats by MDSP@Smartelectronix here.

After downloading the plug-in to your Mac/PC you'll need to install it as per your DAW's instructions. For Logic users on the Mac drag or copy the .component file to the following location (where the "~" sign represents you Home Folder):
~/Library/Audio/Plug-Ins/Components/

Repeat this process for the following plug-ins: Livecut, also by Mdsp @ Smartelectronix and Buffer Override by destroyfx which we'll be exploring later on in this tutorial.

If you placed the plug-ins in the correct location once you launch your DAW the effects should be available to use.

Note: You can donate via PayPal to the developers of these free plug-ins by visiting their pages above.

You can use any sound you like to process and sometimes it's more fun to use drum beats or melodies. However, I've decided on using a Sculpture preset in Logic 9: 05 Modeled Percussion > Skin Drum 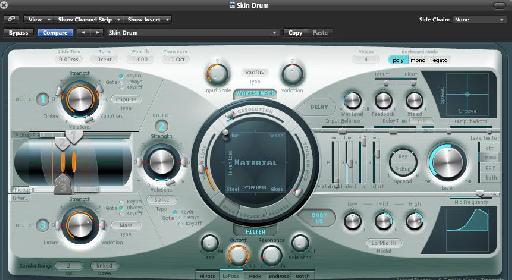 We'll use the same sound throughout this tutorial so we can compare the way the plug-ins effect the sound more accurately.  I've also created a very simply 2 bar pattern on the Sculpture Software Instrument track which I've looped in Logic's Arrange area.

Fire is an interesting take on a multi-tap delay with morphing features. 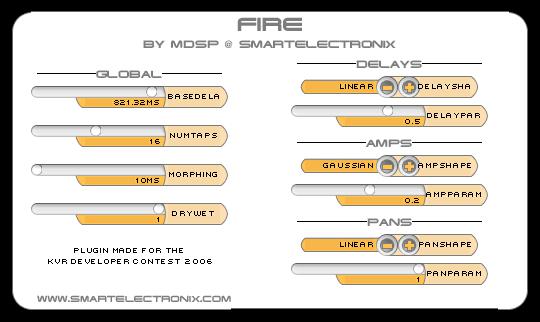 There are literally a hundred and one ways you could use Fire to create interesting sounds in a similar way to Logic's Delay Designer. However, I find this plug-in much quicker to program, and much quirkier to use.

For this example, I've increased the Base Delay to about 820, reduced the number of taps (Numtaps) to 16, set the Morphing to 10ms and made the effect 100% wet. 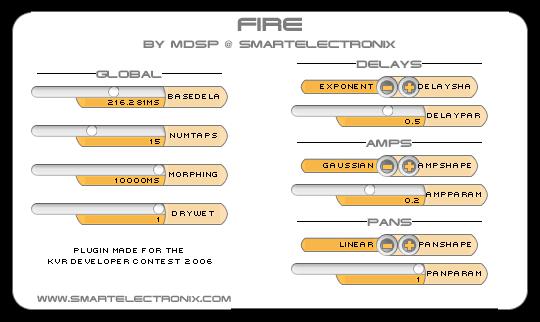 Changing the Delays, Amps and Pans settings can seriously alter your sounds! Use Fire in conjunction with other delays to get some really far-out warped effects!

Livecut was designed as an easy way to automatically create break beat patterns. It basically cuts up or slices unequal chunks of the audio signal and repeats them to form an overall glitched -up pattern or phrase.

There are three types of algorithm offered in Livecut: CutProch11, Warpcut and SqPusher. Each of these have their own adjustable settings in the center column. 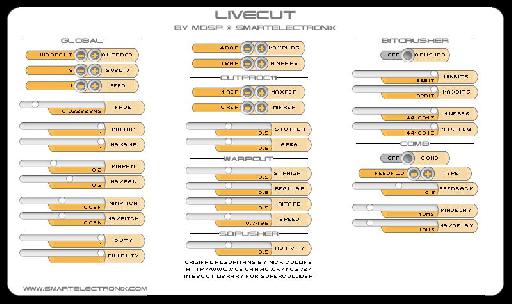 Using Warpcut & with all other settings at default this is an example of how Livecut processes our original sound:

I love this glitch plug-in. Like Livecut, it's real-time randomness can mean you need to wait and record it's process for a while before finding that perfect glitch/stutter effect.

Buffer Override works by reducing the audio buffer size and can create stutter effects, zoned out laser sounds, weirdly pitched sounds, etc. The attention to detail in the interface is very useful. Place your mouse cursor over a button, slider or graphic and it's function is displayed in the bottom of the plug-in's interface. I wish more plug-in's in Logic worked this way.

Buffer Override comes with built-in presets, so this really reduces the learning curve somewhat too.  So much more is possible than I'm able to demo in this feature length tutorial and playing around with the various settings can be incredibly rewarding. Here's a brief overview of one way to program Buffer Override to create a stutter effect. 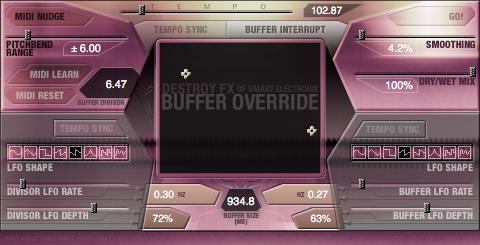 Here are a few examples of the kind of effects that can be produced by simply altering the Buffer Divisor and Size.

The above examples are just scratching the surface. It's even possible to set different waveforms for two LFO's (low frequency oscillators) that modulate the Buffer Size and Divisors respectively.

I often use one of the Livecut, Fire and Buffer Override on drum parts, either directly on the channel strip or by sending to an Aux channel. That's an easy way to apply a small amount of glitch to certain elements. It becomes even more interesting for completely glitched out effects to insert all three plug-ins onto the sound's channel and see what kind of weird and interesting sounds can be produced.

Here's just one example of an Apple Loop (Electronic Club Dance Beat 17) first, dry, then with Fire only, then LiveCut only, Buffer Override only and finally all three together for fun!

It sounds different every time and changing the settings in each plug-in can produce subtle or dramatic changes.

Remember to save your settings from the plugin's Setting Menu... and enjoy experimenting with these great free plug-ins! Any comments or experience with other free glitch plug-ins? Drop a comment below!

There are a lot of great sound design and specific DAW featured tutorials available here. Check them out!