The Drum Designer plug-in in Logic Pro X is a major step up from the drum offerings in previous versions. The flexibility in routing finally allows the built-in Logic drum sounds to hang with the '˜big-boys' of third-party plug-ins. Here's how to get the most out of Drum Kit Designer.

Step 1: Use a Producer Kit 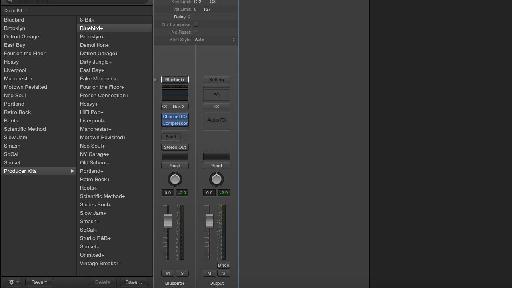 The producer kits are in a separate submenu and they all have a '+' to the right of the kit name.

With the addition of Track Stacks to Logic Pro X, multi-output virtual instruments have become commonplace and far easier to use. Drum Kit Designer takes advantage of this with the '˜producer kits' presets. Basically, a Producer Kit is a preset which uses Logic's Drum Kit Designer plug-in and routes the outputs to a separate track for each element of the drums. You now have the ability to control, process and mix each kit piece independently as a track just as if you recorded a real drum set. 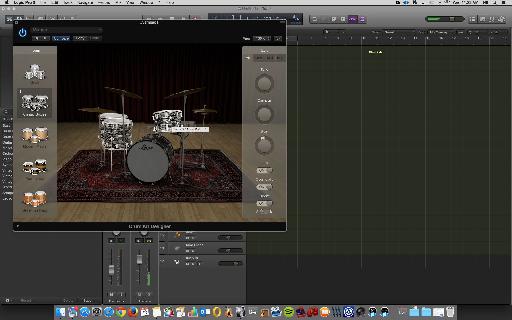 Adjust Drums'"The drum kit designer plug-in is very uncluttered but has a lot of options hidden away when you select a specific drum.

Setting up the drum kit itself is important before you ever touch an EQ knob. Open up the plug-in window (in a producer kit, it's usually located in the '˜overheads' track) and tweak the drum set until it is close to the sound you're looking for. I often will tune the drums to match my in-studio kit and spread the pitch of the toms out a bit. You'd be surprised how close to your '˜sound' you can come without even having to hit the EQ stage! 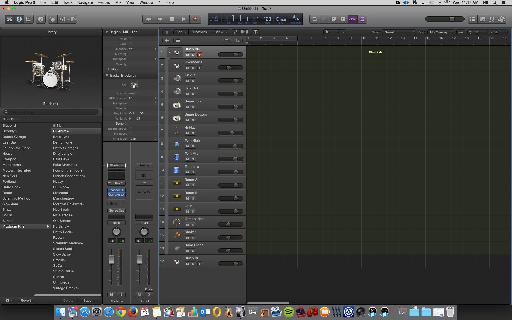 Open up the track stack to gain access to the individual elements.

After you've chosen a producer kit, click on the little triangle to the left of the track name to open up the track stack. You now have the ability to work with each element of the drum kit as a separate track. You can adjust the mix, pan things differently, compare volumes using the meters and more. 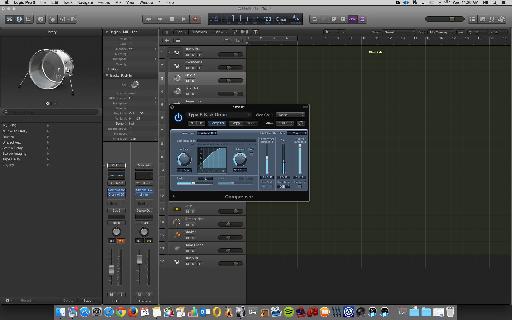 Compression chain'"Use your go-to drum mixing plug-ins and treat the individual tracks as if they were real drums.

Now that you have all of your virtual drums on a separate track, why not treat them as you would an acoustically recorded drum set? I typically apply some compression to the kick drum, (you can use the built-in Logic compressor or any of your favorite third-party plug-ins) and tweak the EQ a bit depending on the project. Run all of the tracks through your typical process and you'll start to hear those drums really punch through your monitors. 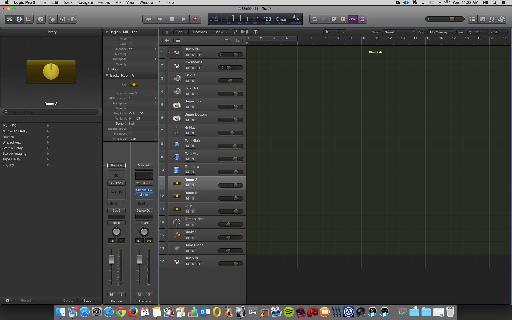 Use the room mics.

There are separate tracks available for room mics as well as leakage (if you have leakage enabled in the plug-in itself). You can adjust how much of the room mics you want to hear as well as how much leakage. If you're looking for a tighter or more isolated sound, it's as easy as adjusting a few faders.

Being able to mix your virtual drums in the same way you'd mix an acoustic kit is a great way to bring a lot more realism to your tracks. Drum Kit Designer and track stacks put that power in our hands, and now it's up to you to use it!