All Articles Logic Pro
Easy Keyboard Splits in Logic Pro X
Darren Burgos on Mon, June 30th 1 comments
Language
Have you ever wanted to play 2 or more instruments in Logic Pro X on different octaves of your MIDI controller keyboard? If you haven't tried this, you should! And Darren Burgos shows you how.

If you're a keyboard player, 'splitting' your controller so different sounds play across the keys can be great fun. And if you're not a player, think about the possibilities here; several different instruments can be laid out across your controller that can all be sequenced in one Piano Roll window [bell sound goes off]. Prior to Logic Pro X, these were a pain to set up and recall, but no longer! In this tip I'll show you how to accomplish this easily with Logic's Track Parameters window and Track Stacks!

To keep things simple, I'm going to create a single split with a bass on the left and a lead on the right. if you're following along, create two software instrument tracks and choose different sounds for each. I chose a bass sound from Waldorf Largo, and a lead from Logic's Retro Synth. 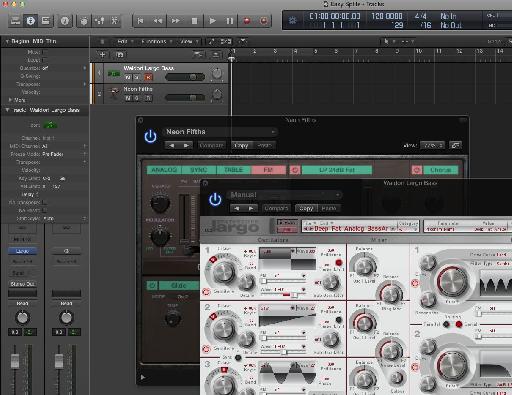 Press the I button on your Mac's keyboard to open Logic's Inspector window. You'll notice two windows (by default) that are at the top. The second one down is called 'Track Parameters,' if it's not visible, click the right-pointing triangle to disclose the parameters within it. Set the octave your bass sound will play on by adjusting the Track Parameter's Transpose value. When playing bass sounds, I normally leave my controller at its default setting of C0 on the bottom left key'¦ that usually enables a deep enough bass depending on the preset. If the bass sound needs to be adjusted up or down an octave, you can do this easily by changing Track Parameters Transpose function. 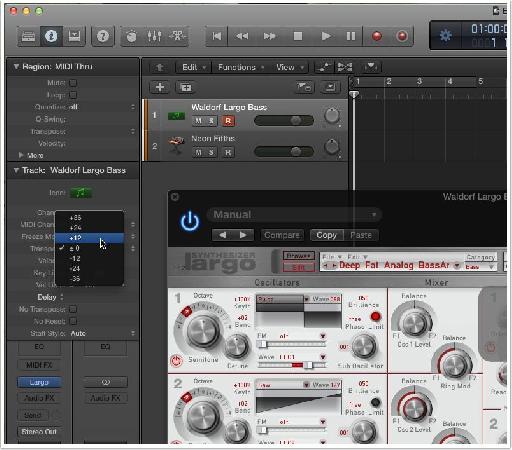 If you're not already selected on your Bass instrument, do so now. On its Track Parameters window, change the upper Key Limit value to B2. This will cut off any notes above that, limiting the bass to C-2 through B2 keys. Now click on your top sound and set its lower value to C3. 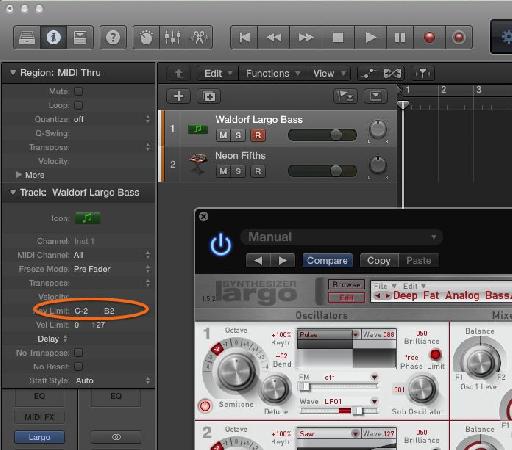 Playing Instruments as One

Once you've set the split ranges on both of your sounds, it's time to get them working together as one playable instrument. Shift-click the two (or more) instruments you chose from Logic's  Track Menu and choose 'Create Track Stack,' then pick the 'summing' option on the window that appears. This allows you to play all the chosen instruments together as one. 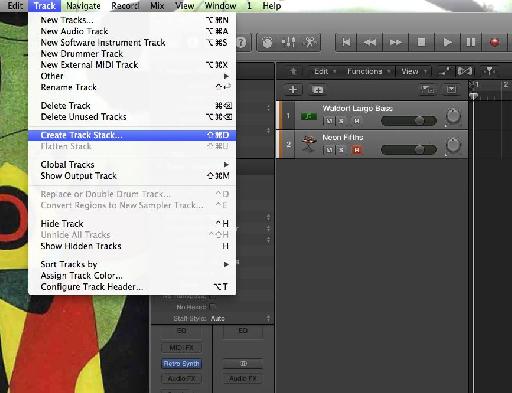 Save Split to the Library

Now let's save this split stack into the library as a Patch so it can be recalled easily later. I've actually created a separate folder for my Split Patches (along with many other categories) to make it easier to differentiate them. This is a highly recommended thing to do! First make sure the top of the stack itself is selected and not the instruments within, and click the Y button on your keyboard to open the Library. Click the Save button on the bottom of the Library to name the Patch, and either save to the default location, choose an existing one, or create a new folder location. I'll be placing mine into my 'Splits' folder. Once saved, you can now easily recall this stack any time and from any project via the User Patches menu in the Library. 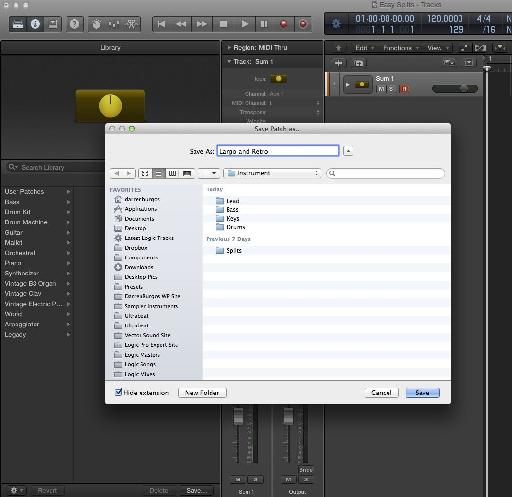 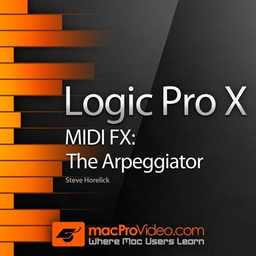