All Articles Logic Pro
How to Create Future Bass SuperSaw Chord Sounds in Logic
Gary Hiebner on Mon, October 16th 0 comments
Logic's ES2 is a powerful and adaptable synth. In this tutorial, Gary Hiebner shows you how to use it to make a cool sounding future bass supersaw chord patch.

One of the most characteristic sounds in Future Bass are the SuperSaw chord synth sounds used in the genre. And these can be achieved quite easily in Logic. In this article I’ll show you how you can design these sounds in Logic with its ES2 instrument, and then how you can build extended chords and sidechain compression to create this unique sound.

To start off, create an instrument track and add an instance of the ES2. You want to start off with a blank instance. So in the presets choose the Analog Saw Init under the Tutorial Settings folder. This gives you one OSC set to a Saw waveform. 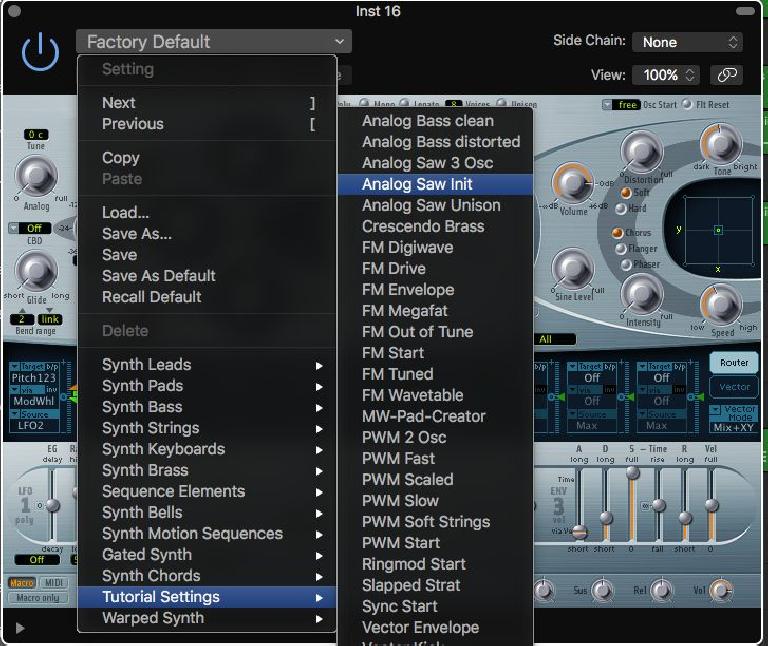 Now to create a SuperSaw sound, you need to use Multiple Saw sounds together in the synth. Enable the other two Oscillators. On the 3rd Osc choose a saw waveform, and on the 2nd Osc choose the Sync Saw for a bit of variance with the waveforms.

Then to strengthen that saw sound, detune the oscillators slightly. Leave Osc 1 as is. Then on the 2nd Osc detune by -12c, and on the 3rd Osc tune up 4c. And also make sure that its set to 16 voices to get the most voicings out of the synth sound. Play a chord and hear now how this has created a sort of unison effect, but playing multiple voices which are slightly detuned from each other. 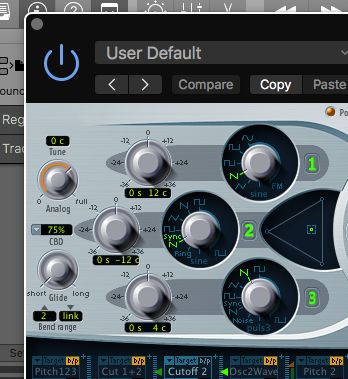 To add some further detail to the sound I like to increase the Sine level to add some extra bass. Also add some chorus modulation to enhance the detuned sound then tweak the Cutoff filters. I’ve set the first Cutoff at about 0.720, and Cutoff 2 at 0.940. On the effects, add some Chorus and dial up the Speed. 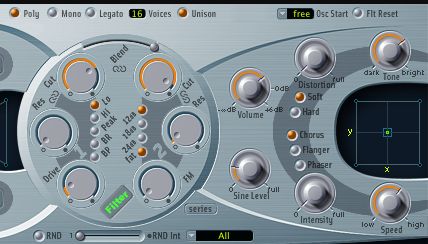 How about increasing the analog dial? Set this to about 0.4. This adds in some subtle random detuning, which is characteristic of the sounds of vintage synths so each time you play a chord, there’s the slight tuning and detuning of the tones.

To get the most out of the SuperSaw in this style, what works is to use extended chord shapes. A simple 3 note triad is simply not going to cut it. Rather extend out and use more notes in your chords. For example, I have used an F chord shape with the following notes: 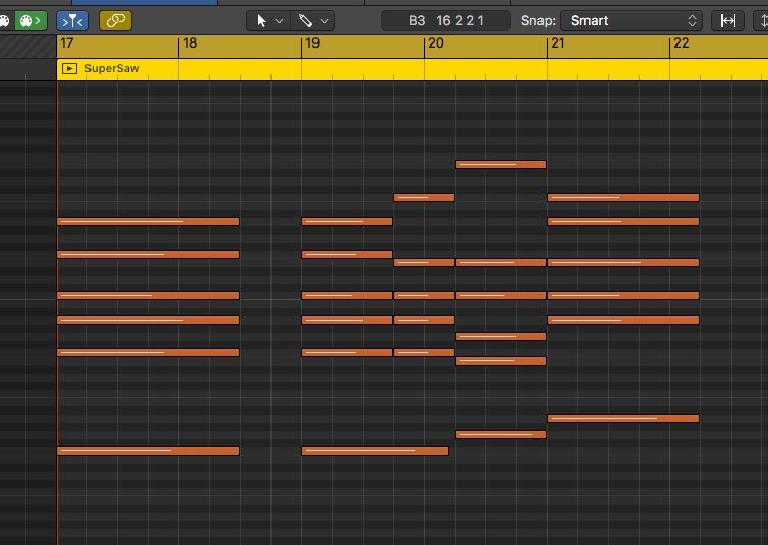 Adding notes to a chord also works, like 7th, 9th and even 11th chord tones. So try these out as well. I went back to my chord progression and took my F chord, and changed it to a FMaj7 just for some extra flavor in the chord progression. Try out different extended chords like this and make sure to use quite long note lengths with chords, as this will really help us get into the next step which is the sidechain compression.

To get that pumping chord sound so characteristic in the style you need to employ some sidechain compression. You can either sidechain the chords to the Kick or Bass. I’m going to use the Kick. On the Kick track create a Bus, and increase it to its max volume. This will create an Aux track in my mixer assigned to that Bus channel.

Now in the mixer to navigate to that Aux channel and set the Output to No output. So the Kick signal is getting sent to this track, but not going out though the main output

Then on the ES2 SuperSaw add a compressor. On this compressor set the Sidechain to the Bus channel. Now for the Compressor Settings. What I found worked were the following settings:

And disabled the Auto Gain, and Auto release. I like to have control of these settings. 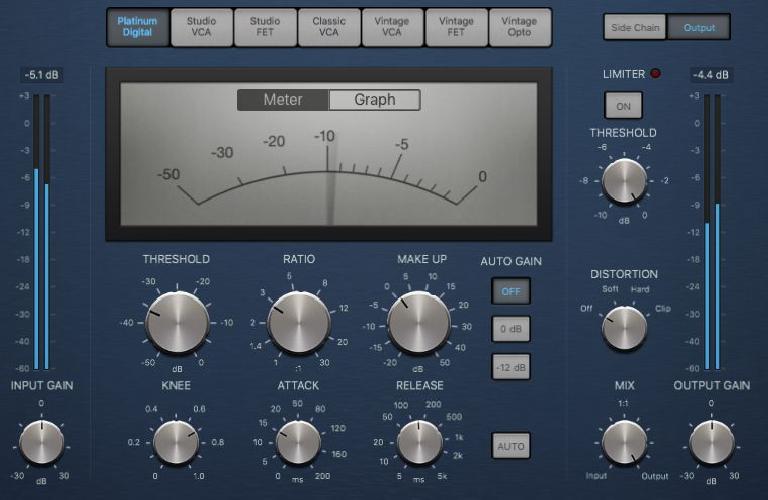 These settings may differ on your side depending on what type of kick or bass sound you’re using, so tweak if necessary. Now when you play back you’ll hear how those big chords get dipped when the Kick plays giving you a great rich sidechained SuperSaw chord sound.

Extra Tips on this Style

Here’s some extra steps that seem to help. Use good Voice Leading Principles. It can get a little complicated by using big extended chords but keep it interesting and pleasing on the ear by using good voice leading. Use the closest note shifts when changing chords and see how it works. 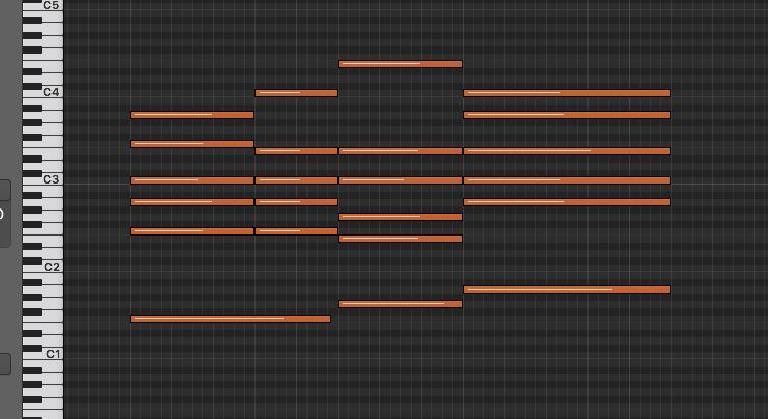 What also works quite well is to give some moments of silence with the chords in the progression. So have some long chords but give it a breather in sections. You’ll hear this really adds to the future bass style. 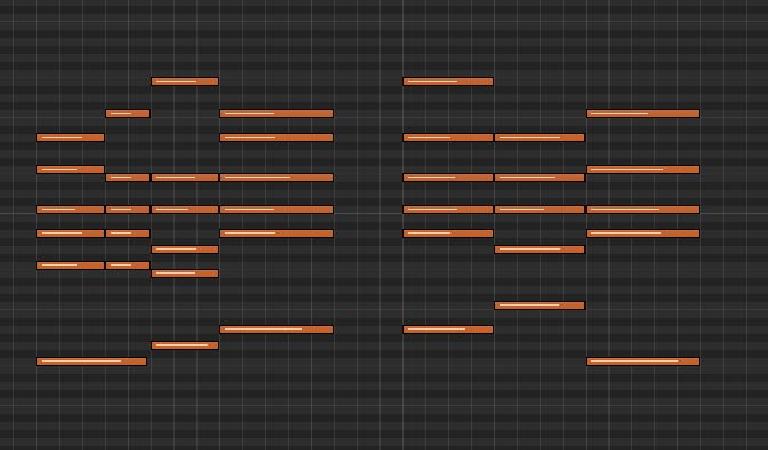 You can also add a heavy dose of reverb onto these synths. Create an aux track and bus the synth to this aux track. On the Aux track add a convolution reverb with an impulse medium length impulse, like 1.4sec. Add a heavy dose of this onto your synth and it will give it a sense of space, plus thicken up the sound. You can also add another compressor after the sidechain compressor just to tame some of the dynamics with this big sound if you find it needs it.

That is how to design your own unique SuperSaw synths in Logic for the Future Bass style. The ES2 is a really simple instrument to use to add multiple Saw waveforms to the oscillators. Then you can add extra effects to the synth and then program in your big, extended chords for the chord progression. And finally using sidechain compression using either the bass or kick as a source is a great way to add a pumping effect to these massive sounding synths.

Become a Logic Pro expert with these excellent videos in the AskAudio Academy.
Related 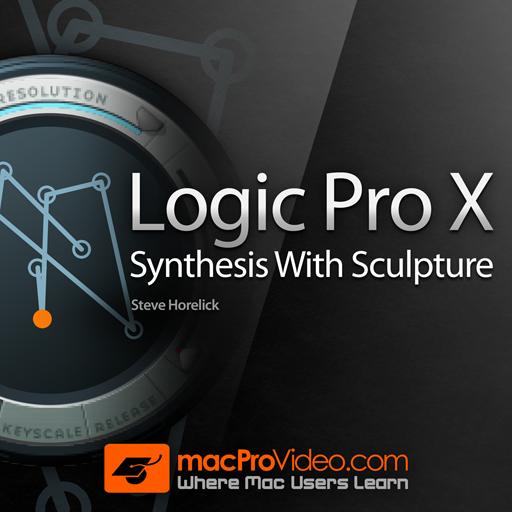