All Articles Logic Pro
How to Sample EXS24 Instruments Using Autosampler (MainStage and Logic Pro)
Matt Vanacoro on Mon, April 27th 1 comments
Language
When Apple bought Redmatica we wondered when the EXS24 would include AutoSampler in Logic Pro. Instead, AutoSampler is included with MainStage 3.1. Creating sampler instruments just got a lot easier!

MainStage's 3.1 update came with an extremely powerful new tool for sampling and creating instruments with EXS24. Autosampler was quietly purchased by Apple a while back and folks have been waiting patiently to see just what they would do with it. (Editor's Note: Actually Apple purchased Redmatica and rumor is the Redmatica team are working on Logic and MainStage.)

I'm happy to report that this wonderfully useful tool has been fully integrated into MainStage and it can help you create instruments in a fraction of the time it used to take. Here's how to get started with it. 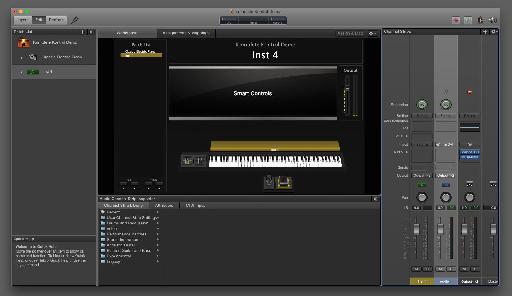 After setting the inputs of your instrument track to the correct setting, load up the Autosampler plugin. It's located in the '˜MainStage' category and '˜Utility' subcategory. If you are sampling a stereo source, be sure to use a stereo audio track and load up the stereo version of the plugin! 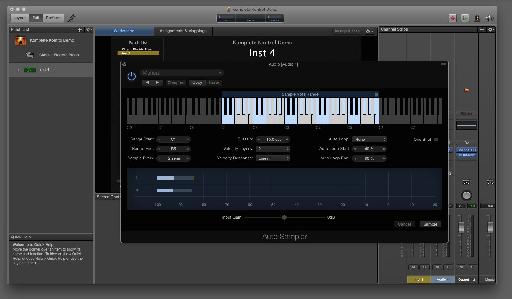 Autosampler is pretty simple to get up and running. For your first time using it, just worry about the left-hand column of settings for now. For a higher quality instrument sound, sample more frequently by adjusting the '˜sample every' field. To capture more notes, adjust the sample range accordingly. Autosampler will highlight in blue the notes it expects you to play. The more notes you sample, the more sonic accuracy there will be to your instrument'"but at a cost of disk space and utilized ram.

Click on the '˜sample' button in the bottom right and Autosampler will prompt you with a yellow highlight for each note you should be playing. Be sure to hold the note long enough for it to record the decay of the sound if it's a sound that has a decay or tail. 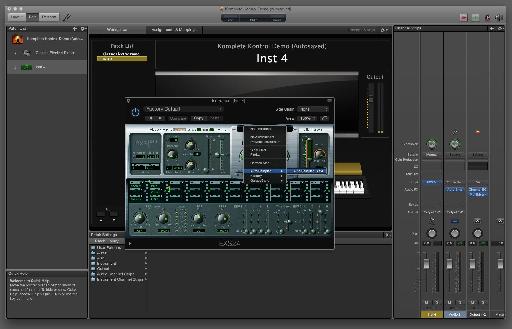 After you have finished sampling, load up an instance of EXS24 in that empty instrument track. EXS24 now has a preset heading titled '˜Autosampled Instruments'. That's where you're going to find your newly sampled sound if you saved it to the default place. I'm sure you're anxious to hear the results, so load it up and test it! EXS24 will have already '˜filled in' the notes that you didn't sample with its time/pitch stretching engine. 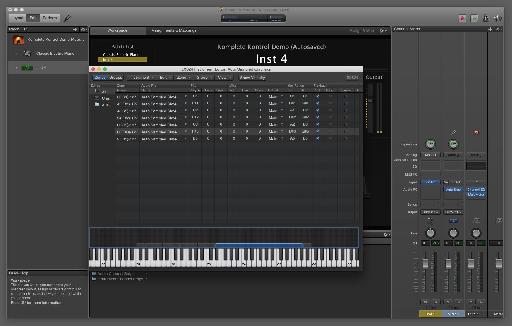 In the upper right corner of the EXS24 window is an '˜edit' button. If you click that, you'll be treated to the sample map window. Here you can stretch out your samples to cover more notes, (so if you only sampled up to A4, you can use the last sample to cover the rest of the upper keyboard notes). You can also determine what specific notes you want to stretch to what region of the keyboard. That's it, you've got an instrument!

Autosampler is a LOT deeper than what we've just accomplished. You can sample multiple layers, you can trigger your sound source via MIDI and get exact velocity values, and you can even set up loop regions while sampling! It's a deep tool that Apple has made simple to use, so keep sampling and you'll have an impressive library in no time. Keep checking back with us here at AskAudio as we use Autosampler and bring you more '˜how-to' articles on the topic.