In conventional orchestral 'full scores' you see the entire score with all of the instruments for the duration of the piece, including empty measures for instruments even in the sections of the piece where they are not playing during part of the piece. Logic Pro X emulates this mostly desirable behavior by automatically filling the gaps in regions by default.

However, when I was in college we would buy condensed scores that displayed only the instruments that were playing at any given section and there are times when it might well be desirable to have the Score Editor do that, as requested by one of the readers of AskAudio Magazine, spotted by our ever watchful editor, Rounik Sethi.

Well, as is not always the case with Logic Pro X's Score Editor, fortunately this one is actually pretty easy!

Look if you will please at Pic 1. Here you see a short piece for woodwinds and strings where the strings are not playing for a section of the piece, beginning at measure 25 until measure 42. 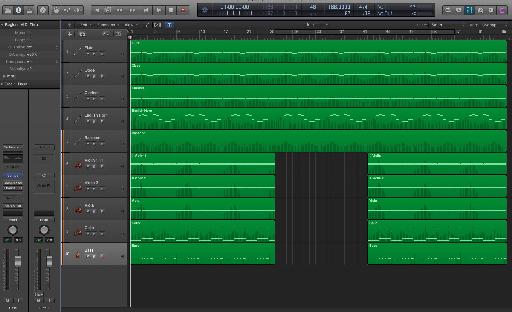 Now if I open the Score Editor to view my Score Set in Page View for printing or saving to PDF, you can see in Pic 2 that when I get to the section where the strings are not playing, I see empty measures, which is what I want, except when I don't. â˜º 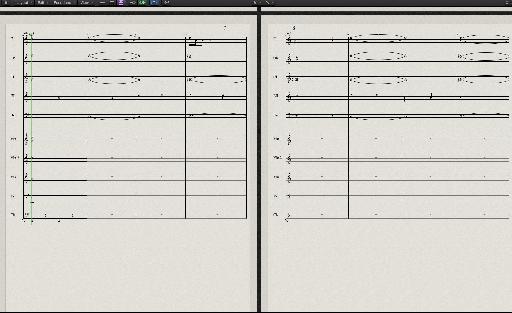 This default behavior can be overridden, simply by changing a project setting.  II you go under the File menu to Project Settings > Score and click the Global tab, as you can see I am doing in Pic 3, you will see the relevant setting (which is the Fill Gaps check box). 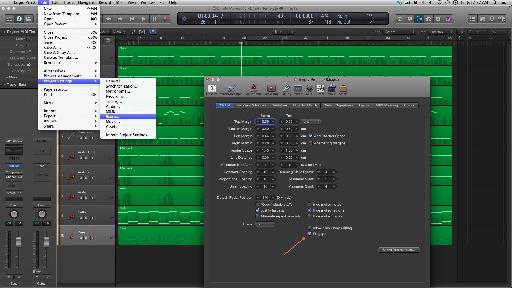 All you have to do is uncheck the Fill Gaps check box. If you look at Pic 4 notice that there are no longer empty measures for the strings. 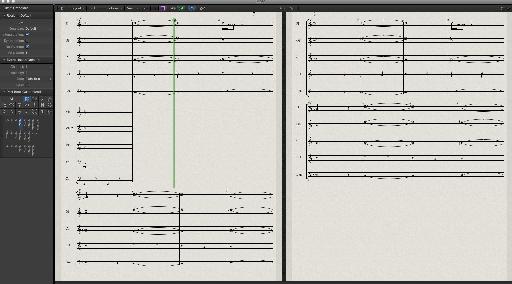 However it still doesn't really look right, does it? So now I need to use the Layout Tool to add move measures to the lines I want them to be on so that it does look right, Now look at Pic 5 and Pic 6 and you can see that I have achieved my desired result. 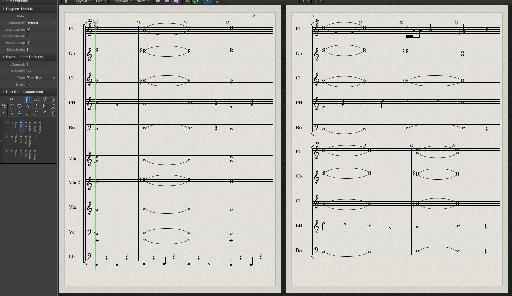 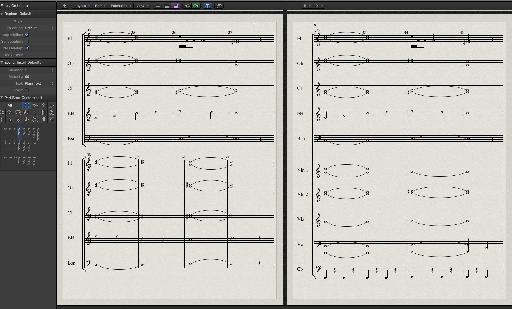 NOTE: At the time I'm writing this, the latest version of Logic Pro X is 10.0.7. I did find that this feature seems to be a little buggy and that sometimes I have to uncheck, recheck, and again uncheck the Fill Gaps box to update the entire score. Hopefully this will be fixed in a later version but it should not be a deal breaker for you, merely an annoyance.