All Articles Logic Pro
Logic Score Editor Tutorial: Tuplets Made Easy!
Peter Schwartz on Tue, August 30th 4 comments
Language
Peter Schwartz, the Logic and MIDI Guru has returned with another exclusive tutorial for The MPV Hub. Learn how to get the most out of the N-Tuplet symbol in Logic's Score Editor.

The term tuplets refers to a group of notes written to be played faster or slower than usual within a particular rhythmic value or beat. Duplets, quintuplets, and septuplets '" to name just three '" all fall under this definition, with triplets being the most commonly encountered type of tuplet. And Logic's Score Editor is quite good at recognizing and notating triplets (three notes in the time of two) from played-in, unquantized parts, even when they're amidst notes of "straight" rhythmic values:

Figure 1: An unquantized recording of eighth-note triplets in the right hand against eighths in the left.

And when it comes to step-entering notes, Logic's part box provides triplet note values which make entry of triplets quite easy: 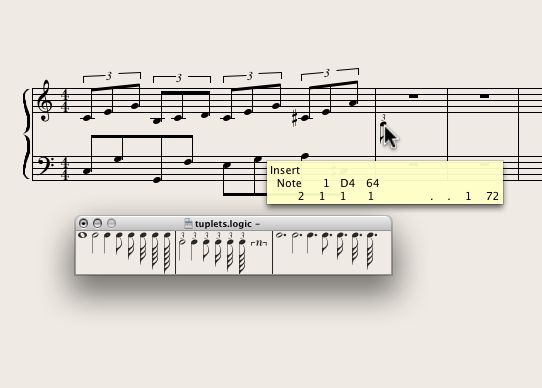 Figure 2: Dragging an eighth triplet note from a floating part box palette onto the staff.

To display any other kind of tuplet, however, we need to use the N-Tuplet symbol, located in the part box as well as the floating note entry palette. This symbol has three main uses:

Now, did that last usage make you go, "huh?!?" If so, don't worry. I'll explain what that's all about very shortly. First, let's get familiar with some basics...

The N-Tuplet symbol is entered into the Score by dragging it onto the staff from the partbox, or by selecting it first and then entering it into the score using the pencil tool. Here, the "n" in the symbol simply represents that you're going to use it to fit a variable number of notes within a particular rhythmic value, and of course you can freely determine how many notes that needs to be for any given phrase. A key aspect to be aware of when using the N-tuplet symbol: it only works if it's entered at the position of an existing note. Let's see how this all works, starting with an example of on-screen composition:

Below we see a D which I entered on the downbeat of measure 2. This is going be our "seed note" for the start of an eighth-note quintuplet. Put another way, this note represents the first in a series of 5 eighth notes that will play in the time of 4 eighths. To get the process started, I've dragged the N-Tuplet symbol over that D:

Figure 3: dragging the N-Tuplet symbol over an existing note to begin tuplet entry.

When I release the mouse, a tuplet dialog box appears. Below you can see that I've set it up to display 5 eighth notes in the time of 4. 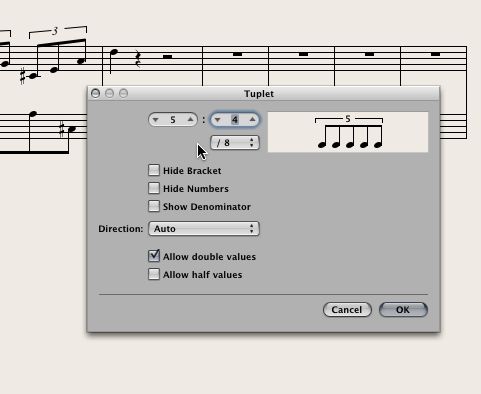 After clicking OK, the score display shows us a series of four "placeholder" rests after the D:

All we have to do now is enter notes from the partbox into the four additional notes that will make up the quintuplet. The method is simple enough:

Figure 6: completed entry of notes in the quintuplet.

You'll be happy to know that if the music you're writing requires multiple groups of quintuplets, there's no need to enter a starting note and repeat the whole tuplet-entry process. Tuplets, once established, can be copied and pasted just like other notes.

In the example below, I selected the quintuplet I completed in Figure 6 and Option-dragged it to beat 3 of the same measure. Then I altered the notes of the copy by dragging them to the desired pitches, and finished the measure by entering the bass notes.

Figure 7: the first quintuplet copied to beat 3, then altered.

Correcting the Display of a Real-Time Performance

Below we see a realtime, unquantized performance in which I played in quintuplets against quarter notes in the bass. As you can see, Logic's interpretation of my quintuplets is... wrong! But that's not surprising. As previously mentioned, Logic needs help displaying tuplets other than triplets:

To correct the display I dragged the N-Tuplet symbol onto the first note the first group of 5, and set up the tuplet dialog box to display 5 eighths in the time of 4 (as in Figure 4 above). I then repeated the process on the first note of the second group of 5. VoilÃ !

Note that correcting the display of tuplets using the above method will not alter the timing of the original performance. When the N-Tuplet symbol is used to correct notation, the changes you see in the score will be visual only; cosmetic changes, if you will. By contrast, when using the N-Tuplet symbol for actual note entry in the score, the timing of the notes you enter will be equally spaced apart (e.g., quantized).

The last usage for the N-Tuplet tool is to override the limitations imposed by the Display Quantize parameter (labeled as "Quantize" in the parameters section of the Score Editor's Inspector).

The piece shown below has a Display Quantize setting of 8, meaning that the fastest rhythmic value that can be displayed is an eighth note. However, the flourish at the end of the second measure is notated as 32nd notes. Normally, a setting of 8 wouldn't accommodate the display of rhythmic values smaller than an eighth-note. Of course, we could change the value to 32 but in doing so we'd run the risk of messing up the rest of the notation. Instead, I'll use the N-Tuplet tool to enter a series of thirty-second notes, thus overriding the Display Quantize value! Here's how it works:

Starting with a seed note of F2 on the fourth beat of the second measure, I entered the N-Tuplet symbol over it and configured it in an unusual way: 8 thirty-second notes to be displayed in the time of... 8 thirty-second notes. That's the trick! And by ticking the Hide Bracket and Hide Numbers checkboxes, the part'"as printed'"will not display the otherwise unwanted tuplet brackets and numbers. 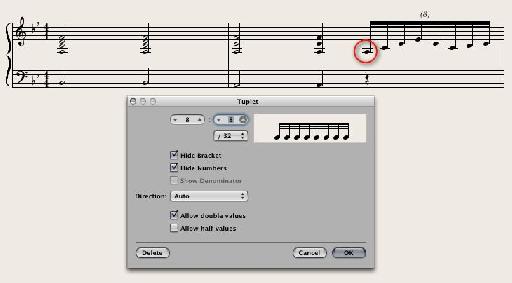 Figure 10: thirty-second notes appearing in a score with a Display Quantize setting of "8".

There's a whole lot to learn about Logic, and you can find out more with these Logic Video Tutorials and do check out Peter's MIDI 101: MIDI Demystified tutorial for an entertaining and educational unveiling of MIDI, what it is and how to use it better.