All Articles Logic Pro
Logic Scoring to Video: Audio Sync tricks
Steve H on Sun, November 14th 2 comments
Language
Foreword by Rounik Sethi: Logic is a fantastic tool to use when scoring sound to video. However, there are some well-discussed limitations, and in the Logic-world that inevitably means are some less w

Foreword by Rounik Sethi: Logic is a fantastic tool to use when scoring sound to video. However, there are some well-discussed limitations, and in the Logic-world that inevitably means are some less well-known workarounds too. One such limitation occurs when importing the "sync" audio from a video into Logic's Arrange area: Adjusting the start point of the video and then selecting a "bar 1" sync point that exceeds 8 bars into the video will always create the issue that Logic will limit the amount of "negative audio" to 8 bars and audio sync will be lost. Of course there have been some workarounds for this Logic quirk many of which have been explored in detail over the years. Steve H explores this very topic in his popular Logic 203: Logic's Music for Picture Toolbox tutorial. In this tutorial, Steve H joins us below to advise on the most efficient work flows that will always keep your audio and video in sync...

One solution, which I show in my Logic's Music for Picture Toolbox tutorial, is to move the anchor point to the very end of the region (or at least with in 8 bars of the bar 1 sync point).  As it turns out, Logic's negative 8 bar brick wall audio limitation has nothing to do with the region's start point... Logic is actually only looking at the region's anchor point when backing up the video's audio. By moving the anchor to the end to the region you will now be able to pick a bar 1 sync point anywhere in the video and be assured that your "sync" audio will remain synced! 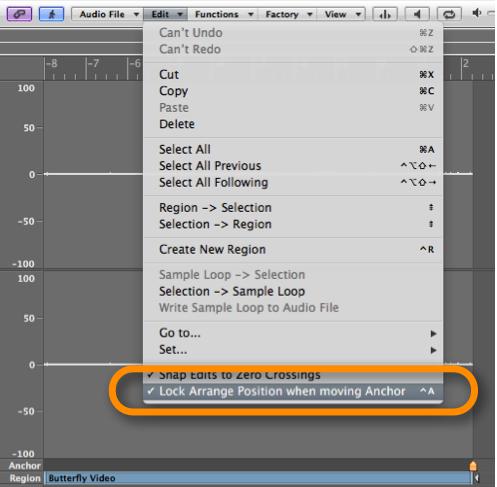 Now in the project's Synchronization Setting you can place bar 1 one ANYWHERE and your sync audio will back up in to the negative without losing sync!

All these operations can be accomplished with Key Commands except moving the anchor point. Unfortunately, you cannot accomplish this function in the Audio Bin where the whole region in compactly displayed, because the darn "Lock Arrange Position" command only exists in the Sample Editor! 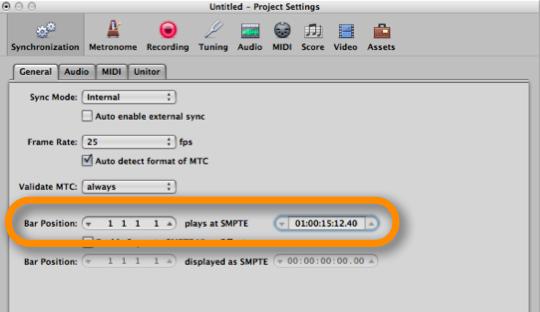 However, by zooming out in the the Sample Editor before you slide the anchor point you can still accomplish this task in pretty short order.

To make this more efficient I'd like to see the Logic team create a few new key commands:

... Or just have the option to have the Anchor Point match the Bar 1 /SMPTE position when setting your bar 1 sync point automatically doing the the steps 1-6 above!

I hope this helps! These are the kinds of things that are so much easier to show in videos!  But then videos aren't written articles...

Steve H
"Twice Emmy-nominated Steve Horelick is a Logic Pro Master and industry-leading audio producer. You might know him from TV's "Reading Rainbow" ... he scored every episode of that program."
Related Videos
Comments (2)