I have created an Ultrabeat Multi-channel Instrument. I have sent the kick out to an auxiliary channel.  Below is my arrangement before I move the regions: 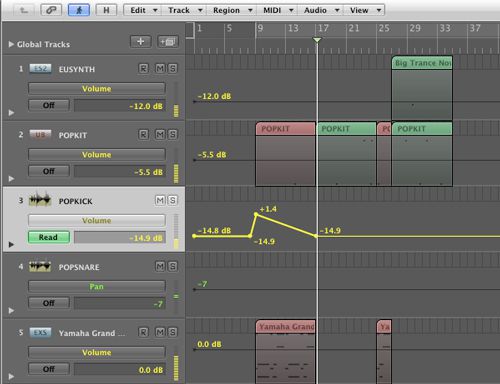 Here is the arrangement after I have moved all the selected regions. You will see the Bus/Aux channel data has not moved. 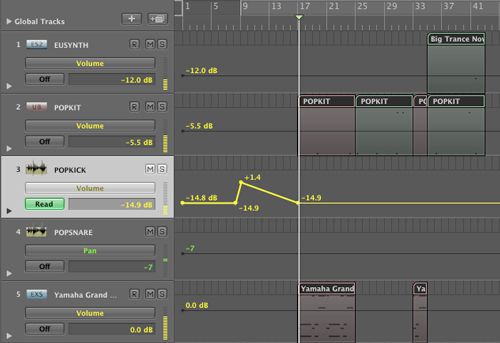 This can get quite confusing when you have been working on a mix and have applied numerous automation data to your Aux and Bus channels. Then when you decide to move selected regions around in the track, the automation on those channels gets left behind.

I have found the best solution is to draw a region on the area of the relevant Aux or Bus channel with the Pencil Tool (Esc-2) where you wish to move or place automation data.

Here is the arrangement with my included region on the Bus/Aux channel: 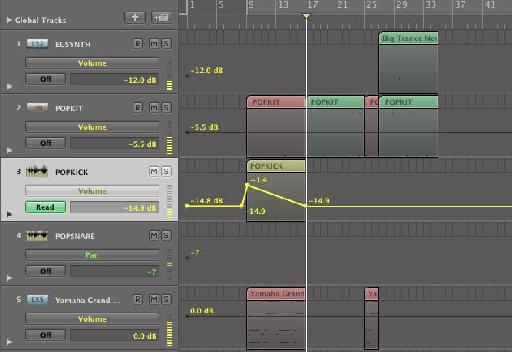 Now when you move the regions you will notice how the automation moves with the regions as well. It's a quick, simple solution, and takes a lot less time than trying to find out where your automation information went. 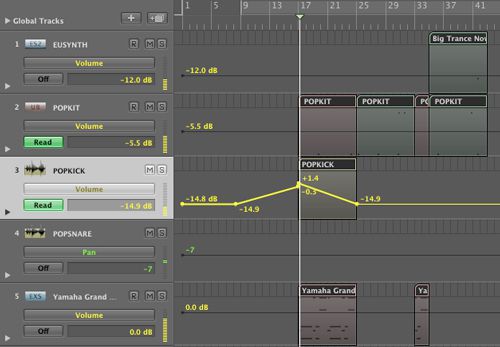 So draw those regions in and have all your automation end up in the intended part of your arrangement.
Hungry for more? Discover a host of tips and tricks in these Logic TNT2 and Logic TNT3 video tutorials.
Related

Gary Hiebner
Gary Hiebner is an enthusiastic South African Sound Designer and Apple Tech Head! Gary has been involved in the South African music industry for the decade, and in this time has also been involved in the sound design and music production for many advertising agencies and media houses. Gary is a devoted Logic and Ableton user, but he also dabbles in Cubase, FL Studio, Studio One and esoteric sound design tools, such as Max/MSP and CSound.
Related Videos
Comments (2)