As I wrote in my book Going Pro With Logic Pro 9, I consider Vienna Ensemble Pro to be a total game changer. With DAWs like Pro Tools that are still 32-bit it makes a huge difference to be able to load your large libraries outside of the application. But even with 64-bit capable apps like Logic Pro, it is a great help to be able to do so and only have to load them one time and have them available, as well as spreading the CPU load throughout the cores, which VE Pro does beautifully.

Until recently, there has been only one fly in the ointment for many Logic Pro users: the fact that audio unit plug-ins can only address 16 MIDI channels per VE Pro project (v-frame). This has necessitated opening a whole bunch of them in an m-frame and connecting in Logic to each project through a separate instance of the VE Pro server plug-in. In my case, I had 6 of them on my PC and six of them on my Mac, which is not that CPU-efficient and is, for want of a better description, inelegant.

The brilliant folks at VSL have come up with a solution for VE Pro. It is an Environment layer they call the multiport and that can be copied into your Logic templates and projects. This now allows me to connect everything with just two VE Pro server plug-in instances, one on my Mac and one on my PC. (My only complaint is it consists of locked macros so I cannot analyze how they did it.)

In Pic.1 you can see a VE Pro 5 project that has four multi-timbral Kontakt 5 instances, each assigned to the same MIDI port with each one assigned to different outputs. The total number of MIDI channels I need to discretely address is 38. Without the multiport layer, this would require an m-frame consisting of three v-frames. 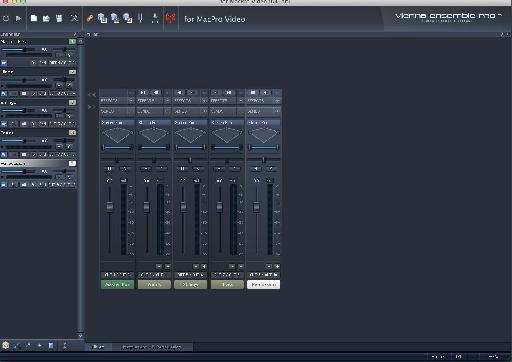 In Pic. 2, you can see that in the second column of the Channel Selector area, I am assigning the Winds multi to VE Pro plug-in 1. 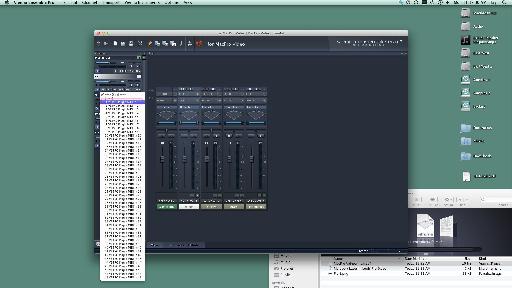 In Pic. 3, notice that the other three multis have been assigned to successive MIDI port assignments. All you need to do now in VE Pro 5 is save the project. 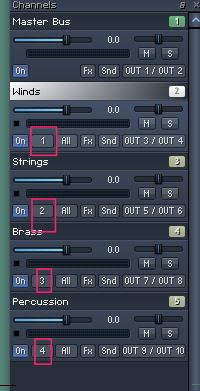 This will be available as a zip file to registered users of VE Pro 5 in their user area. See Pic. 4. 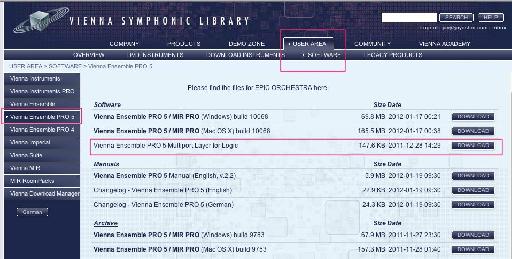 Once it is downloaded, unzip it. For now, I have placed it on my desktop for easy access.

Step 3 - Import the multiport layer into a logic pro project

As I said, it is possible to do this with an existing project or template but for demonstration purposes, I am going to start fresh. In Pic. 5, I have opened a new empty project with a single Software Instrument and a single External MIDI instrument. You can also see the Mixer layer of the Environment. 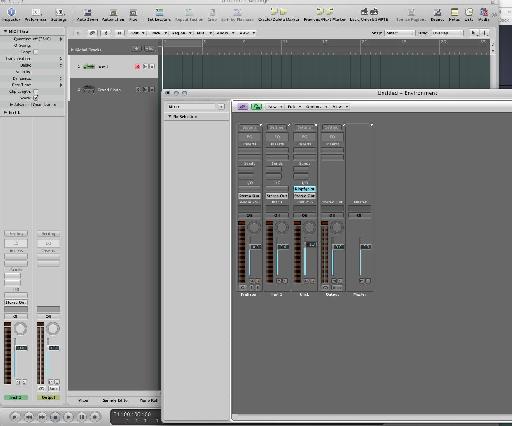 Under the Options local menu, I navigate to Import Environment > Layer, as you see in Pic 6. 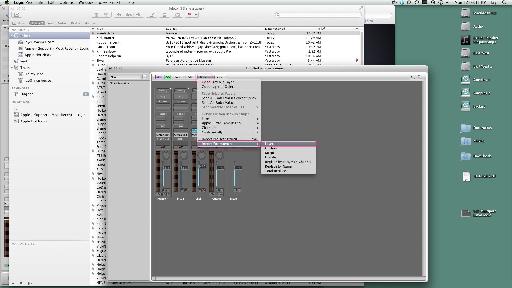 As you see in Pic 7, I navigate to my desktop and select the VEP Multiport Layer.logic project and in the lower righthand side, 'Open' is flashing. 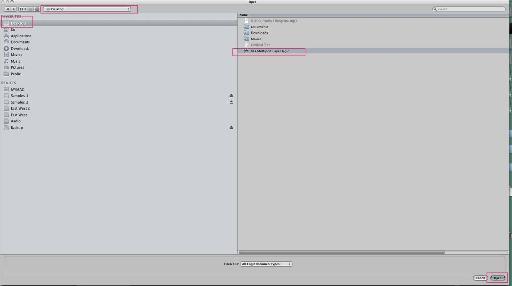 This brings up a dialog box where I can choose which Environment Layer I wish to import (in this case, the layer named VEP Multiport) as you can see in Pic 8. I then click Import. 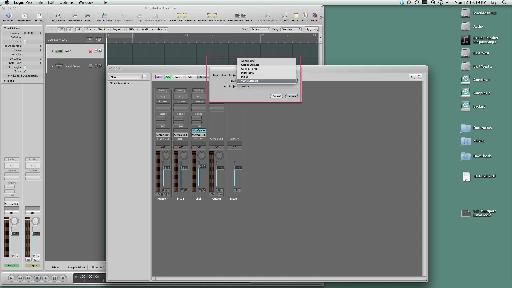 The Multiport Layer is now part of this project.

Logic Pro 9 makes this task easy. All the Multi-Instruments are selected after the import. While holding the Option key, I need only navigate to the Mixer Layer (see Pic. 9) and they are now in the Mixer layer as you can see in Pic. 10, after I have moved them away from the other objects to be more clearly visible. 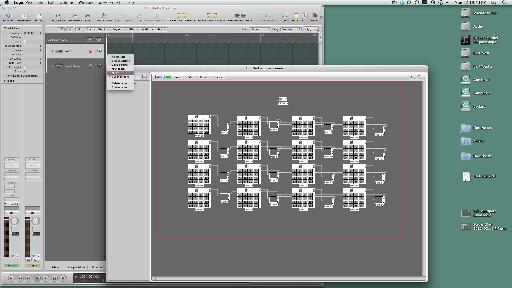 Pic 9. Navigate to the Mixer layer.

Pic 10. The multi-instruments are now in the Mixer layer.

In this example there is only one but you can use as many as you choose. I use two as I said earlier, one for my Mac and one for my slave PC. In Pic 11, I am grabbing the plug on the All Ports object and cabling it to Inst 1, which will be hosting the VE Pro 5 server plug-in. 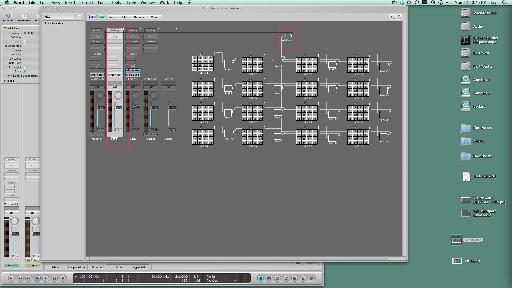 I can now close the Environment Window.

In Pic 12, I instantiate a multi-output version of the VE Pro 5 server plug-in, which opens the GUI (see Pic. 13). Note that since it is on the same computer, I can assign the buffer latency to 'NONE' (which should be fine unless you run into serious CPU issues). 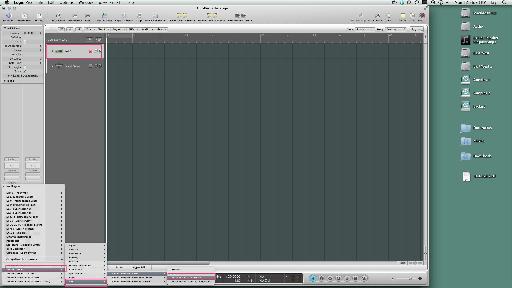 The GUI of VE Pro 5 Server.

In Pic 14, I select the VE Pro project and Connect, which brings up another GUI, where I can check DECOUPLE. I strongly recommend you do this otherwise Logic takes a very long time to save the project and it can lead to instability down the line, at least in my experience. I can now close the VE Pro server plug-in GUI.

In Pic 15, notice I have selected the External MIDI instrument track and while holding the Control key, reassigned it to Mixer > VEP 01 > Channel 1. This will address the first instrument in the Winds multi in the VE Pro project discretely. Pic 15. Select the Ext MIDI track while holding down 'Control'

Now I either go under the Track submenu or use the key command tandem for "New with Next MIDI Channel". There are 9 woodwind patches in my multi so I repeat this nine more times.

Now notice Pic 16: I choose the last MIDI instrument track and reassign it to MIDI channel 1 of the second VE Pro port for the Strings multi. Continuing with this method, I create tracks to address 4 more strings patches, 7 brass patches, and 16 percussion patches. I then follow all these steps for the VE Pro 5 project on my PC.

If you are like me, all that remains (and yes, it takes time) is to rename each track and assign it a proper icon and then save it as a template. My end result is partially visible in Pic 17. Pic 17. The end result. Remember to save this as a template!

It's lot of work but now you have an awesome Logic Pro 9 template with VE Pro projects using the elegant workflow with the Multiport Layer that should serve you very well, indeed!

Jay Asher
Jay is a Los Angeles-based composer, songwriter, arranger and orchestrator, conductor, keyboardist, as well as vocalist. As a composer, he is best known for scoring the New World Television series Zorro. Among the films and TV movies he has arranged, orchestrated and/or conducted are Paramount Pictures' Blame It On Rio and NBC's TV mini-series JFK: Reckless Youth. He has written songs that have been recorded by Julio Iglesias, Whitney Houston and Donna Summer, among others. Jay is an Apple Certified Trainer for Logic Pro X and the author of the book Going Pro With Logic Pro 9.
Related Videos
Comments (6)