In this Quick Tip we're going to explore how to effectively use Logic's Prelisten channel to preview audio with and without effects. Let's imagine two common scenarios often experienced by Logic users... A) You're previewing loops in the Loop Browser in order to replace an existing drum loop in your project. That drum loop channel strip has your chosen effects inserted which drastically alter it's sound. But when previewing other loops in the Loop Browser you can only hear them dry and unprocessed...

Or, B) You've got a recorded vocal performance on an audio track which has some signal sent to an Aux channel for some gentle EQ and reverb effects. Let's say you need to reverse this region, or apply some destructive audio editing to it, which can be done in the Sample Editor. However, when you preview it in the Sample Editor you only hear the dry, untreated performance sans lovely reverb and EQ.

Any audio you wish to preview in the Sample Editor, Audio Bin or Loop Browser has it's very own exclusive channel strip in Logic. Fortunately, we can access this channel strip without even entering the Environment window. 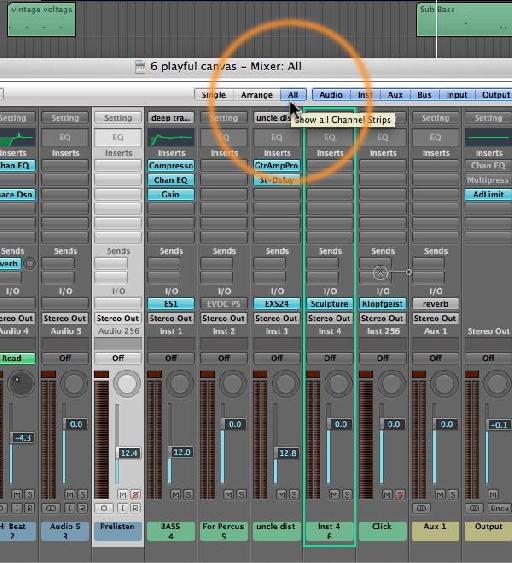 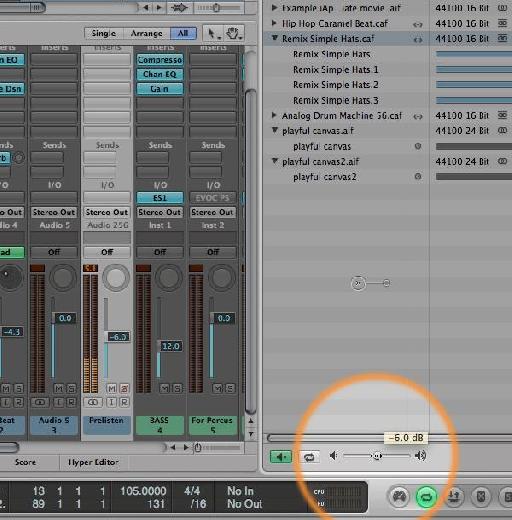 So, I'm auditioning loops to find one suitable to replace an existing audio drum loop in my project, which has some bizarre effects placed on it's channel strip. You can copy over individual insert effects from one channel to another by Option+Command-dragging the effect from an Insert slot to another insert slot (on the same or a different channel strip). 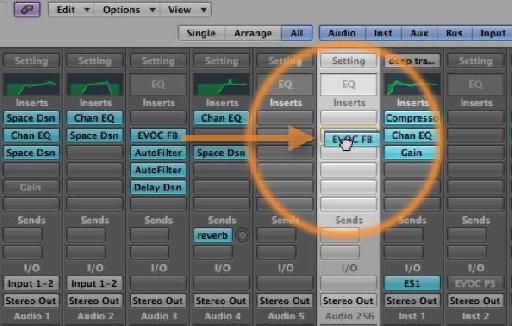 In this example, I've copied the EVOC FB from the Audio Track 3 to my Prelisten channel strip (Audio 256).

Now any audio I preview in the Bin, Sample Editor of Loop Browser will be processed by the EVOC 20 insert effect.

Rather than copying effects to the Prelisten channel strip one at a time, you can recall an entire channel strip setting by clicking on the "Setting" button at the top of the channel strip and browsing through the settings from the drop-down menu.

A quicker way to duplicate settings between channel strips is to choose "Copy Channel Strip Settings" from the same drop-down menu and "Paste" these to the Prelisten Channel Strip. 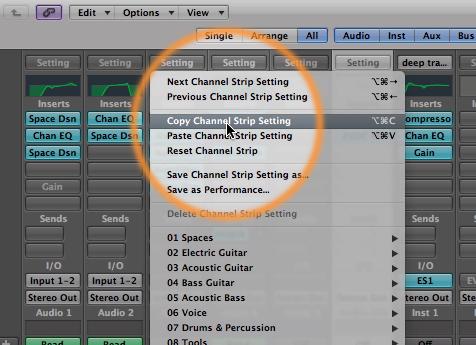 Step 5 - Send from the Prelisten Channel

It's possible you are sending some signal from an audio channel to effect(s) placed on an Aux channel rather than placing the effects directly on the channel strip. If so, then it's easy to set up multiple sends for different purposes on your Prelisten channel strip which gives you a lot of sonic flexibility when previewing audio.

In the Mixer click on a Send slot on the Prelisten channel strip and choose the Bus you've already got set up. In the example below I've set up three sends from my Prelisten and have some signal begin sent to Space Designer (via Bus 1) on Aux 1 and to EVOC 20 (via Bus 3) on Aux 3. No signal is being sent to Channel EQ (via Bus 2) on Aux 2. 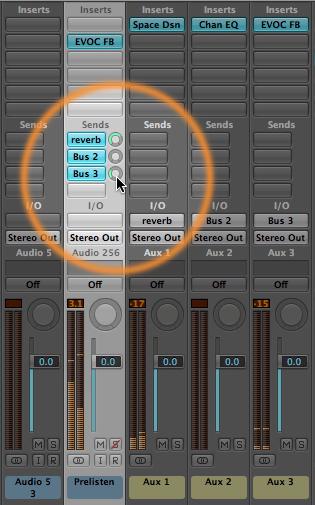 Utilising the Prelisten channel strip can help make auditioning suitable loops and audio files much easier before bringing them into your Arrangement.

Have a question or comment? Please let us know at the bottom of this page.

Want to learn more about Logic? Look no further that our massive range of Logic video tutorials here! 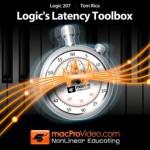