All Articles Logic Pro
Screensets in Logic Pro - Part 1
Tobias Escher on Mon, September 27th 0 comments
Language
When looking at the setup of most Logic users, one thing stands out: Hardly anyone ever changes the default appearance of the Logic window. Some open the occasional e

When looking at the setup of most Logic users, one thing stands out: Hardly anyone ever changes the default appearance of the Logic window.

Some open the occasional extra mixer or piano roll, but most of the time everyone uses what Apple has set as the default window layout.

Nothing against the standard layout - it is actually pretty good, but you may find that by customizing your Logic windows as well as by using screensets you can boost your productivity by a lot! 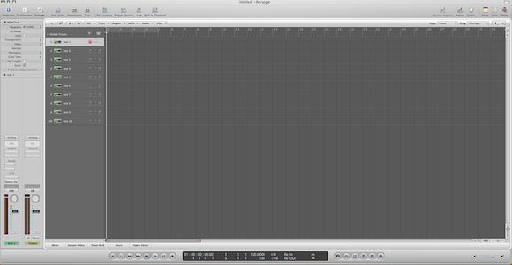 True to the heritage of Logic as a multi-window application, in addition to the single window-approach detailed before, most features can still be opened in an extra window. This is where screensets come handy. A screenset basically is a snapshot of the current state of all open windows on all monitors.  The screensets are saved with your project. Screensets are very useful, mainly for efficiently using more than one screen as well as for different stages of working in Logic. They allow you to tailor your workspace to your needs and even adapt Logic to different kinds of projects. I hope to be able to give you an idea how to better use the tools Logic offers. While the single-window concept works fairly well when you only have one screen, you really need screensets to be efficient with multiple screens.

In this tutorial, I will show you how to plan and create screensets and give you a few tips on what they could look like. I am assuming Logic Pro 9, but this also works with Logic Pro 8 and (mostly) even 7 and earlier. The biggest drawback in Logic 7 and earlier is the absence of the inspector, as it was only introduced with Logic 8.

I will explain everything based on two screens, with the main screen usually staying the same. You can and should of course adapt this to your needs. Even if you only have one screen at your disposal, screensets can nevertheless make you work faster!

Creating a screenset is actually very easy: All you need to do is to press the corresponding number key where you want the screenset to be located (i.e. press "3"), open and arrange all windows to your liking and then save the project. Every time you now press "3", all windows will be loaded in exactly the same state. To make Logic keep the layout of a screenset even if you change it, you can lock a screenset in the screenset menu. Locked screensets have a dot in front of their number.

Then when you change something and call up the screenset again, the original state will be reloaded. Screensets save every aspect of your windows and can be imported into new projects.

The arrange window is the centre of your project. Most of the time it resides on your main screen since it is the place where you "see" all your music. I would like to take the standard arrange window as a basis and create a number of screensets around it for different stages in your workflow using two screens. In this first part of the tutorial, we will deal with a general "recording" screenset, used for the actual recording/composing process.

Here's a screenshot of my empty standard arrange: 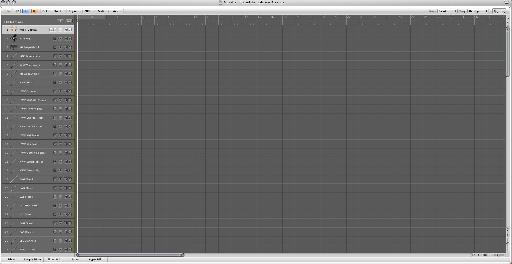 There's not much there. No transport bar, no inspector, no library. Just the track lanes, which maximises working space and lets me see as much as possible.

For the actual recording of your music, the arrange window is the place where you spend most of your time. To make it easy to see what belongs where and have all the necessary information at a glance, it is useful to make a few adjustments to this window depending on your project:

In the inspector, you will alway find the channel strip (i.e. all sends, inserts, I/O and a master fader) as well as additional information about your current track. The inspector is switched on by default and I recommend leaving it this way. For MIDI regions, this is also the place where you can find the quantize function. The inspector is shown/hidden with "I" - remember that key command and you can hide it when you need the space on a small screen.

B) Track height and resolution

In the bottom right corner of the arrange there are two sliders controlling the height of the track lanes as well as the resolution (i.e. how many bars fit on one page on the screen). Depending on your workflow, you should play with these values. I personally like a fairly small value for resolution, but like larger track heights, because with a bit of experience it you will be able to read the content of the tracks this way.

Compare the following two screenshots. With the cycle pointers you can see the difference between the two resolutions as well as the far better readability of the higher track lane. 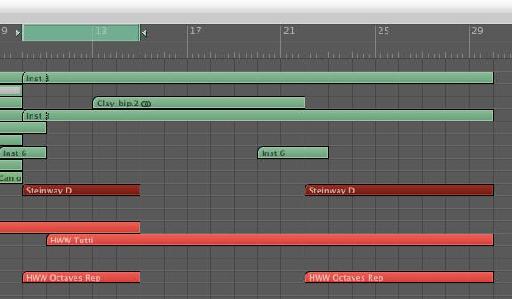 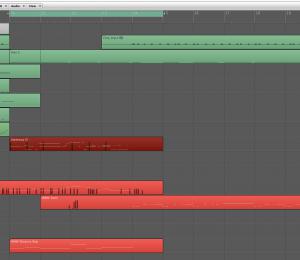 Most of the time, at least with more than one screen, you will want to have as much space available as possible. Aside from the inspector, there really is no point to have anything else in the arrange.

One thing I quite like to do is to put the transport bar on a second screen, freeing up space on my main screen.

Furthermore, if you use a dedicated hardware controller like a Mackie Control, an Euphonix Artist Controller or something along these lines, you do not need the transport buttons! Look at the following screenshot for a very minimal transport bar:

This transport bar only has the most basic controls and displays. It is part of a second screen, where the general "recording layout" is located. There everything that is needed during recording is on one screen. The primary screen holds just an arrange window.

Below there is a screenshot of the screen for recording I use in my template. Because I exclusively work with software instruments hosted outside Logic, everything here is tailored to MIDI editing. If you are dealing more with audio, you should adapt this to your needs and include audio tools instead of, i.e. the Piano Roll. 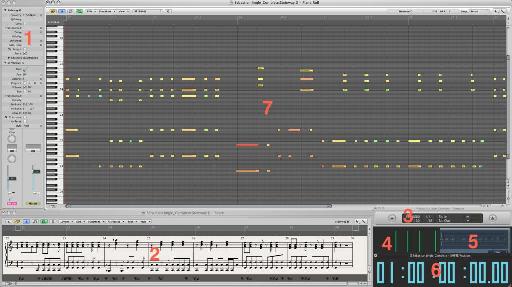 We will have a look at the different parts of this screen:

Again, you won't see transport buttons here, nor any mixer window for all the faders. This is because with a hardware controller, there is no need for these things.

My advice? Keep everything out of the way you don't need! Don't clutter your interface with things you already have elsewhere.

I hope this overview about the general workings of screensets as well as the recording screen helped you understand the concept.

So much for part one of this Logic Pro tutorial (check out the link for more great Logic how to's). In the second part we will look at some other layouts for special workflow situations and sum everything up.  If you have questions, please post them in the comments and I will try to address them in the second part or in a follow-up!