Side chaining is an effective way to get more control out of a specific sonic aspect of your mix. It’s an old technique that has been made about a hundred times easier with modern DAW programs, and I’m surprised more people don’t do it. The concept of the sidechain is simple. You have a track that you want to somehow control using the output of another track. That’s it! You can use the output of a hi-hat track to determine when a synth can play (giving you a stutter/choppy effect) or you can use the output of a kick drum track to ‘tighten’ and compress the bass. The possibilities are endless. Let’s try it out.

Set Up The Tracks

For our example today, we’re going to use an effect which is simple to understand and very easy to hear. Let’s create a simple drum track, then we’ll add a bass track where we play whole notes every measure. We will use the kick drum to trigger a gate on the bass track that is normally closed. Every time the kick drum hits, the gate will open and we will be ‘allowed’ to hear the bass. If the kick drum isn’t playing, the bass will be muted.

Notice how the bass track is playing whole notes for each measure. Use an electronic synth bass to really hear this effect!

Set Up The Send

For this song, since I’m using a virtual instrument for the drums, I’m going to send the output of the kick drum to a bus. If you are recording a real drum set, you can simply use the kick drum track directly to trigger the gate. In this case, since all of the drums are on a single MIDI track, I’m going to use one of Logic’s ‘producer kits’ which allow me access to the individual kick drums’ output. Select the kick drums’ channel strip, then send the output to a bus. I chose bus 4 since it was not being used by anything else. Be sure you don’t wind up letting bus 4 play sound in your mix (Logic may automatically create a new mixer channel with bus 4 as the input).

Send the output of the kick drum to an unused bus so that it can be used to trigger the gate.

Set Up The Gate

Next, we’re going to insert an instance of ‘Noise Gate’ at the end of the bass channel strip. Open it up, and let’s configure it to ‘listen’ for the kick drum and only open when the kick drum plays. In the upper right corner, you’ll see a ‘Side Chain’ drop down menu. Click on it, and pick ‘Bus 4’ as the input (or simply select your kick drum track directly if you are using recorded audio tracks).

Choose your kick drum bus as the Side Chain input and adjust the threshold accordingly.

Play back your track and adjust the threshold accordingly so that you only hear the bass track playing when the kick drum plays. Use the ‘activity’ light as a guide. If you don’t want the gate to cut out the bass completely, adjust the ‘reduction’ slider to simply have the bass play softer without the kick, and louder with the kick.

Become a Side Chain Scientist

Now that you’ve got the general idea, experiment with different side chain ideas and techniques! Create a ‘pad’ synth track that only plays when the guitarist plays. Use the kick drum to compress (most compressors have side chains too) the bass track to give a sense of ‘tightness’ in your rhythm section. The possibilities are endless, and you can create some really cool effects with side chains.

Matt Vanacoro
Matt Vanacoro is one of New York’s premier musicans. Matt has collaborated as a keyboardist in studio and on stage with artists such as Jordan Rudess (Dream Theater), Mark Wood (Trans-Siberian Orchestra), Mark Rivera (Billy Joel Band), Aaron Carter, Amy Regan, Jay Azzolina, Marcus Ratzenboeck (Tantric), KeKe Palmer, C-Note, Jordan Knight and many others. He has appeared on many a recording with a variety of artists, as well as had his own music featured in films by Lionsgate Studios.
Related Videos
Comments (4) 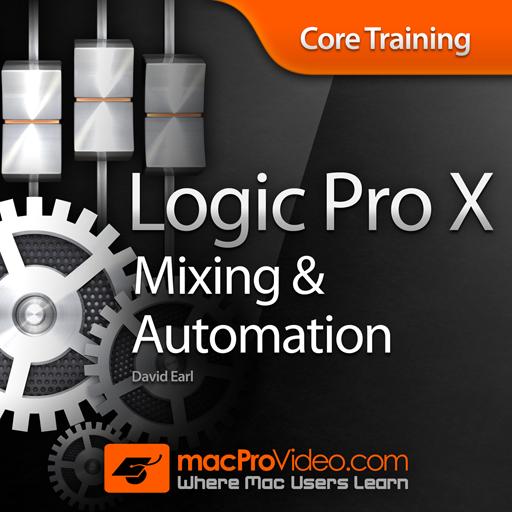