Back in the days of recording consoles and tape machines (remember them?) especially when tracking and mixing the recording engineer would be viewing the fader levels to make sure they were not going into the red area, because that meant there would be distortion in the recordings. If the engineer pulled down the fader, he would hear the track played back more softly, but the display would remain the same because it was a pre fader display, meaning it showed level before any fader adjustment as opposed to post fader, which would reflect the levels after the fader movements.

This was very important to the engineer, especially in the tracking process, as he needed to see exactly what was flowing into the channel strip to ensure that there would be no tracks recorded with distortion. Then while mixing, he or she depended on his or her ears to balance the level flowing out of it. Thus, I observed that the engineers I worked with always stayed in pre fader mode while tracking but occasionally switched to post fader during mixer to check things out, then returned to pre fader.

So how does this relate to the world of digital audio? The first Digital Audio Workstation (DAW) that became widely used for tracking and mixing was Digidesign's Pro Tools. Pro Tools used expensive proprietary hardware and its design structure was called 48-bit fixed point integer. Without getting too geeky, this simply meant that as signal flowed into a channel strip, the channel strip did not adjust its headroom. So like the analog world, the engineer did not want the channel strip to go into the red. Therefore, engineers tracking and mixing in Pro Tools worked mostly with pre fader metering for the same reasons as they did when working in the analog world of consoles and tape recorders.

Later on however, other DAWs like Logic Pro, Digital Performer, and Cubase, all so called 'native' systems because they did not require proprietary hardware, were introduced with 32-bit floating point integer. Pro Tools, now owned and developed by Avid, also has gone native with most of its systems and they are also 32-bit float. Floating point adjusts the headroom of the channel strip as it comes in, so with the exception of the stereo outputs, it is fine for every channel strip to be going into the red, as no digital distortion is being created. If however the stereo output, which WILL distort if it is is going into the red, one need simply pull down its fader and the problem is solved. So I can hear you asking, do I really need to use pre fader metering?

First, let me show you a few pics to illustrate exactly what the difference in behavior is in Logic Pro X under pre fader and post fader metering, in case you still do not quite get it.

In Pic 1, you see the level of an audio track with no fader adjustments (0.0 dBfs.) 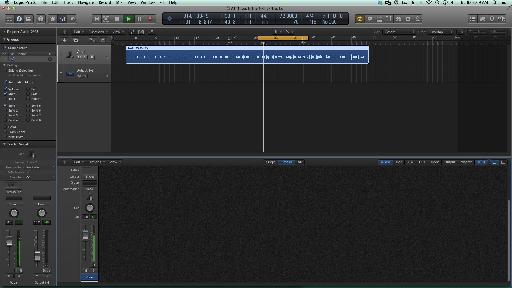 In Pic 2, I have pulled the fader level down and because I am in post fader mode, I am not only hearing it played back more softly, that level is reflected in the display. 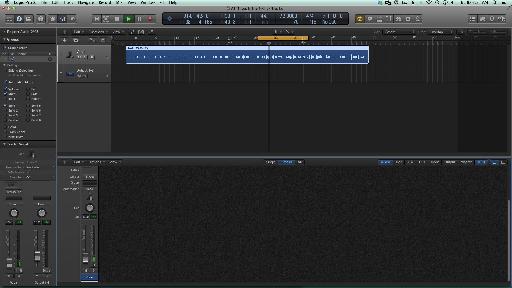 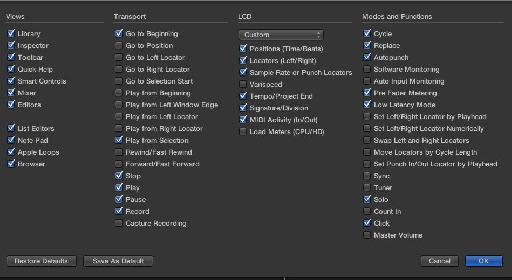 If I click the Pre Fader icon that is now in the Control Bar, it turns blue, as you see in Pic 4, which means that I am now in Pre Fader mode.

Now when I play back, I hear the track more softly but what I see on the fader's level is still what is flowing through the channel strip, regardless of my fader adjustments.  See Pic 5. 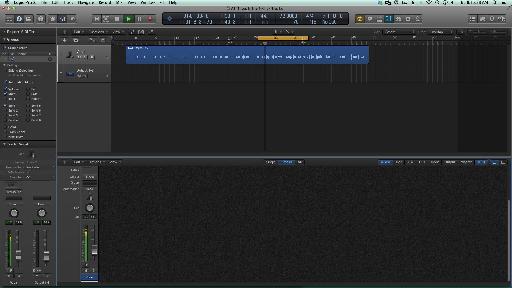 Why use Pre Fader Metering

So since by my own admission, simply pulling down the stereo outputs fader resolves any distortion issues, why argue for pre fader metering?

1. Plug-ins: If you only use the plugins that come with Logic Pro X, you would never see this issue, but since the signal flow starts with the plug-in at the top of the channel strip and flows down into the subsequent plug-ins, certain third-party plug-ins do not handle hot signal coming from other plugins well and can internally distort, or just sound plain lousy.

So when I am mixing with pre fader metering, if I hear something that sounds a little 'off' and I see certain channel strips are going wildly way up in the red, while there is no guarantee that they are the culprits, they are a very logical place to start troubleshooting.

2. You really should mostly mix with your ears, not your eyes. The various elements in your mix can look balanced but sound imbalanced.

3. Consistency of workflow: If you adopt this practice and you find that if you travel from DAW to analog, you will have little adjustment to make.

4. The end result: When I set my stereo output level to its desired level and adjust the output of my other channel strips that flow into it by controlling the plug-in levels, I seem to end up with a better and more open sounding mix. I know that the science says this should not be so but I hear it. It may simply be that by doing so I am paying more attention to details about my plug-ins settings than I would otherwise, but my experience tells me I get a better end result this way.

Finally, it is just considered good 'mix practice' by the pros. Try it for yourself, and I think you will find you like working this way.