All Articles Recording & Production
Music and iCloud: Using the Cloud for Music and Production
G.W. Childs IV on Fri, October 20th 1 comments
iCloud provides a number of ways in which you can streamline your workflow and get access from any device to your music and sample libraries. Here are some ways that the cloud can change your life.

iCloud has become a big deal in the lives of many and as a musician It couldn’t be more handy. Granted, it's not perfect. But with a little bit of housecleaning it really can be a boon to the freelance producer/musician/artist who lives on multiple computers, multiple devices and needs a whole bunch of storage space.

Welcome To the Future

You’ll notice that the hard drives going into modern laptops, iPads and phones are not getting much bigger. Though, the prices generally are. Upgrading on the Apple Store from a smaller drive to a bigger drive before purchase tends to tag another couple of hundred dollars on to the purchase of a device, making one seriously consider whether they really need that much. Apple’s biggest answer to the storage dilemma is to purchase iCloud storage. Thankfully, at the the moment the Cloud isn't that pricey. If you own an iPhone or most other Apple devices, you probably have an iCloud account anyway, for photos, contacts, and all other aspects of the iOS platform that the Cloud has been made manifest in.

Personally speaking, I keep a backup of my projects on both an external drive and iCloud. iCloud at this point has become my main work drive mainly because of the way iCloud is integrated in to the current OS (currently, I’m still on Sierra). It’s so seamless that I have cloud directories within the Favorites section of Finder, that aren’t even currently loaded. 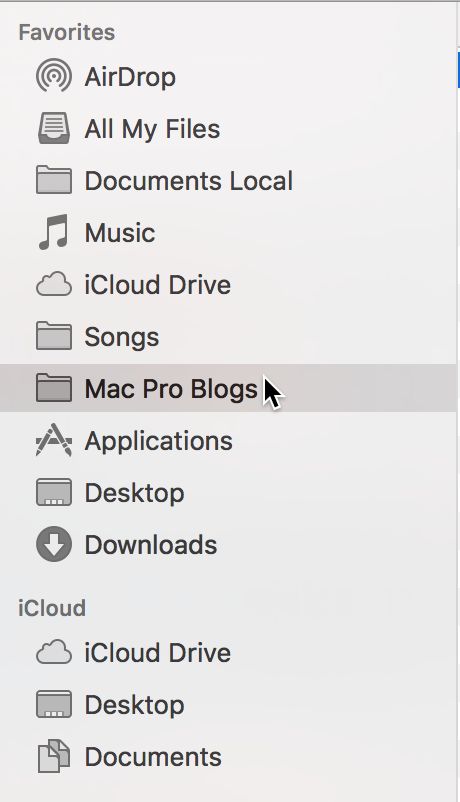 Out of iCloud I work on Ableton, Reason, Logic, Pro Tools, and even my Desktop projects (like silly pics I’ll post on Facebook, and want to reference later on my iPhone) files on iCloud. But I back up major versions of a session to my external drive, with all pertinent audio, notes, lyric documents and even production notes and video, as individual songs hit certain milestones.

Because cloud based projects have to be downloaded locally, I use the power of my internal hard drive’s SSD speed when programming and editing. The only thing I’ve run into is forgetting to go in to Ableton sessions and downloading the Samples folder. If you begin using the cloud for production, don’t forget this when you port a project in to your current local drive. 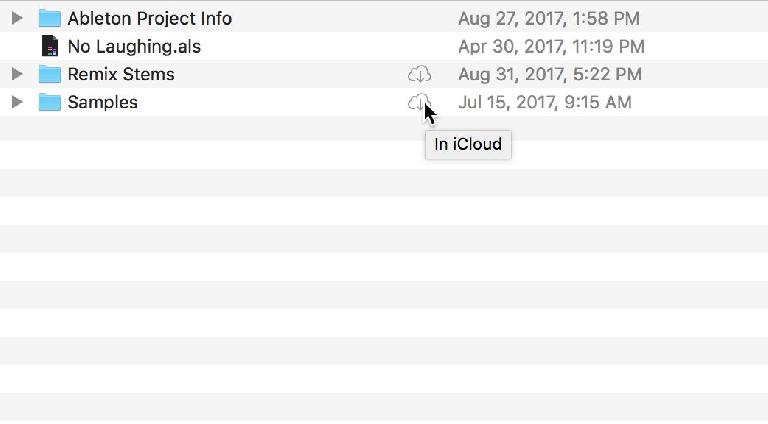 I used to organize all of my songs by albums. But these days it’s more important for me to be able to get to individual songs and all necessary files that pertain to them. Because of digital music sales, streaming, YouTube and so on, songs of mine have taken on lives of their own, outside of albums and back catalog is more important than ever.

Being able to remix old songs from original masters and produce backing tracks for live performance is a big deal. So thankfully, DAT (Digital Audio Tape), mini-disc, cassette and CD backups of old masters are all up on iCloud now too. I spent a week several years ago recording all of my old masters as AIFF files onto an external drive. Once iCloud came around, I spent a few hours uploading all of it to my iCloud account. Granted, I still keep two other copies, along with the actual DATs, Mini-Discs, and so on. But I have useable access to loops from projects I did years ago, along with alternate mixes, different producer mixes and isolated tracks, plug-in presets. Seriously, dust off your old material and get it up on the cloud. 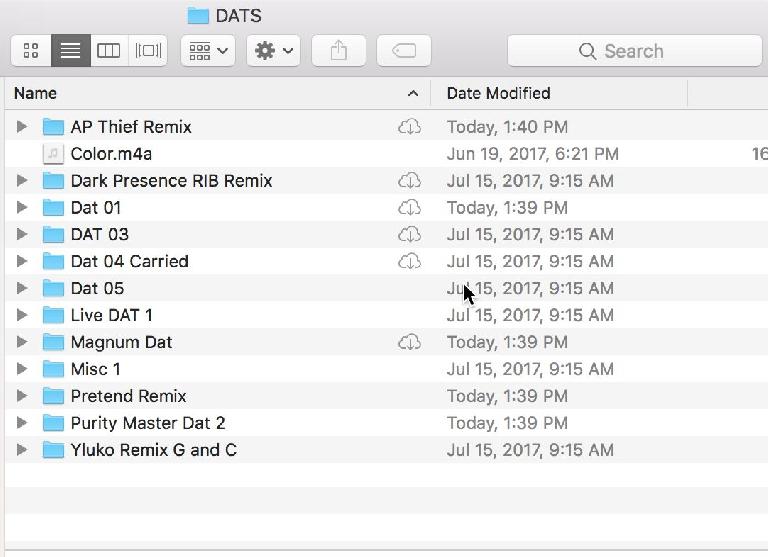 As I’ve purchased a healthy amount of sound and sample libraries over the last 28 years, my library has gotten quite large and takes up a lot of space. Being able to cheaply store some of these libraries and access them on my iPad and iPhone as well as multiple MacBooks I own has very much helped me customize and personalize my sound over the last year. 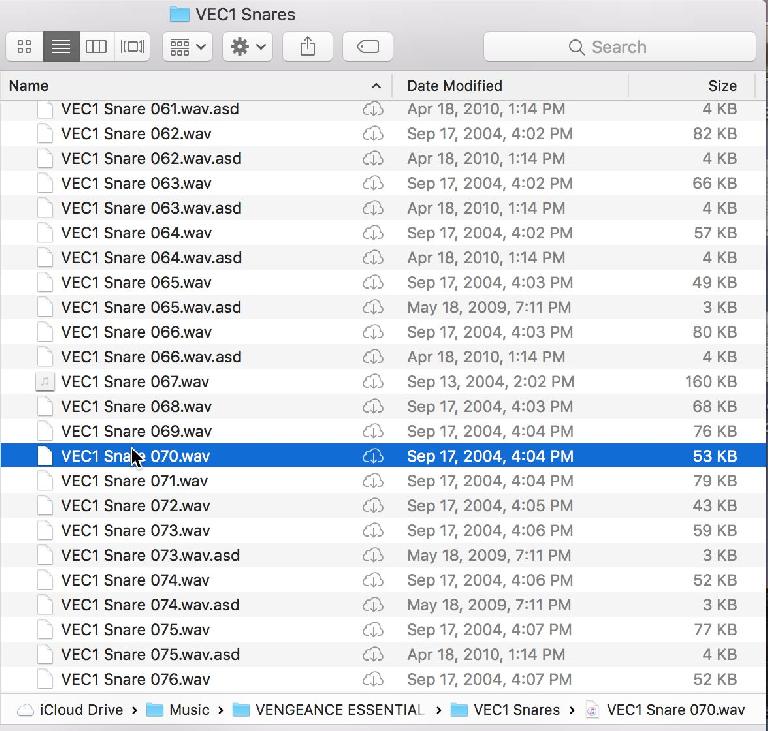 Before, and like my old master recordings, I had all of my libraries scattered around on different drives and some that hadn’t been used in a while are still on DVD. By taking some time, during a few slow days in my life, I was able to nail down sort of ‘all the loops, one-shots, samples, MIDI clips and full libraries you’d want on a desert island’ scenario. And guess what? I use them on the island all the time! Having access to a smaller or full version of my sample library means I can churn out a good performance regardless of what device I’m working on, because I know the samples well already. I know how certain effects blow up certain drum sounds. And I know how certain effects affect certain loops, with certain timings. I even can jump to killer environments, in the form of AIFF files, simply dragged in to Ableton, directly from the Cloud.

As a human being who is also a musician, I do take photos. And being a father, that means I take quite a lot. Also being a former military photographer and writer, I have to take pictures all the time. When I’m working for a website or an online business, I am sometimes creating videos, taking pictures and making music. Having access to my entire catalog of audio as well as my entire catalog of visual imagery via Photos in iOS has made my backpack much smaller.

For album covers, stage photos, scans of fliers and even album art as well as client photos I can access during meetings and share with others, this makes me kind of feel like a demigod. I did find I needed to organize these moments, projects and individual photos to some extent. This holds especially true for sensitive photos that I don’t want to slip out during a meeting. For the latter, I found dropping a non-sensitive pic in with a file of sensitive pics would immediately replace the folder photo. Easy fix. Gone are the days, apparently for Key photos, like in the iPhoto days, apparently. But there’s always a workaround.

iCloud has been a game changer for me as I’m constantly moving back and forth from house to gig to studio to gig. I don’t have a fixed studio at one location. So, careful tweaks and being careful with my file structure and money have definitely been in order. It’s way easier than ever to have a secure, virtual, working hard drive that spans multiple machines. Yes, you still need to keep a backup. Especially with all the hacking going on these days. However, Apple’s no dummy. Have you seen the place where iCloud resides?

Learn more about Mac OS X and its many features with pro video courses at Askvideo.com.
Related